JUST FOUR DAYS ago, 15-year-old Sophie O’Sullivan produced a terrific performance to take victory in the Women’s 800m B race at the Morton Games.

It led to plenty of comparisons with her mother – former world champion and Olympic silver medallist Sonia.

And she has only added to those comparisons by following in her mother’s footsteps at the Irish Life Health National Juvenile Championships in Tullamore earlier today.

Sophie delivered another impressive display as she claimed the U17 1500m title. Representing Ballymore Cobh, she clocked a time of 4.41.80 to finish ahead of Maeve Gallagher and Annie McEvoy. 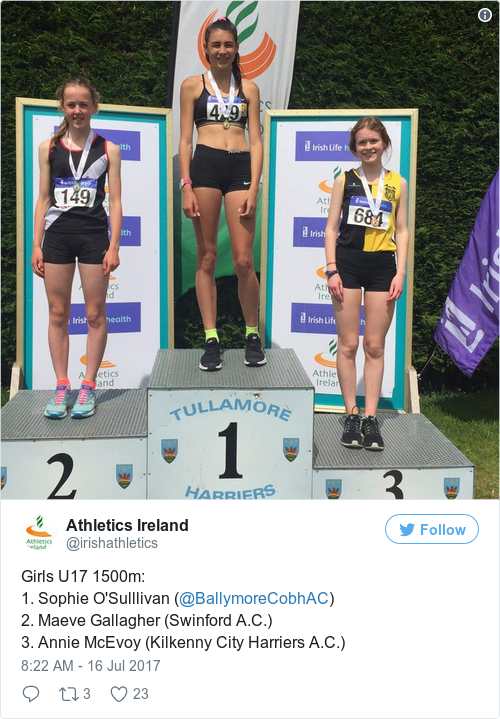 Sophie is already U17 Australian champion over both 800m and 1500m.