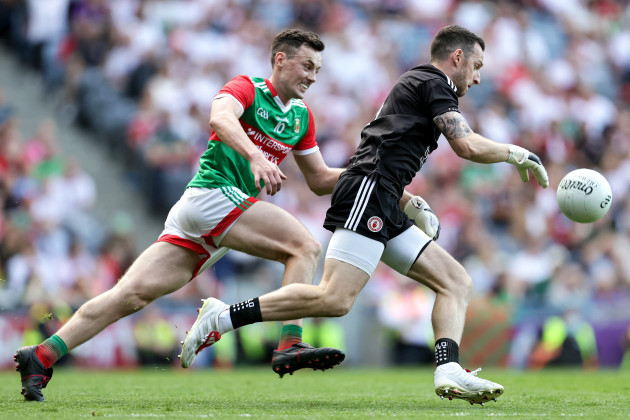 IT’S NOT EXACTLY a new role, but Niall Morgan and Rory Beggan certainly took the goalkeeping position to new heights this summer during the Ulster final.

Both net minders regularly pressed up on one another’s restarts, occupying zones and even contesting kick-outs in the air. They were heavily involved in open play and gave their team an extra body in possession.

Morgan drilled over a sensational free from 60m. Beggan raced back from outside his 45 to execute a perfect flick that denied Mattie Donnelly a certain goal.

In the past, Roscommon’s Shane Curran and Laois’s Graham Brady were known for their tendency to wander from the goals.

The difference with Morgan and Beggan is their ability to hurt the opposition on the scoreboard through assists and scores.

The role of the modern goalkeeper has been constantly evolving since Stephen Cluxton first started kicking frees and pinging kick-outs short. Both Morgan and Beggan play outfield for their clubs, as do Kerry’s Shane Ryan, Galway’s Conor Gleeson, Armagh’s Blaine Hughes, Cavan’s Raymond Galligan and Offaly’s Paddy Dunican, among others.

It’s likely a trend that will only increase in the future. 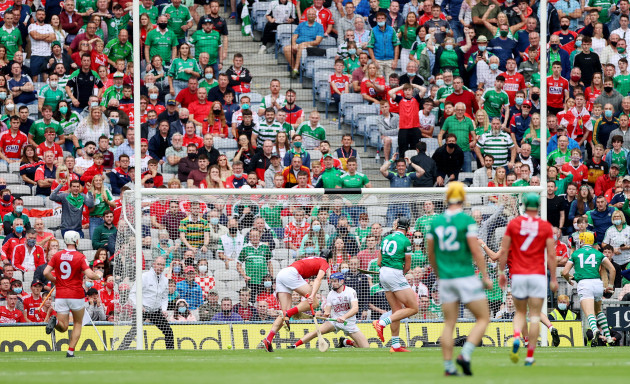 Gearoid Hegarty hits the net in the All-Ireland final.

For the first time since 2011, this year’s All-Ireland hurling championship featured no goalless games.

Anthony Daly recently suggested four points could be awarded for every goal a team scores after their first one, yet there’s no need. Recent evidence suggests green flags are on the rise again. There were 71 goals scored in this year’s championship, compared to 29 in 2020.

The running game employed by fast and powerful sides like Limerick, Waterford and Cork certainly creates more goalscoring opportunities. Perhaps the biggest reason is because of the new penalty/sin-bin rule which has seen players encouraged to go for goal more often.

Limerick typify the change in mindset. They only raised a green flag in one championship game in 2020. This season, they hit the net in every game and failed to score at least two goals on just on occasion – in the All-Ireland semi-final against Waterford. 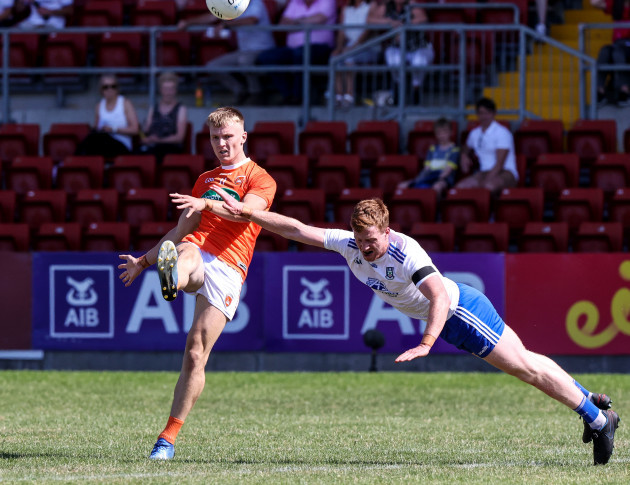 Armagh and Monaghan played out of the games of the championship in Ulster.

New rules like the advanced mark rightly garner much criticism and debate, yet success stories like football’s kick-out rule fly under the radar. Not allowing defenders pass directly back to goalkeepers from a kick-out has encouraged sides to press higher up the field.

The statistics show that a turnover deep inside opposition territory generally results in a high percentage scoring opportunity.

A change of management saw Tyrone go from a team that dropped deep in numbers, to one that matched up man-on-man and attempted to win turnovers high up the field. 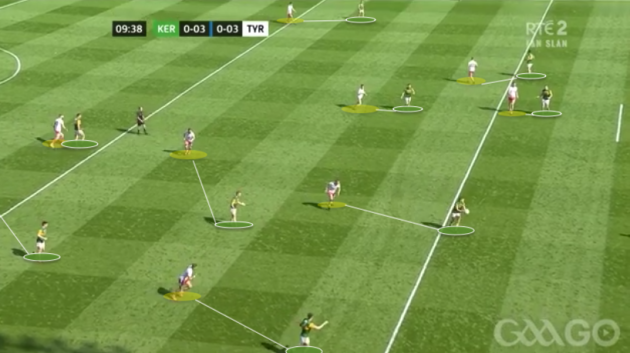 They trusted their athletic defenders to go man-on-man, like Mayo have done for years.

In addition, the majority of sides are now employing better attacking strategies. Forward lines are operating more as a unit, teams are leaving more players up the field and attackers are using modern moves like backdoor cuts to create space and keep defenders guessing.

The shift towards defending higher up the pitch resulted in Ulster SFC, so long known for its defensive football, average 39.6 points per game this season which was a record high. 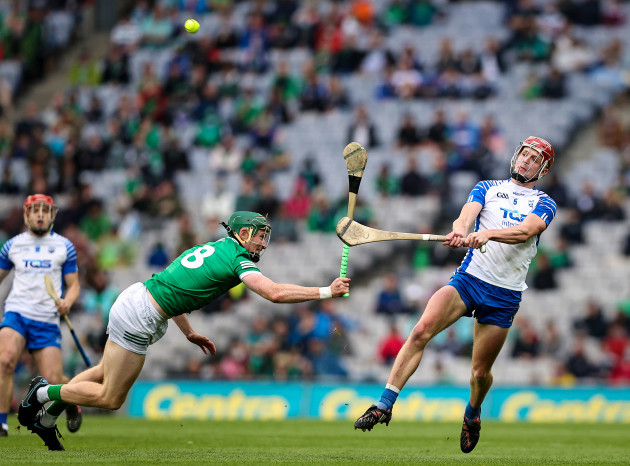 Waterford’s Calum Lyons has a strike from distance.

Despite the rise in goals this season, shooting from distance has become more prevalent in hurling over the last decade. The scoring zone has been expanded and it can be put down to changes in the sliotar, the prevalence of strength and conditioning and bigger bás on hurleys.

The middle third is generally flooded with bodies on puck-outs, with dropping midfielders and half-forwards often leaving half-backs to launch over scores from way out the field.

The move towards possession hurling and the tendency for teams to work the ball through the hands to the best option leaves half-backs being asked to shoot more often than ever.

A Kyle Hayes or Calum Lyons will storm forward and take the ball off the shoulder outside their own 65. If the pass isn’t on for a forward, the next high percentage option is to take the shot on or carry it forward.

An academic paper published in the International Journal of Performance Analysis last May by Paul O’Brien, Denise Martin and Johnny Bradley sought to determine the differences in performance indicators between winning and losing teams in the inter-county hurling championship. They found that having a higher total shot count and was among the most important factors for a winning side.

This was born out in the All-Ireland final, when Limerick took 54 shots, scoring 3-32, compared to Cork’s 33. Their wide count of 17 was far higher than Cork’s (nine), but it was the volume of shooting that did the damage for the Treaty even though the Rebels had a higher shooting efficiency (Cork 69% v Limerick’s 64%).

Diarmaid Byrnes and Declan Hannon clipped over a brace of points each in the decider, highlighting Limerick’s willingness to shoot from distance. 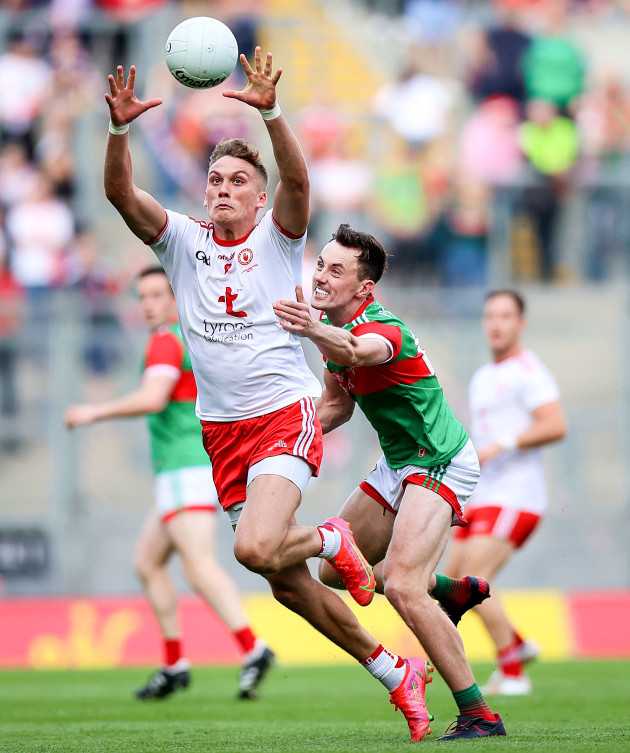 In each of Dublin’s six-in-a-row winning seasons, Stephen Cluxton sent his kick-outs long only when the option to go short wasn’t available to him.

Under Brian Dooher and Feargal Logan this year, Tyrone went with Brian Kennedy and Conn Kilpatrick at midfield and trusted their big men to secure possession from restarts.

Morgan went long with 15 of his 24 kick-outs against Mayo in the final, from which 1-3 directly arrived and they left another few chances behind them.

Innovative coaches often seek to exploit a high press to create scoring chances at the far end. Tyrone utilised Kilpatrick inside the Mayo half with a long Morgan kick-out and a fantastic catch from the midfielder led to Darren McCurry’s 58th minute goal.

In the second-half of the hurling final, Limerick overloaded one side of the field with bodies as a decoy and Nickie Quaid launched a puck-out towards the full-forward line who had oceans of space in front of them. 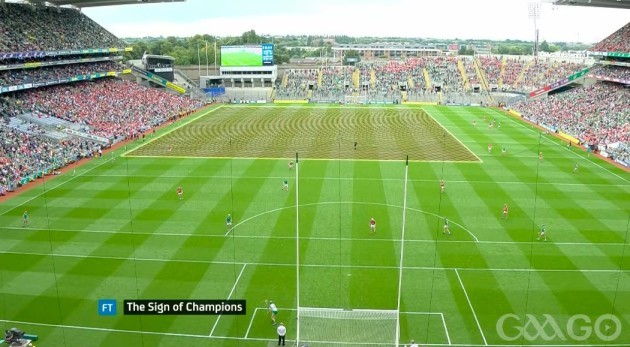 Using long restarts to exploit a high press or take opposing players out of position is a great way of generating scoring chances at the far end of the field. Expect this tactic to evolve further in 2022.