A GROUP OF Irish architects are rallying to protect the former Bord Fáilte headquarters on Baggot Street – which is due to be replaced with new offices – on the grounds it is a key piece of “architectural heritage”.

In June, it was granted permission by Dublin City Council to demolish the existing five-storey office and construct a new six-storey block in its place.

However in a 12,000-word submission to An Bord Pleanála, a group of nearly 80 appellants have asked the national planning authority to overturn the council’s decision.

The group is made up predominantly of architects who are members of the Irish chapter of DoCoMoMo – an international architectural heritage organisation.

In its submission, the group said the decision should be overturned due to the existing building’s architectural significance.

“The former Bord Fáilte headquarters building represents an important piece of our architectural heritage, which requires the protection in the face of this undesirable proposal for redevelopment,” it said.

“There are demonstrably other, more sustainable ways to redevelop the site.” 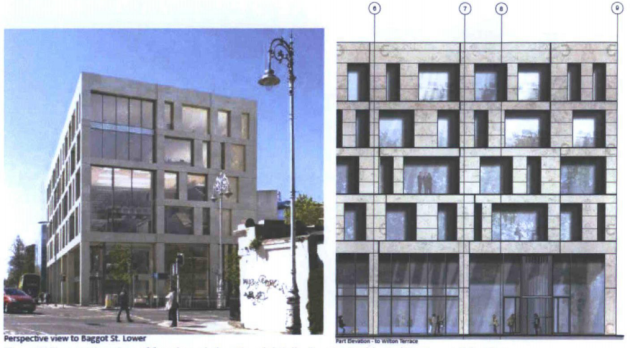 An artist’s impression of the proposed office development

It added that not enough buildings which reflect architecture from the mid-20th century are classed as protected structures.

DoCoMoMo also discredited a heritage report compiled by Richard Coleman. The group said the London-based consultant had “no particular knowledge of either the context or detail of the Bord Fáilte HQ building”.

The group also noted its concern about an increase in applications calling for premature demolition of “structurally sound and reusable” commercial buildings erected between 1960 and 1980.

The council development plan notes that the “retention, rehabilitation and reuse of old buildings can play a pivotal role in the sustainable development of the city”.

In recent times, the One Building near Grand Canal, the Bank of Ireland building on Baggot Street and Cumberland House on Fenian Street have been upgraded.

DoCoMoMo also noted that office block developments should be redirected to derelict zones in the Thomas and O’Connell Street areas before permission is granted to demolish existing buildings. 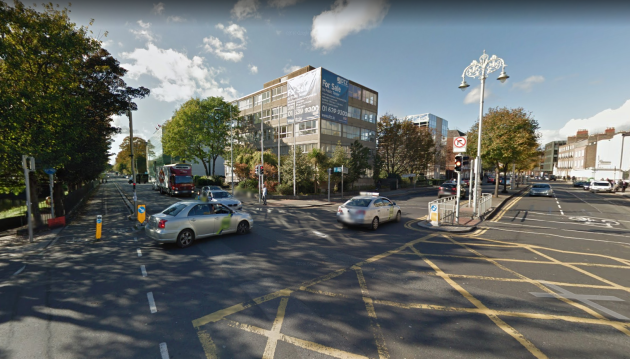 Last year there was a significant pick-up in demand for offices in the Irish capital, with space being snapped up at a rate unseen since the Celtic Tiger.

In its original planning application, Irish Life acknowledged that the demolition of the structure required justification because it was designed by respected Irish architect Robin Walker.

However, it noted that the building cannot “reasonably be considered to make a positive contribution to the character, appearance and quality of local streetscapes”.

Irish Life stated that its proposed office development would be more than double the floorspace of the existing building and could house twice as many employees.

It also cited an assessment of the building by Coll + McCarthy Architects that said the building is in poor condition.

“Even full refurbishment would not enable its improvement to a standard that is suitable for use as a modern grade-A office,” the application said.

While compiling its submission, Irish Life also received advice from commercial property firms Lisney and Frank Knight. Both recommended a full redevelopment of the site instead of a refurbishment.

They said the current building is “obsolete” and, even if it was developed, it would provide “sub-standard” office space at best. The case is due to be decided by 20 November.