WHAT HAS BEEN described as an “opportunistic bid to secure a substantial pay-off” is blocking the sale of a site and the development of a 349-bed student complex in Dublin’s Brewery Quarter, the High Court has heard.

Justice Paul McDermott was told that “a handyman” previously employed by landlord and businessman John Cantwell had now launched “a groundless claim for adverse possession” of a house within the area of planned redevelopment.

Barrister Barra McCabe, counsel for Cantwell, said Thomas Malone was alleging he had been in possession of 13 Ardee Street, Dublin 8, part of the proposed new development, for more than 30 years.

McCabe, who appeared with Kearns Price solicitors, said Cantwell had agreed terms of sale to Summix FRC Developments Limited of a group of buildings bounded by Ardee Street, St Luke’s Avenue and Brabazon Place, sometimes referred to as the Brewery Block.

Cantwell, in a sworn statement, said Summix had already executed the contract for sale and furnished a deposit currently held in his solicitor’s clients’ account. On the advice of Kearns Price he was not in a position to counter-sign the deal because of “the vexatious claim” lodged by Malone.

He said he was prevented from completing the sale and was fearful of the legal consequences of the delay Malone’s assertions would cause and the losses he and Summix may face. 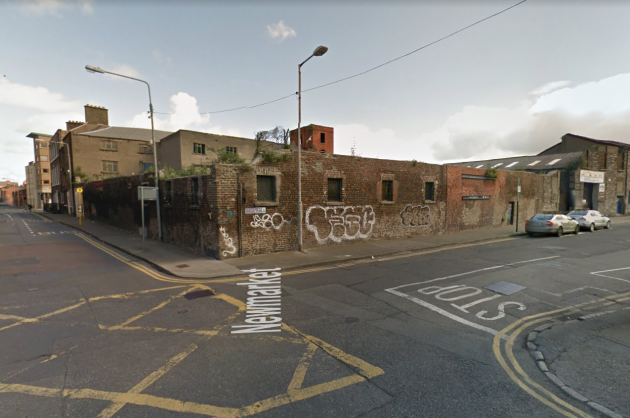 The site for the proposed development.

Cantwell told the court Malone had unsuccessfully attempted to register 13 Ardee Street in his own name with the Land Registry and had lodged an objection to Summix’s planning application for the 349-bed student apartment block.

He said Malone’s late father, also Thomas, who carried out maintenance work for his late wife Noelle Cantwell, had the use of a store at 13 Ardee Street to keep his tools and had always invoiced them from his home address in Bangor Road, Kimmage, Dublin 12.

He also engaged Thomas Malone Junior from time to time but he was always on the site with his, Cantwell’s, permission and had not exercised any acts that would amount to Malone’s sole and exclusive possession as alleged.

Cantwell said Malone had enormous ability to cause huge financial loss and damage to him and Summix that might never be recoverable.

McCabe, seeking to apply for injunctive reliefs against Malone, said his client had now been locked out of his property which had long been in an overgrown state. Cantwell would be responsible for loss or injury to anyone invited to the site.

Judge McDermott adjourned the matter until next week.