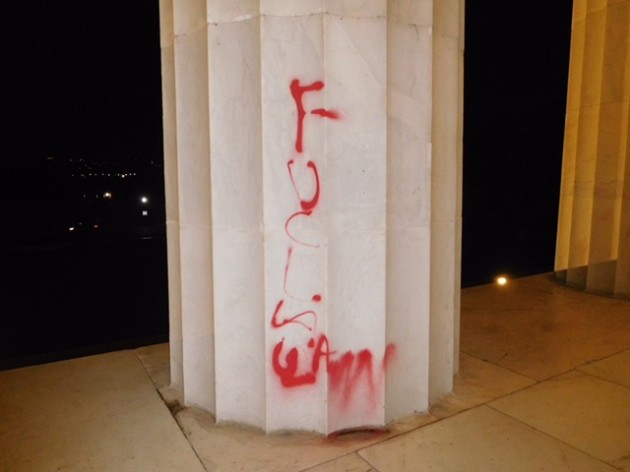 VANDALS HAVE DEFACED the Lincoln Memorial in Washington DC with an obscene message scrawled in red spray paint, the US National Park Service has said.

The writing on one of the huge columns at the monument dedicated to slain president Abraham Lincoln, who presided over the abolition of slavery in America, was detected in the early hours yesterday. 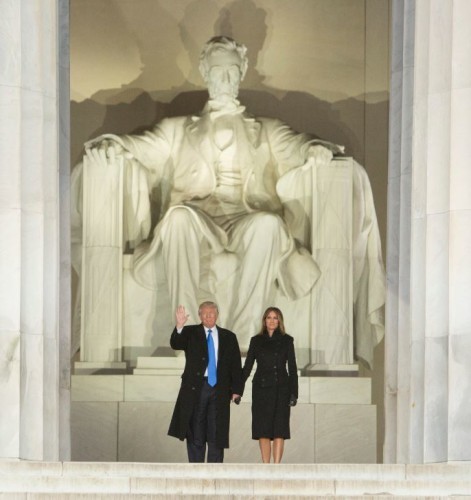 The message was difficult to decipher from the photo made available by the park service, but the government agency said it “appears to state ‘[expletive] law’”.

More indecipherable writing in silver spray paint was discovered on a Smithsonian museum map on Constitution Avenue, which runs along the National Mall. 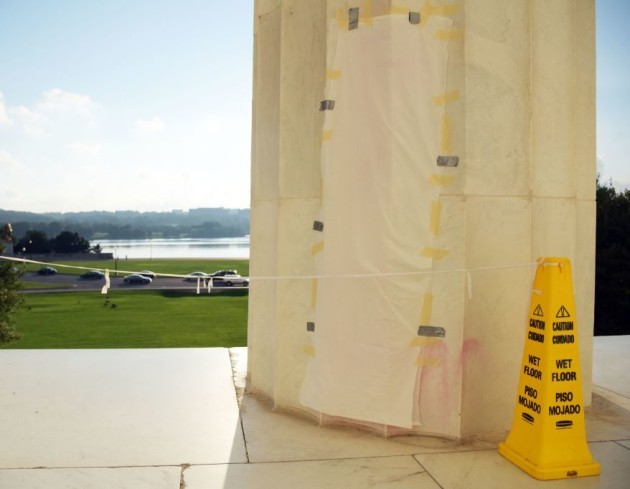 Crews are using a special, mild gel-type paint stripper to clean up the monument to the 16th US president, which towers over one end of the US capital’s National Mall, the service said.

Several treatments will be needed to remove all the graffiti.

The US Park Police is investigating the incident, which was not the first of its kind this year at Washington’s many monuments.

In February, the Lincoln and World War II memorials, as well as the towering Washington Monument, were vandalised with odd messages that included the phrase ‘Jackie shot JFK’, local media reported.