FROM A NEUTRAL perspective, this is a brilliant game to look forward to.

Galway against Waterford – two teams who haven’t won it for such a long time.

They’ll have two huge volumes of supporters converging on Croke Park and whatever happens, a new name will go on the Liam MacCarthy Cup and it’s going to be a superb occasion. 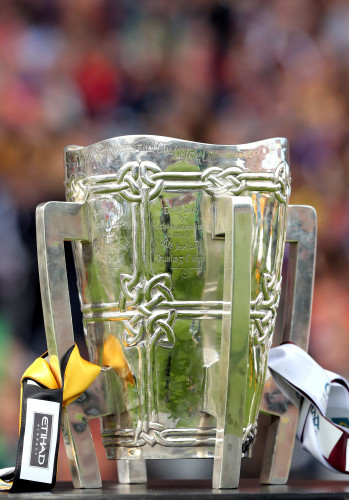 You would hope that both counties are enjoying the build-up and, in particular, both sets of players.

Galway, in my opinion, will start as favourites. They’re not so much strong favourites, but favourites nonetheless.

I haven’t seen a stronger team than Galway this year but at the same time, Waterford are coming to the boil nicely and they put in a superb shift in the All-Ireland semi-final.

It has all the ingredients to be a great match and it will probably be tight enough on the scoreboard.

It’s obvious to most people the styles of play that both teams will operate with.

Galway play it long, direct and fast. They’re very much conventional in the way they set up and how they go about attacking the opposition.

Waterford, on the other hand, are playing a slightly unconventional style but, to my mind, they’ve brought it to a new level. Because of that, they have a great chance.

I’ll take you back to my analysis of their semi-final victory over Cork, which you can read here.

What was evident from the word go was the amount of pressure they were putting on the Cork players in possession – and I would expect to see that again on Sunday. 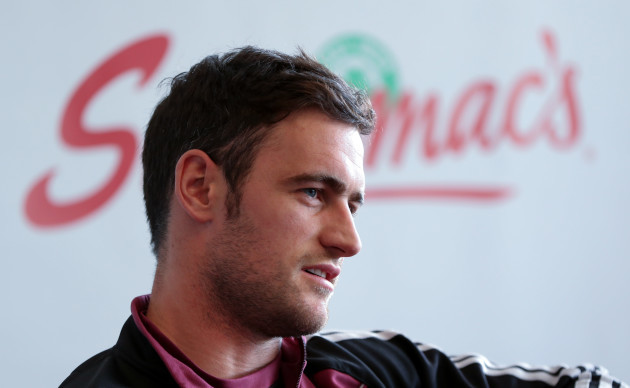 Captain David Burke will feel the heat in the Galway engine room.

They’ll look to upset Galway early and in this regard, being underdogs will suit them.

Waterford will feel that the pressure’s on Galway to make inroads on them early on – and not the other way around.

There was so much talk about Cork’s style of play, how well they used the ball, their use of the diagonal ball and how they utilised their own puck-outs.

Those were all facets of Cork’s play that I discussed following the Munster semi-final between the teams, which you can look back on here.

But when it came to Croke Park, Waterford had their homework done and nullified Cork’s key strengths. Waterford know exactly what Galway will bring to the table but the Tribesmen have two huge feathers in their cap this year.

They annihilated Tipperary in the League final and put them away in the All-Ireland semi-final, which was a huge game of hurling.

Galway are playing with enormous confidence, all of their key players are performing well, they have huge physicality, they’re clocking up big scores and they’re very, very dangerous. 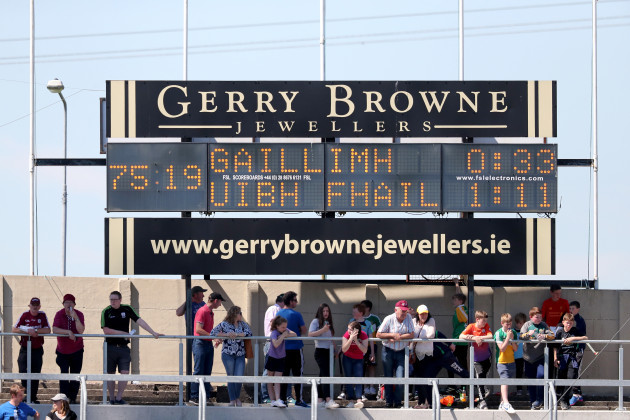 But what I really like about them is their defensive set-up. Their backs are the best group of defenders in the country and they will look to shut Waterford down up front. I think Waterford might struggle to break them down as a result.

If Waterford are to make inroads in this final, they’re going to need huge games from Austin Gleeson, Jamie Barron, ‘Brick’ Walsh, Kevin Moran, Tadhg de Búrca, Darragh Fives and Maurice Shanahan, when he comes on.

Noel Connors, Shane Fives, Kieran Bennett and Philip Mahony have big roles to play too, in attempting to close down Conor Whelan, Cathal Mannion and the Cooneys, Conor and Joseph. 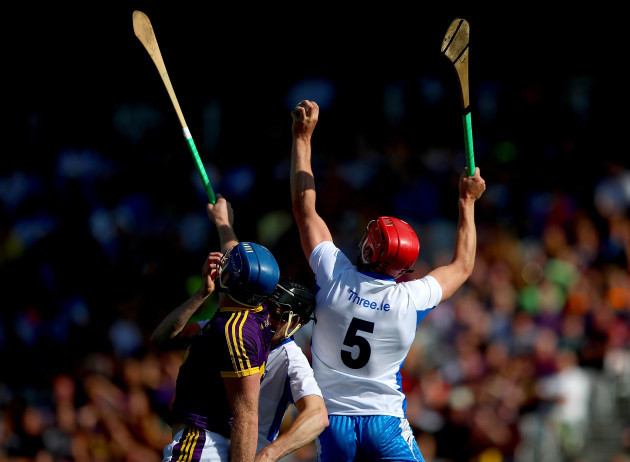 These one-on-one battles are going to be really interesting, particularly early on in the game.

Galway won’t have encountered a team like Waterford before now. Ok, they played Wexford in the Leinster final but they were generally fairly comfortable in that game, apart from the first half when Wexford did cause them trouble with some good use of possession and their ability to hit smart ball into their forward line.

But Waterford’s ability to play as they do is well ahead of Wexford – and they could make life very uncomfortable for the Galway backs in terms of moving them around.

It will be interesting to see if Galway track Pauric Mahony out the field or leave a spare defender back. With Waterford playing the sweeper system, Galway, by default, will have that spare man.

I discussed Aidan Harte as far back as last year’s All-Ireland quarter-final.

I’m a huge fan of his, and Padraig Mannion. Waterford will play with Tadhg de Búrca and Darragh Fives in deep-lying defensive positions. 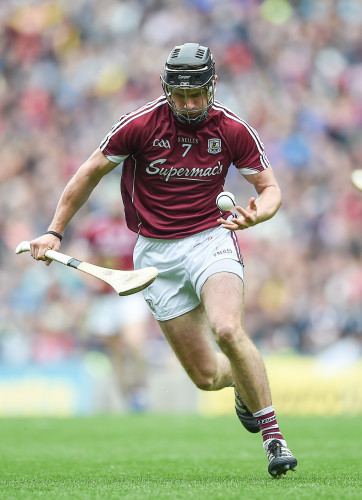 Pauric Mahony and Kevin Moran will play deep also and that will leave ‘Brick’ Walsh and Shane Bennett as their primary ball-winners inside.

They’re crucial players because they depend on ‘Brick, in particular, to win those fairly hard 50-50 balls.

In this piece I put together following the All-Ireland quarter-finals, I highlighted just how effective Michael ‘Brick’ Walsh is to the Waterford team, and the role he plays.

What Waterford have done brilliantly in recent games is to isolate ‘Brick’ on a player he has a physical advantage over. In the Wexford game, it was Willie Devereux and against Cork, it was Mark Coleman.

‘Brick’ is a very understated player. He doesn’t have huge pace and you won’t see him burn too many defenders but a lot of Waterford’s build-up play goes through him. 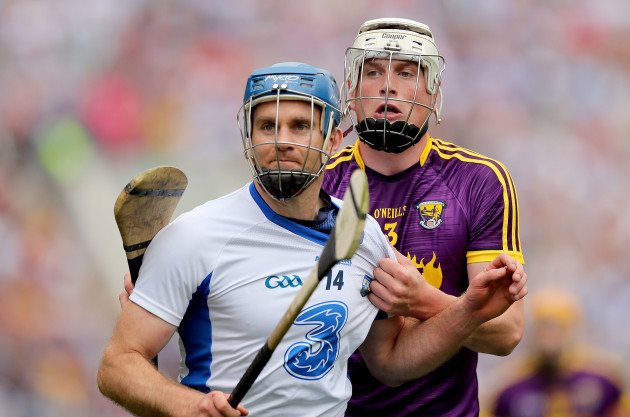 You’ll often see a Waterford defender playing the ball back to goalkeeper Stephen O’Keeffe, who’ll then go long towards ‘Brick’ with the clearance.

‘Brick’ is brilliant at gaining possession, holding it and drawing a free or waiting for team-mates to offer support.

I wouldn’t be surprised if Galway detail someone to pick him up from the word go, and prevent him from getting on the ball.

But why I have Galway as favourites is because they’re such a formidable unit defensively and offensively.

It’s difficult to pinpoint any of the Galway defenders that ‘Brick’ would have a physical edge on and overall, it’s hard to see how Waterford’s forwards will dominate in one-on-one scenarios.

Waterford must also be conscious of the likes of Padraig Mannion and Aidan Harte in a free role because those Galway players have the ability to hurt their opponents.

They’re superb ball strikers and possess the ability to pick out their forwards with top class ball. They’ve become better and better as the year has gone on.

The Joe and Austin show 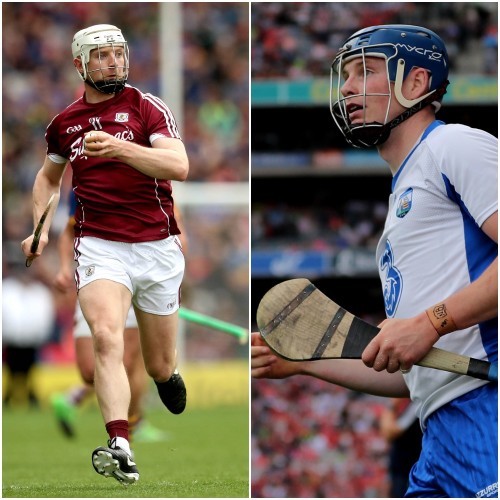 Question: How will Waterford deal with Joe Canning?

It’s a difficult one to answer but I’d make this point: I reckon that Waterford will first of all look at how they’re going to curtail the likes of Conor Whelan and Cathal Mannion.

You’ll probably see Noel Connors and Shane Fives on them straight away and Barry Coughlan mans the full-back position and looks after whoever comes in there, most likely Conor Cooney.

A lot of Galway’s attacking strategy will of course depend on how Canning is utilised.

If de Búrca and Darragh Fives are sitting along the half-back line, Galway might decide to withdraw Joe even deeper, and into midfield.

This is where things get chaotic. Waterford don’t tend to man-mark in the middle third because they have so many bodies there in the first place. 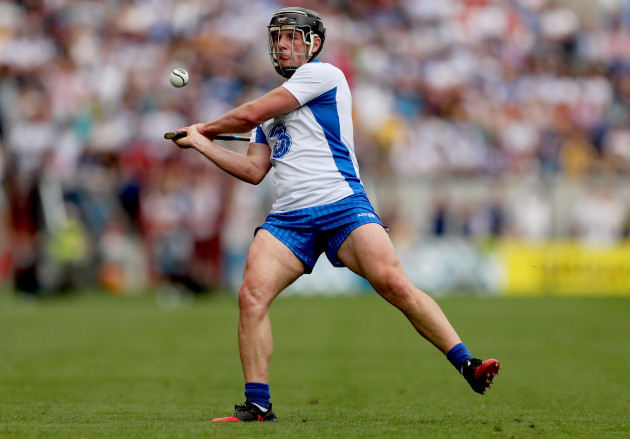 For most of the game, Waterford could have as many as six bodies in the middle third and that’s a lot of traffic.

Waterford will really look to gain an advantage here and they’re experts at playing in tight spaces. It doesn’t faze them because they’re so good at cleaning up in rucks, holding possession until the right option presents itself, and playing that possession game.

Waterford might make one or two lateral or backwards passes before they go forward. But that’s not Galway’s style – they go from front to back as quickly as possible.

Gleeson’s a very crucial player for Waterford. In the semi-final, he was well below par but then exploded into the game.

But it’s more difficult to stay below the radar in an All-Ireland final and then thunder into it.

If Gleeson’s to have a good game and exert a big influence, he needs to be on the ball early.

There’s a bit of pressure on him too because he can’t really afford any kind of controversial moment early in the game, in light of what happened against Cork.

He escaped a suspension fairly narrowly, I’d suggest, and has to be on his best behaviour.

But equally important for Waterford is Jamie Barron. He’s been more of an influence for them this year and must be very close to the Hurler of the Year award, along with Galway’s Conor Whelan and Padraig Mannion, I’d argue. 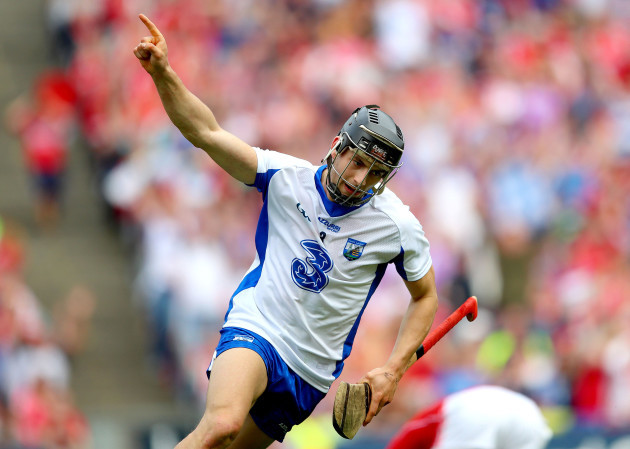 Barron is just colossal. He’s done enormous damage with runs from midfield at the right times. He could cause Galway a lot of trouble.

It’s a cliché but in these big games, you need your big players to stand up.

Austin’s in that category but he’s still young and that consistency is not quite there yet.

But if he does something big early, he could be off and running. I scored an early point in the 2001 All-Ireland final against Galway and it gave me an enormous shot of confidence.

I immediately felt the pressure drain away and I was relaxed and in control of what I was doing. 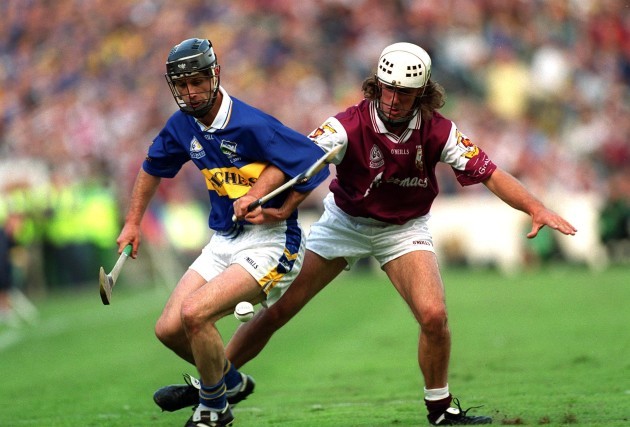 An early score in the 2001 All-Ireland final helped to settle me down.

From that moment, I’d a fair idea that I’d have a really good game but I’d also had enough of coming second and not measuring up. I was sick to death of it.

Unless someone shot me through the head, I was going to play well in Croke Park that day.

I think Galway are going to win this final. Waterford will not have met a team as good defensively as Galway are.

The absence of Conor Gleeson is also a big setback for Waterford. He’s been one of their big players this year, marking the likes of Alan Cadogan, Richie Hogan, Conor McDonald and Conor Lehane.

He could well have picked up Joe Canning if available but he’s a guy who can pick up a player who’s doing damage. Gleeson is flexible and it’s very unfortunate that he’s suspended. 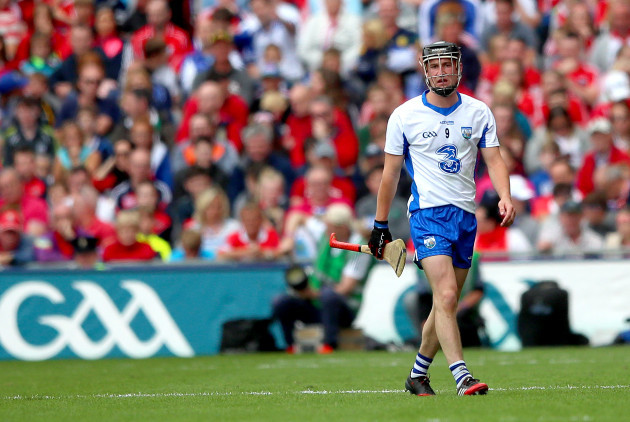 Galway’s defenders have been fairly impressive in this campaign, albeit Tipp did leave two goals and a few points behind them in the semi-final.

But Waterford play a much different style to Tipp, and I find it hard to see how they’ll get a major advantage up front against some of Galway’s key operators like Daithí Burke, Gearóid McInerney, Padraig Mannion and Aidan Harte.

The other reason why I fancy Galway is their brilliant consistency so far. They tore Tipp apart in the League final and when it really mattered, in the All-Ireland semi-final, they put the Premier County away.

They’re playing with supreme confidence and all of their key players are fit and healthy.

Their time has come and they have the world of experience in terms of near misses in All-Ireland finals. 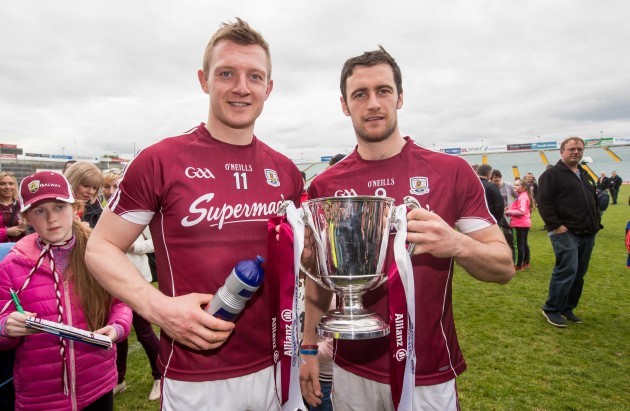 I fancy Galway to add the All-Ireland title to the Leinster and League (pictured) crowns won earlier this year.

They’ve been here as recently as 2015 and I think they’ve matured sufficiently.

Even if Joe Canning is held, they have enough ammunition in other positions to do damage.

Yes, they’ll be presented with a challenge they haven’t seen before and will find themselves in very dangerous territory if they can’t cope with it.

But Waterford will struggle unless they get a lead early in the game. And I don’t see that happening against this Galway team.

Here are my predicted starting 15s: