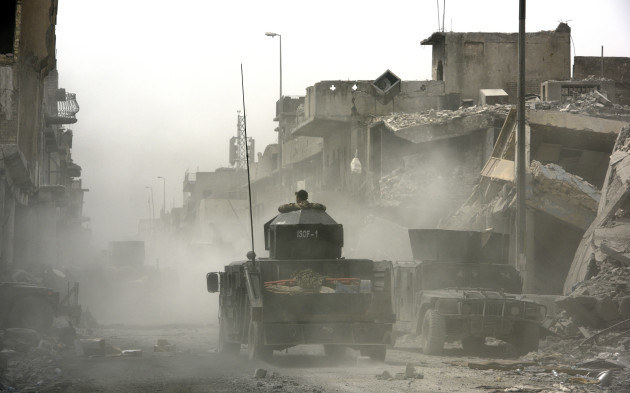 IRAQI FORCES HAVE launched an assault to retake the northern city of Tal Afar from the Islamic State group, after ousting the jihadists from Mosul last month.

Tal Afar lies around 70 kilometres west of second city Mosul, which Iraqi forces recaptured in early July in a major blow to the jihadists.

In a televised speech, Prime Minister Haider al-Abadi, dressed in military uniform and standing in front of an Iraqi flag and map of the country, announced “the start of an operation to free Tal Afar”.

“I am saying to Daesh [IS] that there’s no choice other than to leave or be killed,” he said.

“We have won all our battles, and Daesh have always lost,” he said, telling his troops: “The entire world is with you.”

Several hours after the start of the battle, the federal police said it had retaken the village of Al-Abra al-Sghira west of Tal Afar.

IS jihadists overran Tal Afar in June 2014, a Shiite enclave in the predominantly Sunni province of Nineveh, on the road between Mosul and Syria.

At the time, it had a population of around 200,000. Local officials said it was impossible to know the exact number still living inside the city. 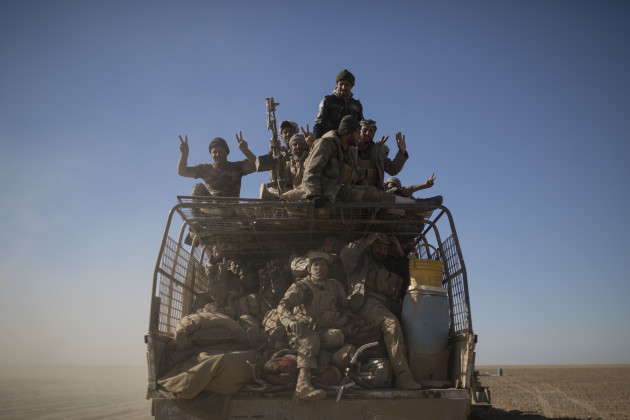 File photo of paramilitary troops with the Popular Mobilisation Unit, who are assisting in the fight to retake Tal Afar.

Authorities have accused the approximately 1,000 jihadists in the city of using civilians as human shields during Iraqi and US-led coalition air strikes earlier this week in preparation for the ground assault.

Even before the Abadi’s announcement, Iraqi planes had dropped leaflets to residents in Tal Afar and its surroundings, the Hashed said in a statement. A radio station was set up to keep residents informed of developments.

IS overran large areas north and west of Baghdad in 2014, but Iraqi forces have since regained much of the territory.

Once Tal Afar is retaken, Iraqi authorities intend to turn their sights south to launch a fight to retake jihadist-held Hawijah, in the province of Kirkuk, 300 kilometres northwest of Baghdad.

IS has also suffered major setbacks in Syria, where US-backed fighters have retaken around half of its de facto Syrian capital Raqa.

Russia-supported Syrian troops have almost entirely encircled IS in Syria’s central desert region, and the jihadists are facing twin assaults from the Lebanese army and Shiite movement Hezbollah on the Lebanon-Syrian border.