LONDON LANDMARK BIG Ben will fall silent today for four years as a political revolt rumbles on over renovations that will rob England of a cherished symbol at a time of national uncertainty.

Westminster’s Elizabeth Tower, one of Britain’s most popular tourist attractions, is due for conservation work.

The famous clock’s bells are set to stop ringing at midday over safety concerns, silencing an emblem of continuity as the country grapples with Brexit negotiations.

The decision will protect builders working on the site, amid fears that prolonged exposure to the 118-decibel bongs from the 13.7-tonne Big Ben bell, which chimes out the hour, could damage hearing.

But the debate has swiftly moved into the political sphere.

The shutdown will coincide with the UK’s impending departure from the European Union – a period set to be politically turbulent and economically fraught.

The bongs are a venerated part of life in England, used at the start of radio and TV newscasts and the midnight countdown to New Year’s Day. The sound is also familiar to many people beyond the country, as it is broadcast on the BBC World Service.

Pro-Brexit members of parliament have criticised plans to shut down the chimes for what would be the longest duration in the clock’s 157-year history. 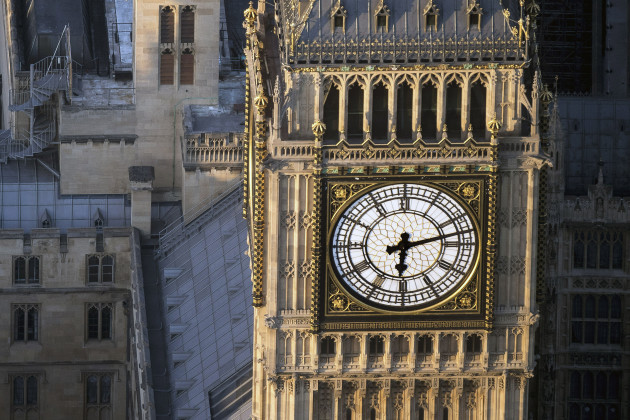 Prime Minister Theresa May is among those who have raised concern.

“Of course we want to ensure people’s safety at work, but it can’t be right for Big Ben to be silent for four years,” she told reporters.

She hoped a House of Commons commission would “look into this urgently so that we can ensure that we can continue to hear Big Ben through those four years”.

The Commons has said that it “will consider the length of time that the bells will fall silent”.

“Of course, any discussion will focus on undertaking the work efficiently, protecting the health and safety of those involved, and seeking to ensure resumption of normal service as soon as is practicable,” it says

Under the plan, a lamp at the top of the neo-Gothic bell tower is also set to be turned off for the first time in more than 70 years, but it is not yet known when it will go dark, or how long it will be off for.

Andrea Leadsom, the Leader of the House of Commons, held emergency talks on Friday with Speaker John Bercow, who chairs the Commons panel that approved the measures.

The commission has agreed to meet next month to review whether the bongs can be heard on certain exceptional days. 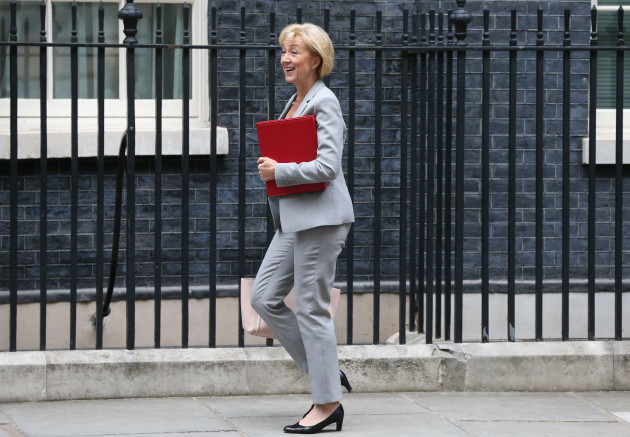 Leader of the Commons Andrea Leadsom arriving at 10 Downing Street for a Cabinet meeting.

Under current plans, the bells would still ring on important occasions such as Remembrance Sunday in November, which commemorates Britain’s war dead, and New Year’s Eve.

A trio of MPs from May’s Conservative Party are calling for the clock to be back in action on the eve of 29 March, 2019, when the UK is due to leave the European Union.

“It would be very fitting if Big Ben was to chime us out of the EU. We need to go out with a boom as we regain a sovereign parliament once again,” said MP Andrew Bridgen.

The 96-metre (315-foot) high tower is the most photographed building in Britain. The renovation is estimated to cost £29 million (€31.9 million).

But politicians have claimed that when they agreed to the work, they did not know the chimes would be silenced for four years.

A YouGov poll published on Saturday found that 44% of Britons believe Big Ben should be silenced during the renovations, except for special occasions, while 41% said it should operate as normal.

Some MPs have suggested the bells could ring outside of the conservation team’s working hours.

But the Commons said starting and stopping the clock took around half a day, and this would be neither practical nor “a good use of public money”.

Some commentators have dismissed the Big Ben debate as superficial or a distraction, given the far greater stakes of Brexit.

In March, May triggered the two-year countdown for leaving the EU – but critics say that as the clock ticks to the crucial deadline, her government is adrift and divided.

“(P)erhaps the cabinet room could be relocated to within six feet (two metres) of the bell,” suggested The Guardian’s Marina Hyde.

This way, she said, ministers could be provided “with a frequent reminder of the need to acquire a clue, like, months ago”.

Read: Big Ben won’t ring for another four years after next week

Read: A little girl has offered to shout ‘BONG’ for the BBC while Big Ben is being repaired