RIGHT-WING NEWS website Breitbart has apologised for using a photo of a German footballer on a story about migrant gangs.

The story, provided by newswire AFP and carried on the site’s British homepage, was headlined “Spanish police crack gang moving migrants on jet-skis”.

The photo, however, showed Lukas Podolski on a jetski during the 2014 World Cup in Brazil.

After the mistake was pointed out across social media, the picture was changed and an apology added which read:

A previous version of this story included an image of Lukas Podolski on a jet ski. This image appeared as an illustration of a person on a jet ski. Breitbart London wishes to apologise to Mr Podolski. There is no evidence Mr Podolski is either a migrant gang member, nor being human trafficked. We wish Mr Podolski well in his recently announced international retirement. 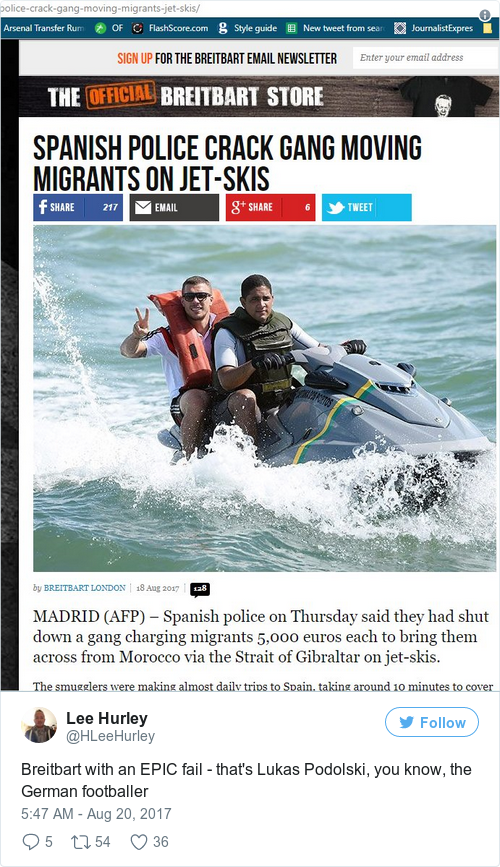 Podolski recently finished his Germany career with 49 goals in 130 games. Although his family did migrate from Poland to Germany when he was a child, he has not been running a migrant gang in recent weeks. Instead, he has been playing for Vissel Kobe in Japan’s J-1 League.

Read: The United States is about to experience the best eclipse in a lifetime… but how long does Ireland have to wait?