DUNDALK’S DREAMS OF European group stage football, and a date with Celtic, were ended in Trondheim tonight as Stephen Kenny’s men bowed out to Rosenborg.

Brian Gartland had given the Lilywhites a first-half lead but, like last week’s first-leg, it wasn’t an advantage they could hold onto until the interval with Yann-Erik De Lanlay drawing the tie level.

The game remained on a knife-edge until Matthias Vilhjalmsson handed Rosenborg a passage through with a header in the first half of extra-time.

It was a cruel way to end what was a valiant effort by the champions of Ireland.

In what was their first meaningful foray behind enemy lines, John Mountney forced a corner which Michael Duffy swung-in for the towering central defender who headed to the corner of the net.

The Lilywhites really ought to have doubled their advantage three minutes later when another Duffy set-piece — this time from the opposite corner — provided David McMillan with a free header.

But from six-yards the striker’s powerful nod was saved superbly by Anders Hansen in the home goal.

Duffy and Mountney continued to look dangerous in Dundalk’s attack but the home side battled their way back into contention as the first half wore on. 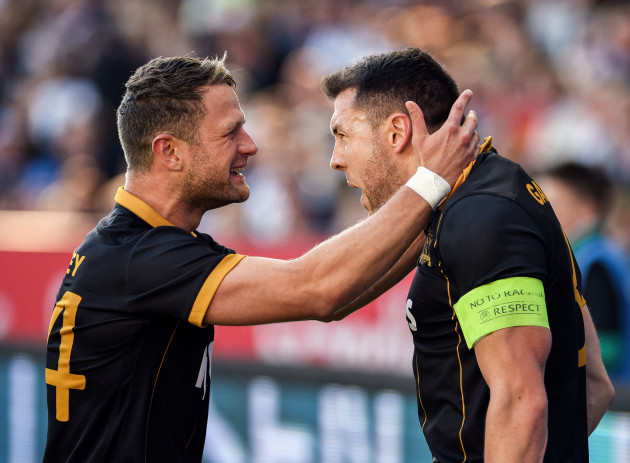 You couldn’t quite call Dundalk’s play tentative, but they were appearing to stand-off as the hosts committed waves to attack.

It took a miracle block from Niclas Vemmelund to deny Vegar Hedenstad an equaliser before De Lanlay raced in behind the visiting rearguard, receiving Mike Jensen’s through ball before finishing past Gary Rogers to leave the score tied at 1-1 at the break.

The home side remained in the ascendancy during the second half with Jensen continuing to make them tick in midfield. Stephen O’Donnell’s presence was requested by Kenny in a bid to deny the Dane space.

Duffy was the man called ashore, a move which greatly reduced Dundalk’s potency on the break as Rosenborg penned them in.

Benson came closest for Dundalk in the second half when his bending 20-yard free-kick forced Hansen to produce another fine stop.

The biggest talking point from the incident was the persistent fouling of the already booked Jevtovic in the build-up.

The Rosenborg attacker, who had been booked on 74 minutes, committed three fouls after his original misdemeanour with the match official Aliyar Aghayev being lenient in the extreme as the match finished level with extra-time ensuing. 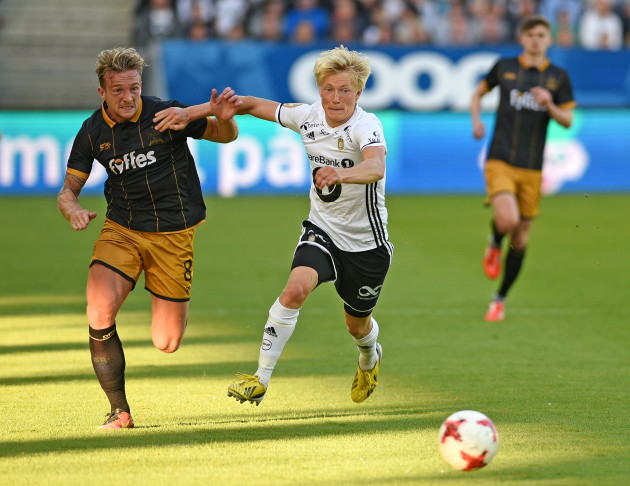 Substitute Vilhjalmsson’s match-winning goal arrived eight minutes into extra-time as the Icelandic international nodded Hedenstad’s delivery to the top-corner of the net.

At that point, the contest looked decided with Dundalk heavily jaded.

Ciaran Kilduff almost provided them with the perfect tonic — and an aggregate advantage — at the death of the first period of extra-time when his shot was acrobatically saved by goalkeeper Hansen.

The second quarter-of-an-hour offered little in the way of opportunities, apart from a Jensen shot which Rogers saved, as Dundalk bowed out and the Scandinavians booked their place in the third qualifying round of the Champions League.