CHRIS EVANS, GRAHAM Norton, and Gary Lineker are the BBC’s top three paid presenters, according to figures released in the broadcaster’s annual report.

The BBC published their salaries on their site today:

The exact pay package for each staff member or contributor isn’t revealed; instead different pay-ranges are divided and people are listed in groups. 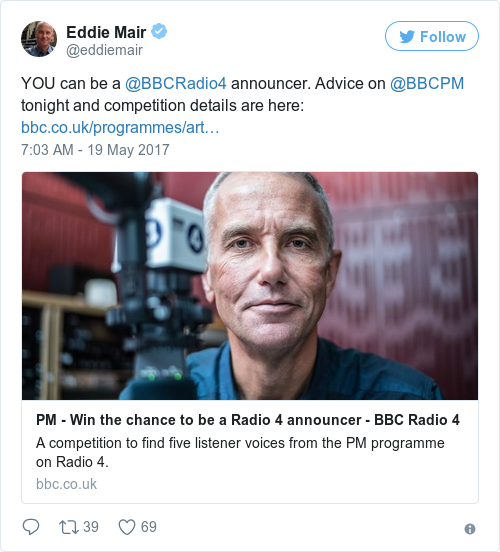 YOU can be a @BBCRadio4 announcer. Advice on @BBCPM tonight and competition details are here: https://t.co/qvAskRwU0t

Tony Hall, BBC Director-General, defended the pay packages, which are partly funded by public money: “Of the 43,000 talent contracts with the BBC last year, less than a quarter of one per cent were paid more than £150,000.”

“We have significantly reduced the total bill spent on paying talent, down again this year by 2.5%. The bill for top talent is down 10% year on year, and down by a quarter over the last five years.

At the same time, there has been significant cost inflation across the industry, so that BBC has made savings in an environment where costs are significantly up.

As the presenters’ earnings were announced this morning, some criticisms were leveled at the BBC for a gender pay gap between their staff members and contributors. 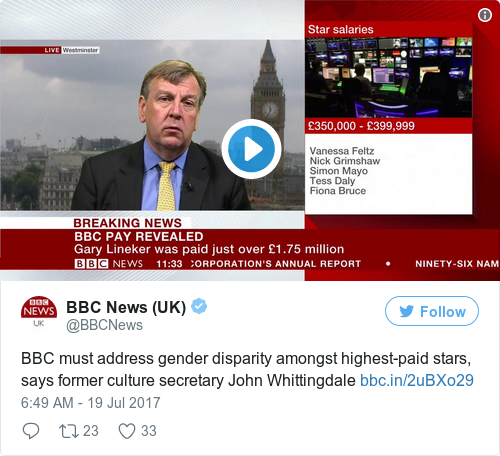 Alot of explaining for BBC to do, but look to be clear gender imbalances in news and sport. Eg – John McEnroe paid same as Clare Balding…

Hall admitted that only one-third of its top-paid staff members are women, saying that “we’ve made progress, but we recognise there is more to do”.

“We’ve set a clear target for 2020: we want all our lead and presenting roles to be equally divided between men and women. And it’s already having an impact.

If you look at those on the list who we have hired or promoted in the last three years, 60% are women and nearly a fifth come from a BAME (Black, Asian and minority ethnic) background.

The Guardian has put this list together of presenters, and compared their experience to see if the gap is one based purely on gender.

Read: ‘So, what are you?’: BBC presenter under fire for questioning if Konta is truly British