A FORMER DUBLIN underage hurler is cycling to Lake Garda in Italy, and is talking over the phone about a time when he got a call from the hospital telling him his life was in peril. 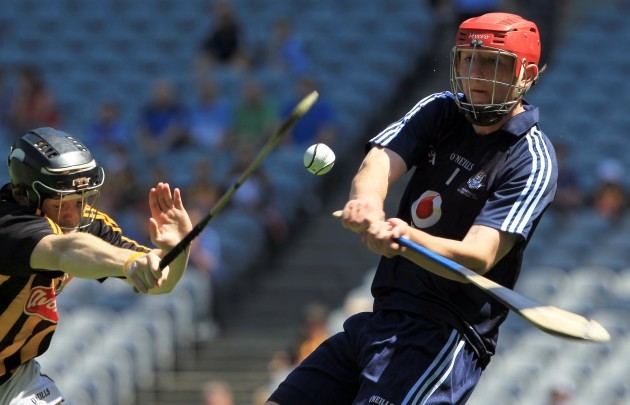 Cormac Ryan in action for the Dublin minors in 2011.

He’s on Day 21 of a mammoth 6,000km charity cycle, which charts a path from Achill to Athens. Pieta House and Bodywhys — two facilities that are personally significant to him — are the charities who will be benefiting from the proceeds.

On the day we speak, he’s just a few months on from completing his treatment for an eating disorder at a facility in Dublin. There’s a dedicated tweet to his nine-year battle with the disease at the top of his account, where he’s also tracking his progress across Europe.

He’s passing through France, Italy, Austria and various other spots before hopefully arriving into the Greek capital on 28 October.

This is his third such cycle, having previously travelled big distances on the bike in aid of cardiac and mental health charities in the past.

There’s no major panting in his voice as he pedals, the sound of cars overtaking him and his fellow riders the only real sound coming through the phone line throughout our conversation.

Cormac Ryan was in town on a Friday afternoon in 2012 when he got the emergency call summoning him to Beaumont where he was fast-tracked through A&E. He was put in a wheelchair and told not to walk for fear of endangering himself further.

“The consultant came in,” Ryan explains taking up the story with The42, “and shook my Dad’s hand, thinking he was Cormac. That was when it started to get serious and thinking there was something wrong.”

149K of traffic and urban areas. The type of cycling that is impossible to enjoy but we persisted and ultimately are delighted with an honest, resilient effort.#AchillToAthens https://t.co/iR69rOtVYS pic.twitter.com/NgQ9siQhfE

Ryan was the goalkeeper for the Dublin minors when they reached the All-Ireland final against Galway in 2011. He never really liked the position, but if he wanted to make strides at inter-county level, he knew he’d have get comfortable between the sticks.

That was a Dublin outfit that included talents like Cormac Costello, Chris Crummy and Ciarán Kilkenny.

Dublin fell short of the Tribesmen that day, but Ryan was back in goals again shortly after, this time lining out for his club Whitehall Colmcille in a county minor football semi-final.

Ryan’s game was cut short as he was forced to make way due to repeated bouts of dizziness. Aside from suffering from asthma, and some extreme tiredness at school, this had never happened to Ryan before.

Further episodes of chest pains and breathing difficulties followed along with more trips to the hospital which couldn’t determine the cause of Ryan’s problem.

“I never went into cardiac arrest,” says Ryan, “but there was real panic because I’d get really bad chest pains and my breathing was all haywire. It was probably a vicious circle, I couldn’t breathe, was getting chest pains and probably a bit panicked.

“Obviously what was going on with my heart, in terms of the fact it was stopping briefly. My heart would stop for four or five seconds at a time and it would skip beats. And it would just really go out of sync, that was obviously giving me all the symptoms. It was scary, I didn’t know what was going on.

“But then it kept happening and it happened three or four times, and they were telling me I was fine. After it happened the third or fourth time, Dad said there’s something not right here.

“There was a respiratory consultant in the club at the time who works in Beaumont. He arranged for me to be reviewed and he said to put a cardiac monitor on, just to be sure.”

It was after he was fitted with the monitor that Ryan’s medical issue became a bit clearer. He was kept at Beaumont hospital where his cardiac activity was monitored over the weekend. On the Monday, Ryan was informed that he required a pacemaker and would have to undergo a battery of tests and scans.

“It was weird,” he recalls, “it was as if the pacemaker wasn’t the issue, it’s, ‘Can I hurl?’ And they said, ‘No, generally, people wearing pacemakers aren’t allowed play contact sport.’ And then all hell broke loose, I was inconsolable.

“I rang Mam and Dad and then went crazy at them for telling an 18-year-old that. I was having a meltdown. I didn’t even care about the heart, all I cared about was the hurling. It was a bad time.

“To this day, they still don’t know why it happened. It’s not genetics, they’ve tested the whole family, and they can’t find a reason for it. 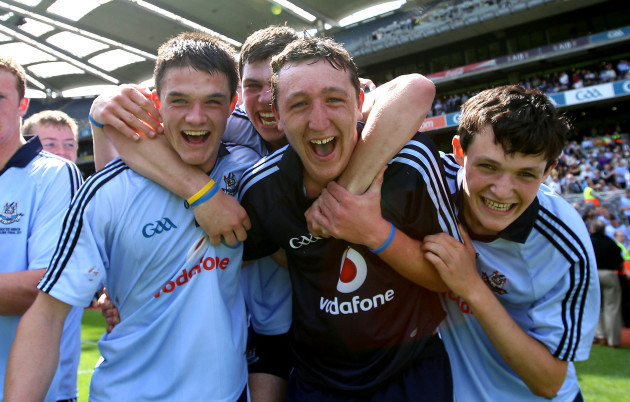 Finally discovering the problem with his heart was just the start of a difficult period for Ryan.

His grandfather — a second Dad to Ryan who was in hospital around the same time as his grandson — passed away in April 2012. Ryan needed to have his pacemaker refitted the following month over a fault in the device.

He had been ordered to leave hurling aside, and was also instructed to take a year out from college due to the trauma he had experienced. Ryan also had shoulder injury which required surgery and he decided that now was the time to get that box ticked.

“So, between the three surgeries, not going back to college and losing Grandad, I just withdrew,” says Ryan looking back.

“And I had no concept on how to process any of it. Looking back now, there’s no way I could have processed it. I had no clue what was going on. My life had literally been turned upside down and I never knew if I was going to get back hurling.

“I wasn’t sleeping, I had a really big fear of going to sleep. The consultant told me that if anything bad would have happened, it would happen in your sleep because my heartrate was dropping so low at night. I don’t know if I got insomnia but I was too afraid to go to sleep. I would stay up and be quite distressed, and then I’d eventually pass out and wake up the next morning.

“I wasn’t eating well, wasn’t sleeping well and the whole thing was a shit show and when I slowly deteriorated, I became really low. I was probably grieving a lot and probably didn’t allow myself to get the psychological help I needed when it was offered, and I just kind of spiralled a bit.”

The enforced time out from sport also sparked the beginning of an eating disorder. As Ryan puts it, the inactivity for the year caused him to “put on a bit of weight,” and he gradually became more aware of his body shape.

Being in the company of well-conditioned athletes upon his return to hurling exacerbated his self-conscious mood too.

“It doesn’t take an idiot to be in a dressing room and there’s 20 other lads, and be aware that you might look a bit different from them in terms of physical conditioning. So, that’s probably where it originated from. It wasn’t like I was unwell for nine years. It was very gradual.

“I hid under the blanket of, ‘Oh, I’m looking after myself’ for probably seven years after the pacemaker. The fitness blanket is very easy to hide under.

“No-one had a clue. Eating disorders are a funny thing, it’s quite a secretive illness and you can be quite deceitful.”

The start of Ryan’s tweet about his eating disorder contains the words, “Men don’t get eating disorders.” That misconception made it all the more difficult for Ryan to process his own symptoms, and he believes that others might be struggling with the same thoughts.

Thankfully, Ryan’s mental condition around the time he was out of action with hurling never deteriorated to such a point where he contemplated suicide. The sudden deaths of Tyrone All-Ireland winner Cormac McAnallen, and Ciarán Carr from the Round Towers club in Dublin, were enough to deter him from engaging in those dark thoughts.

He did eventually make a return to hurling. His pacemaker was re-positioned to a more secure area in his body, and he was also given a special vest to protect the device from damage.

But by then things had changed. “I wasn’t the same animal that I was,” is how Ryan sums it up. He lost confidence in his ability as a goalkeeper and sought refuge in outfield positions. On one occasion, the first-choice keeper for the Fitzgibbon Cup team he was playing for became injured, and a panic-stricken Ryan was asked to step in.

He slowly lost his desire for elite-level hurling and began opening his mind to other avenues of personal fulfillment.

“It just opens your eyes a little bit that there’s different ways of bringing fulfillment to your life. It doesn’t have to be elite sport, it can be through charity, community, contribution.”

Distancing himself from hurling allowed cycling to come in to Ryan’s life. He founded the Cycle for Life charity in 2013 which has raised thousands of euros for vital medical and mental health services.

Lies. I kept one hidden for 9 years.

Its time to re-define what it means to be a man.

I spent the last 8 weeks in Lois Bridges, an ED recovery center.

I left on Friday & for the first time in years I like who Cormac is.

I hope this helps👇🏻 pic.twitter.com/WXSBut5d4A

The original idea was to travel to America for this cycle, but Covid got in the way, ultimately diverting them over towards Europe. A combination of camping and staying in the “scaldiest hostels you can find” is how they’re getting across the continent, as well as chalking up big distances every day on the saddle.

“It probably just taught me that there’s different ways of bringing joy into your life.”

You can make a donation to Cormac Ryan’s Cycle for Life here.

If you need to talk about any of the issues raised above, you can contact Pieta House or Bodywhys.