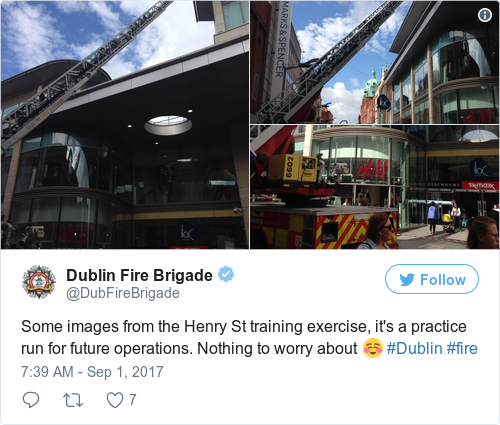 Some images from the Henry St training exercise, it's a practice run for future operations. Nothing to worry about ☺️ #Dublin #fire pic.twitter.com/Sp8VSsIhGu

Posting images of the exercise on social media, the fire brigade said the event was simply a practice run for future operations.

A fire brigade truck parked outside the Ilac Shopping Centre on Henry Street to conduct the exercise.

Firefighters used the truck’s crane to make their way to the roof of the building.