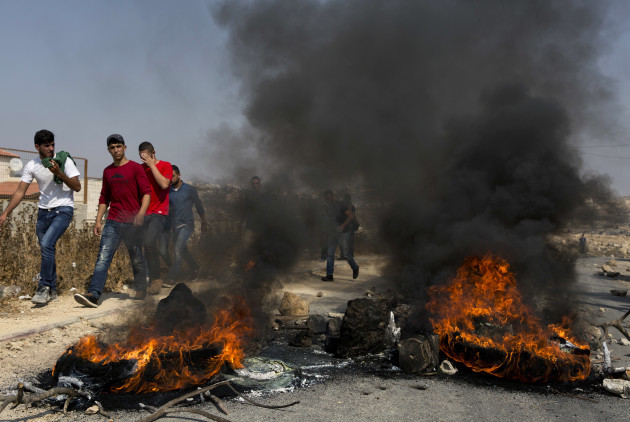 Israeli officials signalled they may be open to changing the measures at the Haram al-Sharif mosque compound, known to Jews as the Temple Mount, after the installation of metal detectors at entrances following an attack that killed two policemen stoked Palestinian anger.

The metal detectors remained in place on this morning, though cameras had also been mounted near at least one entrance to the compound in Jerusalem’s Old City — a possible indication of an alternative to the detectors.

Netanyahu was also holding a cabinet meeting and was due to meet with his security cabinet later in the day.

“We are receiving from them an up-to-date picture of the situation, as well as recommendations for action, and we will decide accordingly.”

“We are examining other options and alternatives that will ensure security,” Mordechai said in an interview with Al-Jazeera.

Public Security Minister Gilad Erdan said he would continue to support the metal detectors remaining in place unless police provide a satisfactory alternative.

The crisis has resonated internationally.

The UN Security Council will hold closed-door talks tomorrow about the spiralling violence after Egypt, France and Sweden sought a meeting to “urgently discuss how calls for de-escalation in Jerusalem can be supported”. 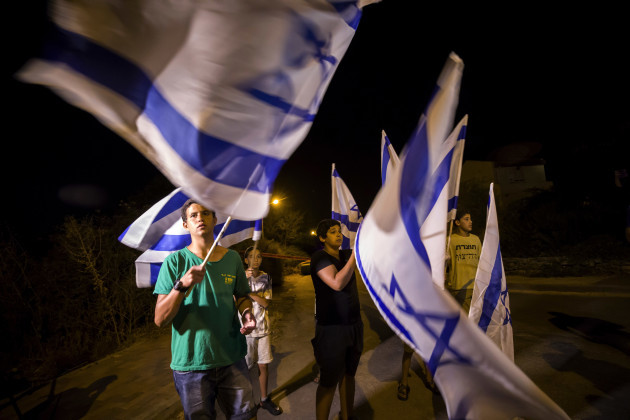 Israelis wave flags in the Israeli settlement of Halamish yesterday

“Jerusalem is a red line,” he said in a statement, adding that “no Arab or Muslim will accept violations” against the city’s holy sites.

Abul Gheit accused Israel’s government of “adventurism” and said its moves could trigger a “crisis with the Arab and Muslim world”.

Tensions have risen throughout the past week over the metal detectors at the compound, which includes the revered Al-Aqsa mosque and the Dome of the Rock, following the July 14 attack that killed two policemen.

Palestinians reject the metal detectors because they view the move as Israel asserting further control over the site, the third most holy place in Islam and the most revered site in Judaism.

They have refused to enter the compound in protest and have prayed in the streets outside.

Israeli authorities say the 14 July attackers smuggled guns into the holy site and emerged from it to shoot the policemen.

In anticipation of protests, Israel barred men under 50 from entering the Old City for prayers.

Clashes broke out between Israeli security forces and Palestinians around the Old City, in other parts of annexed east Jerusalem and in the occupied West Bank, leaving three Palestinians dead.

On Friday evening, a Palestinian broke into a home in a Jewish settlement in the West Bank during a Sabbath dinner and stabbed four Israelis, killing three of them.

The Israeli army said the 19-year-old Palestinian had spoken in a Facebook post of the Jerusalem holy site and of dying as a martyr.

There were further clashes on yesterday, when Palestinian youths hurled stones and petrol bombs as the army used a bulldozer to close off the attacker’s West Bank village and prepare his house for demolition. 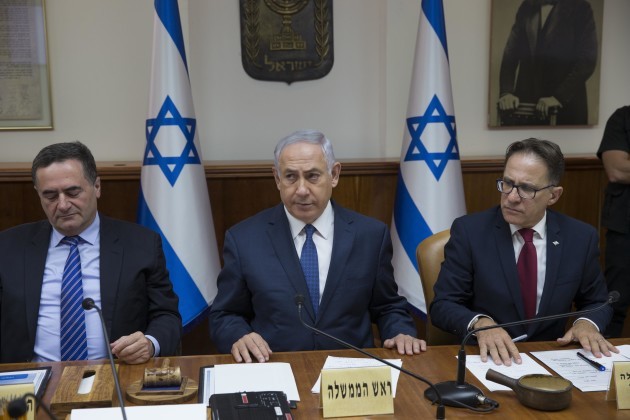 Netanyahu said today the demolition would go ahead “as soon as possible”.

Israel frequently razes or seals attackers’ homes as a deterrent, although rights groups say this amounts to collective punishment.

Clashes also flared in east Jerusalem and other Palestinian villages in the West Bank near Jerusalem on Saturday, police said.

Two Palestinians died during the clashes, including one when a petrol bomb exploded prematurely.

Israeli security forces said today they had arrested 25 men active in the militant Hamas group that rules the Gaza Strip.

The arrests throughout the West Bank included “senior members”, a statement from the Shin Bet internal security agency said, and was part of preventive measures in the wake of “the tensions around the Temple Mount”.

Earlier today, a rocket fired at Israel from Gaza hit an open area, the Israeli army said, causing no injuries. No Palestinian group claimed responsibility for the rocket.

The holy site in Jerusalem has served as a rallying cry for Palestinians.

In 2000, then Israeli opposition leader Ariel Sharon’s visit to the compound helped ignite the second Palestinian intifada, or uprising, which lasted more than four years.

The Haram al-Sharif/Temple Mount is central to the Israeli-Palestinian conflict.

It is in east Jerusalem, seized by Israel in the 1967 Six-Day War and later annexed in a move never recognised by the international community.

It is considered the third holiest site in Islam and the most sacred for Jews.

Read: Children’s doctors have been getting death threats and abusive messages over Charlie Gard case

Read: A teenage girl suspected of leaving Germany to become an ‘Isis bride’ has been arrested in Iraq