THE TEXAS GOVERNOR has asked US President Donald Trump to declare the incoming Hurricane Harvey as a ‘major disaster’ and to unlock more aid.

Conditions have deteriorated along the Texas Gulf Coast today as Hurricane Harvey strengthened and crawled toward the state.

In the last hour, the storm has strengthened to a category three hurricane. The last US storm to reach category 3 was Hurricane Wilma in October 2005 in Florida.

Forecasters are warning that evacuations and preparations “should be rushed to completion” saying this could be the fiercest hurricane to hit the US in nearly a dozen years. 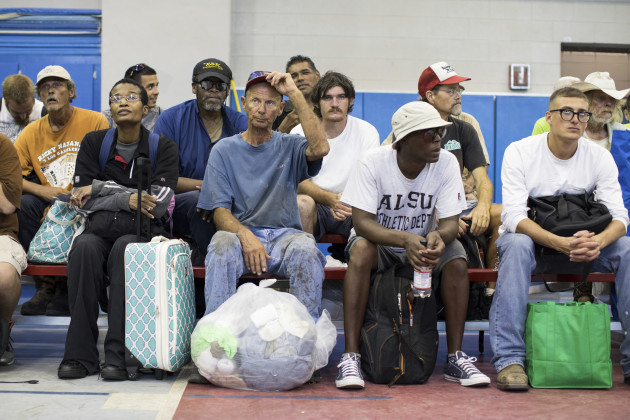 Long told Good Morning America, “Texas is about to get hit by a major hurricane.

We’re going to see significant rainfall over the next three days. There’s going to be damage.

According to the National Hurricane Center the storm has the potential to produce winds up to 125 mph (201 kph) and storm surges of 12 feet (4 meters).

Harvey grew quickly from a tropical depression yesterday into a category 1 hurricane, and then category 2 earlier today and now category 3.

Superstorm Sandy, which pummeled New York and New Jersey in 2012, never had the high winds and had lost tropical status by the time it struck. But it was devastating without formally being called a major hurricane.

Texas Governor Greg Abbott has expressed concern that not as many people are evacuating compared with previous storms. He said there was still time for coastal residents to get out of Harvey’s path, but they must leave immediately. 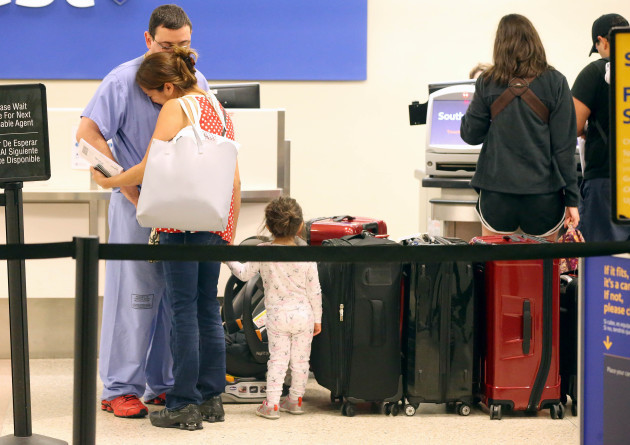 The governor activated about 700 members of the state National Guard ahead of Harvey making landfall.

The hurricane center said large storm surges could be expected as far north as Morgan City, Louisiana, some 400 miles (644 kilometers) away from the anticipated landfall. 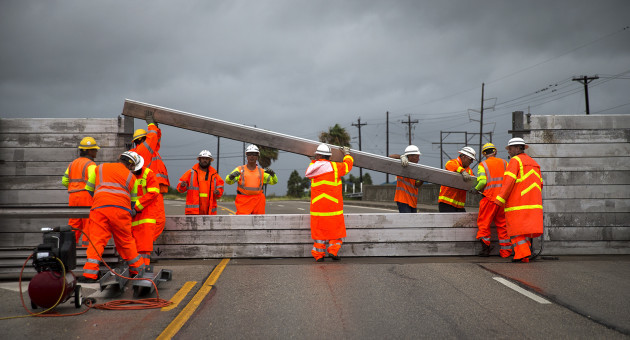 Crews install the final portion of a surge wall

And once it comes ashore, the storm is expected to stall, dumping copious amounts of rain for days in areas like flood-prone Houston, the nation’s fourth most-populous city, and San Antonio.

President Donald Trump has announced that he will travel to Texas early next week.

“The president will make plans to go to Texas early next week,” said press secretary Sarah Sanders, shortly before Trump left for the Camp David presidential retreat in Maryland, where he plans to spend the weekend. 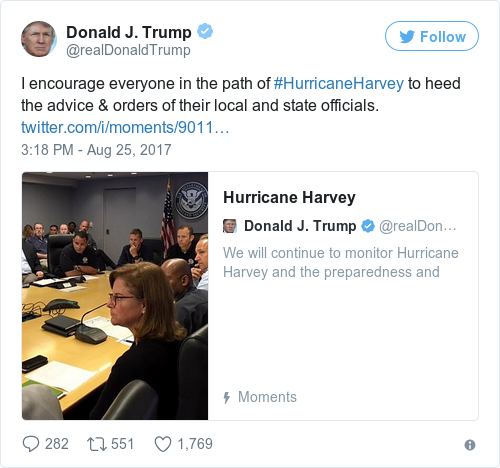 Read: ‘A tsunami from the skies’: Taoiseach to travel to Donegal as emergency meeting takes place over floods>