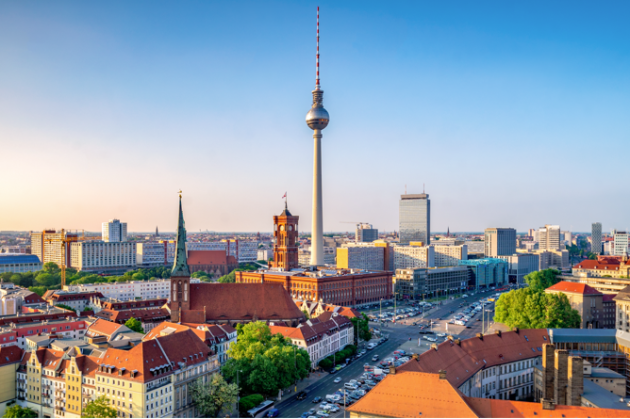 AMID THE HEADLINES about Germany’s federal elections, there was another vote in the capital Berlin that could send shockwaves across global rental markets.

Yesterday, Berliners voted in favour of a referendum that seeks to force some of the biggest property companies in the world to sell housing units to the city.

The referendum is non-binding, so it doesn’t mean this will happen, but it will put huge pressure on authorities to tackle the issue of sky-high rents in Germany’s capital.

The vote is already being hailed by property rights campaigners here in Ireland as an example of the kind of radical thinking needed in response to the housing crisis.

So what’s the background to this referendum in Berlin?

The biggest context to this referendum is spiralling rents. Berlin is a city of about 3.7 million residents where about 80% of people rent their homes, something that made the city very attractive to property investors.

There is also a stark lack of housing supply in Berlin. Despite estimates that the city needs about 100,000 new dwellings per year, only about 16,000 were being delivered each year. And that was before Covid.

There have been various efforts to combat this, most famously when Berlin’s left-wing government voted in 2019 to freeze rents in the city for five years.

This move was blocked earlier this year when Germany’s federal constitutional court ruled that the freeze would be illegal.

What about these big landlord companies? 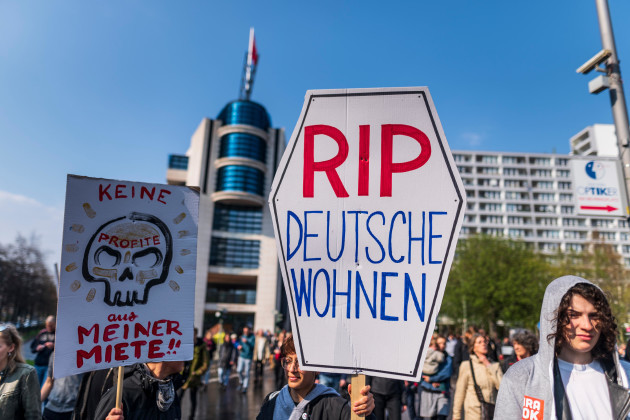 Berlin’s property market is dominated by big real estate firms, some which own tens of thousands of units across the city.

This is partly a hangover from the changeover from communism to capitalism following reunification. West Berlin was a tiny capitalist enclave within East Germany while the rest of East Berlin was communist.

West Berlin survived on subsidies from West Germany but when the wall fell subsidies ran out and the local government ran up huge debts. Seeking a solution, it sold off huge assets to private companies including the city’s water utility and about 200,000 apartments.

In 2013 Cerberus’s holdings became part of what is now Berlin’s biggest publicly traded landlord, Deutsche Wohnen. In all, Deutsche Wohnen owns around 111,000 of an estimated two million rental apartments in Berlin.

The company has become a lightning rod for the opposition to property companies in Berlin and the main campaign group which pushed for yesterday’s referendum called itself “Expropriate Deutsche Wohnen & Co”.

Vonovia has said it has reached a deal to buy its rival, which would create a property behemoth that would own some 550,000 homes across Europe worth in excess of €80 billion.

So how did the vote come about and what does the campaign want?

Expropriate Deutsche Wohnen & Co began a grassroot petition which required 172,000 signatures for the question to be put to a general ballot.

In total, 346,000 signatures were collected in support of their proposition, leading to yesterday’s vote.

The movement would like to see more than 240,000 homes placed under a public agency to be administered “democratically, transparently and in the public interest”.

To achieve this, the campaign wants to see Berlin’s politicians devise a law that would mean that all property companies with more than 3,000 properties are forced to sell them to the city.

German broadcaster DW reports that the campaign envisages that the companies would be paid “well below market value” for the properties.

The campaign group bases its claims on Article 15 of the German constitution, which stipulates that “land, natural resources and means of production may… be transferred to public ownership” in the public interest in return for compensation.

Even before the referendum was passed, however, the campaign has already put huge pressure and focus on the issue of property ownership in Berlin.

Last week, the city of Berlin announced that it purchased 14,750 residential properties from Deutsche Wohnen and Vonovia for €2.4 billion.

Partly as a way of smoothing their potential merger, Vonovia and Deutsche Wohnen also pledged to limit rent hikes until 2026 with Vonovia saying rent increases would be capped at 1%.

The vote looks to be passed, so what next?

Final results are not expected until later but it looks as though there’ll be a clear majority in favour of the referendum, with indications that over 56% have supported it.

The result is non-binding, which means that it doesn’t legally have to be implemented, but it does force the local government to debate it.

Campaigners have argued that even though the referendum may not be legally binding there is a mandate to pursue it, with several parties in fact supporting it.

One campaign spokesperson Thomas McGath told The Journal this morning that there is political will to see it implemented.

The referendum is a resolution referendum which means it would have the same power as if the parliamentary house of Berlin passed a resolution saying they would create a law. So we see it as politically binding, which means that we would expect a new coalition to work quickly to enact this.The main candidate for mayor for the Greens has already said that this should be part of the coalition discussions and debates. The Left (Die Linke) is also 100% behind it and said this needs to be supported, otherwise it would be a scandal. So it’s heavily dependent on coalition discussions but we’re not going to stop and I think we would continue until it’s implemented.

There are other questions of course, such as how much expropriation would cost the city and indeed whether it would be tied up in legal challenges.

Much like the rent freeze that was blocked by German courts, expropriating the large property landlords would almost certainly be challenged, something raised by Franziska Giffey of the Social Democrats (SPD), who is her party’s mayoral candidate.

“Such a draft then has to be checked and if it is not constitutional, then we cannot do it,” Giffey told German broadcaster ARD, adding:

“I am still of the opinion that expropriations do not help to create even a single new apartment or solve the big question of affordable housing.”