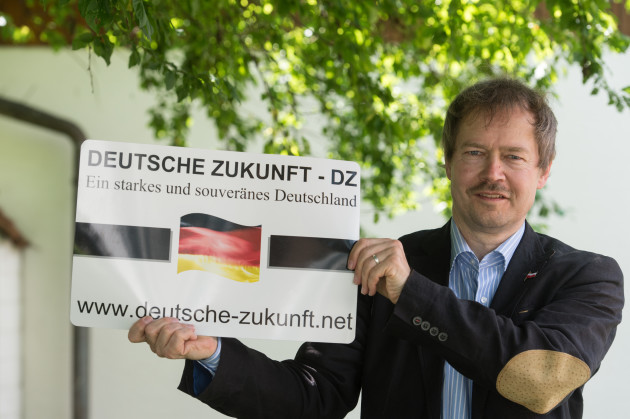 ‘Reich citizen’ Joachim Widera poses with a poster reading ‘a strong and sovereign Germany’ in Rheinfelden, in June 2016. Widera does not recognise the Federal Republic of Germany along with its constitution

GERMANY’S ‘REICHSBUERGER’, OR ‘Citizens of the Reich’ – a mixed bag of conspiracy theorists, neo-Nazis and gun enthusiasts who reject the modern democratic state – are seen as a growing threat after a string of violent incidents.

As a self-declared “Reichsbuerger” identified only as Wolfgang P went on trial earlier this week for shooting dead a police officer during a 2016 weapons raid, here are some facts about the shadowy far-right movement.

What do they believe?

The Reichsbuerger refuse to recognise the legitimacy of the modern German republic and generally believe in the continued existence of the pre-war German Reich, while some idolise Nazi Germany.

Many also regard modern Germany as a US colony and argue that the Reich’s 1919 Weimar Constitution and its former borders which extend far into present-day Poland remain valid.

Several groups have declared their own mini-states, such as the “Exile Government of the German Reich” or the “Free State of Prussia”, made flags and issued their own identity papers, currencies and postage stamps.

They typically deny the legitimacy of police and other state institutions and refuse to pay taxes, social service contributions and fines, which brings them into conflict with the authorities.

Their members have often been dismissed as eccentrics, oddballs and trolls known for swamping local municipalities and courts with letters, formal complaints, motions and objections. 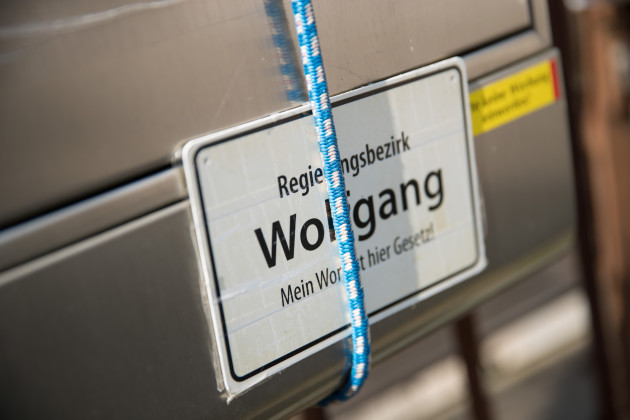 The post box of Wolfgang P in Georgensgmünd. The sign reads: ‘Administrative District Wolfgang – my words, my law’.

Several groups within the movement are known to have direct links to illegal neo-Nazi organisations and are under surveillance by German state and federal intelligence agencies.

The anti-fascist Amadeu Antonio Foundation warns that, although it may be tempting to dismiss Reichsbuergers as cranks, “behind the masquerade of conspiracy theories, esotericism and government game-playing lies a hardcore right-wing extremism and anti-humanist ideology”.

One of Germany’s best-known Reichsbuergers is notorious Holocaust denier Horst Mahler, who co-founded the radical leftist Red Army Faction group in the 1970s before swinging to the far-right and becoming a neo-Nazi.

How many are they?

Around since the 1980s, with links to like-minded groups in the United States, the movement was long estimated to number in the hundreds – but it has grown exponentially in the internet age, especially in the past few years.

Germany’s domestic intelligence services estimate that the ‘Reichsbuerger scene’ of activists and sympathisers numbers around 12,600 people, up from 10,000 late last year.

Of these, some 700 are known right-wing extremists.

Most known followers are middle-aged white males, and most high-profile cases have been reported in Germany’s formerly communist east and the southern state of Bavaria.

There is no clear leader but former chef Peter Fitzek calls himself “the king of Germany” and claims a large following. He is currently serving jail time for setting up an illegal bank and spending his customers’ deposits.

How dangerous are they?

The murder trial of Wolfgang P comes amid a growing crackdown on the movement.

The 49-year-old opened fire on police as they tried to seize his cache of about 30 hunting weapons in the Bavarian town of Georgensgmünd in October 2016. 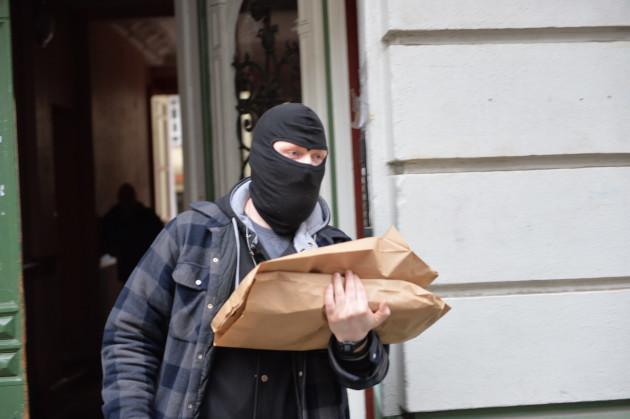 The man, whose weapon permits had been rescinded over concerns he had psychological problems, killed one officer and injured three others.

He has been charged with murder and attempted homicide.

Two months earlier, a 41-year-old Reichsbuerger and one-time ‘Mister Germany’ pageant winner opened fire on police carrying out an eviction order at his house in the eastern state of Saxony-Anhalt.

After the attacks, domestic spy chief Hans-Georg Maassen said his service worried about the movement’s “considerable propensity for violence and increased aggressiveness”.

Police have since carried out a series of raids against suspected Reichsbuergers, seizing arms and making several arrests.

In June, Germany’s national and regional interior ministries said anyone who identifies as a Reichsbuerger should be barred from possessing a weapon.

Read: Australian placenames containing racist n-word are to be replaced with new names