HOUSEHOLDERS IN LIMERICK ended up in emergency accommodation after major flooding damaged their homes, destroyed belongings and eventually left a foot-wide sinkhole on their street.

The incident happened at Bengal Terrace in the south-east of the city when a large water main burst in the early hours of the morning on Saturday 15 July, affecting 11 homes.

The flooding was so severe that a number of families were forced into emergency accommodation for three weeks, while others remained living in the upstairs of their damaged homes.

About two weeks after the flooding, a sinkhole measuring about one foot wide appeared at the end of the road, which is on a hill. The hole caused some damage to the road surface, but it’s unclear what damage was done underground. 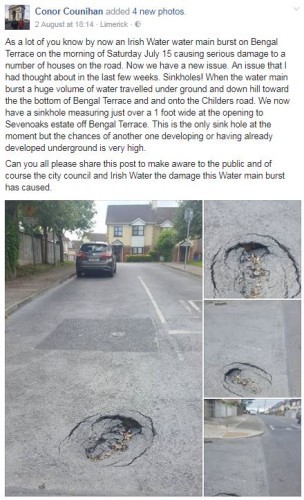 A local resident posted images of the road damage on Facebook, saying:

“When the water main burst, a high volume of water travelled underground and downhill toward the bottom of Bengal Terrace and onto the Childers Road.

This is the only sinkhole at the moment but the chances of another one developing or having already developed underground is very high. 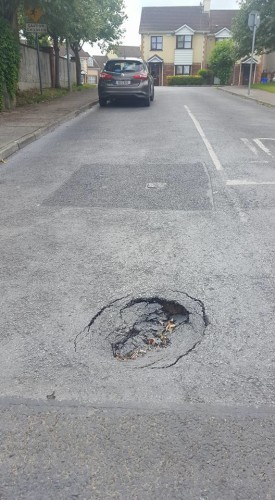 The sinkhole has since been filled in by Limerick City & County Council.

Another local resident, Colm McCarthy, who lives with his wife and two-year-old daughter, was forced to move into emergency accommodation after his hallway and sitting room flooded after the water main burst.

“My neighbour came kicking on the door, trying to get us up. I didn’t know what was going on,” McCarthy told TheJournal.ie.

I went downstairs and I automatically opened the door. I didn’t realise I was standing ankle-deep in water.

When I opened the door some more came into the sitting room and hallway.

Emergency services responded immediately when they became aware of the issue and the leak was shut off within two hours, according to Irish Water. 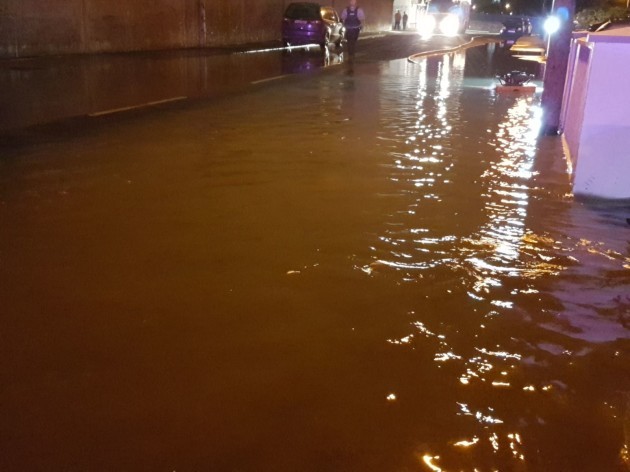 The flooding at Bengal Terrace on 15 July

McCarthy described the scene on the road the night of the incident:

There was a good three hours that the place was covered in water. There was faeces and toilet paper along sections of the road.

Limerick Council provided three nights of emergency accommodation for the family. After that, Irish Water paid for the McCarthy family to stay in a holiday home for three weeks.

The family are now back living out of the upstairs of their home. 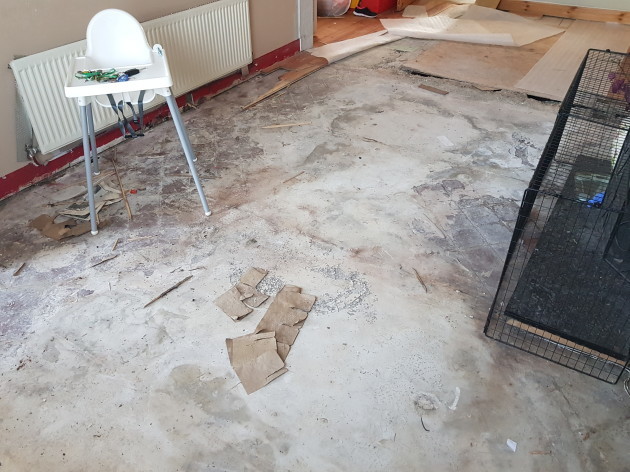 The aftermath of the flooding at the McCarthy household

“There’s an awful smell in the house. My daughter was two on Saturday but we ended up spending the day out of the house because we couldn’t stay there,” McCarthy said.

He expressed his concern about the possibility of further flooding and sinkhole damage, and said the pipe that burst had been laid in 1970.

If one section was going to go, the rest of it could easily go. They just fixed the one part of the pipe and left it at that.

A spokesperson for Irish Water said that it “continues to engage directly with the affected families to offer practical support […] the details of which remain confidential between Irish Water and the individuals concerned”. 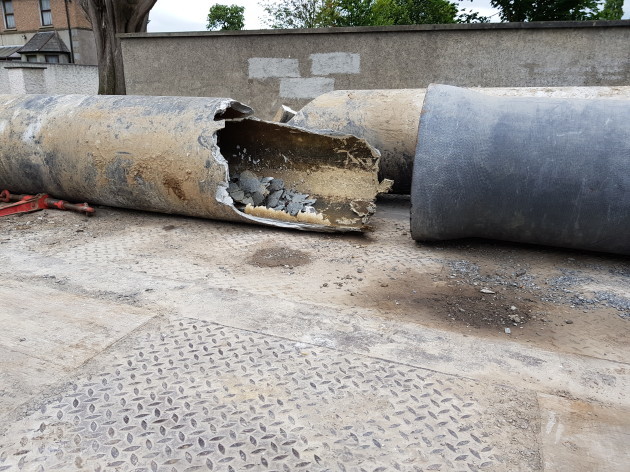 The 14-inch asbestos cement water main burst in half.

In relation to the sinkhole, Irish Water said:

More: Almost 1,300km of old water pipes will be replaced around Ireland in 5 years