FORMER HURLER OF the Year and All-Ireland winner Tony Keady has died aged 53.

Keady was taken seriously ill in the early hours of Tuesday morning in Galway, and subsequently rushed to University Hospital Galway where he was being treated in the intensive care unit. The Galway GAA County Board confirmed to The42 that the former Tribesman passed away last night.

The 53-year-old had been in Croke Park on Sunday to watch the Galway overcome Tipperary in their titanic All-Ireland semi-final.

Keady won two All-Irelands with his county in 1987 and 1988 – the latter being Galway’s last triumph, and a year which also saw Keady named Hurler of the Year. He is one of just three Galway players to win the award, with Joe Cooney preceding him ’87 and Joe Connolly being the first seven years earlier.

The Killimordaly icon was regarded as one of the best centre backs to play the game.

Keady lived in Frenchfort, Oranmore with his wife Margaret and their four children. The former hurler worked as the caretaker in Calansanctius College. 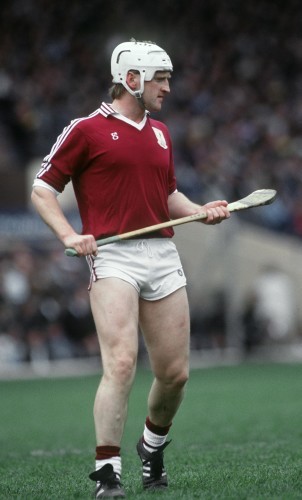