AN IRISH FAMILY of four has been caught up in the terror attack in Barcelona that left 13 dead.

Two of the family – parents originally from the Philippines who are naturalised Irish and their Irish-born children – were injured in the attack. A spokesperson for the Filipino Embassy in Madrid confirmed the injuries.

Emmanuel Fernandez, the Consul General of the Philippines Embassy in Madrid, told Spanish radio that two of the family had been injured.

The father, he said, was injured “but okay”. The five-year-old son is more seriously hurt, however, and may need an operation.

He described the mother and daughter’s condition as being “okay”. The Philippines Embassy is providing assistance to the family.

Fernandez said the family had arranged the trip to Barcelona to celebrate the five-year-old’s birthday. They have been named as Norman and Pederlita Putot, and their children Nathaniel and Pearl.

Foreign Affairs Minister Simon Coveney said that the boy had a broken femur and the father also had leg injuries. 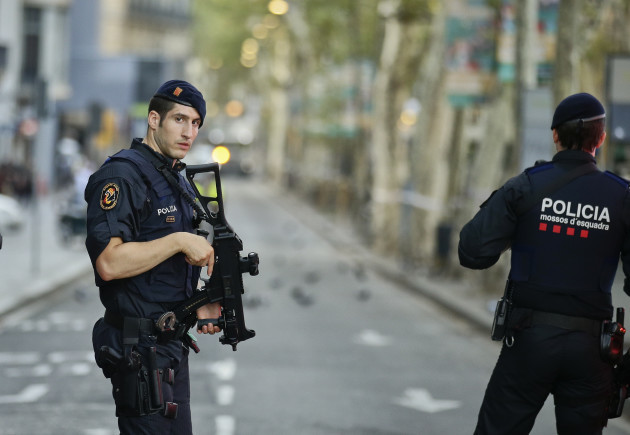 Meanwhile, the Taoiseach, the President and Minister for Foreign Affairs have all condemned the terror attack.

At around 4pm yesterday, a white van drove onto the popular Las Ramblas promenade and drove into crowds of pedestrians. 13 people were killed and more than 100 injured.

Islamic State has claimed responsibility for the Barcelona attack.

Taoiseach Leo Varadkar expressed his abhorrence at the attack in Barcelona.

“On behalf of the Government and the Irish people, I would like to extend my deepest sympathy to Prime Minister Rajoy and the people of Barcelona and Spain following this callous act. An attack of this nature, targeting the people of Barcelona and visitors enjoying that wonderful city in the height of the tourist season, is both wanton and cowardly and has no place in our society.

“At this time of immense grief, I want to offer our solidarity and support to the people of Spain, with whom we have such close relations.” 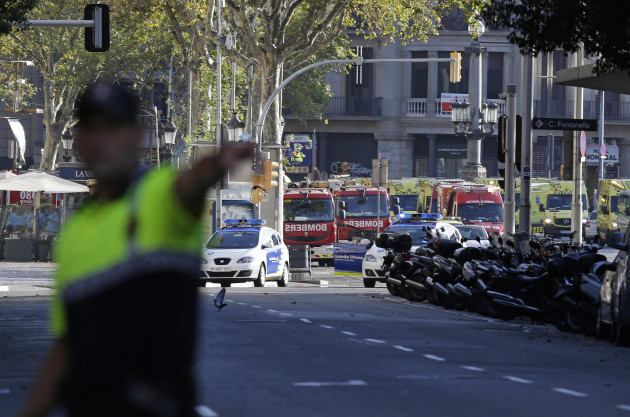 A police officer gestures as he blocks a street.

President Michael D Higgins echoed Varadkar, saying he had asked the Spanish ambassador to convey his “deepest condolences” to the government and people of Spain and to the Mayor of Barcelona.

“Barcelona has a long history of hospitality and has over the years received so many people from around the world. As President of Ireland I want to send the people of this great and welcoming city not only our sympathy but also the solidarity of the people of Ireland.”

“I am appalled by the incident in Barcelona this afternoon.

“On behalf of the Irish government, I wish to convey our condolences and solidarity with the people of Spain at this time.”

“We should not let this change our way of life. But people should be vigilant.

“The reality is that we should be aware of international terrorism in a way that we didn’t have to in the past. But the thought that the great European cities are places we wouldn’t travel is something we can’t countenance.” 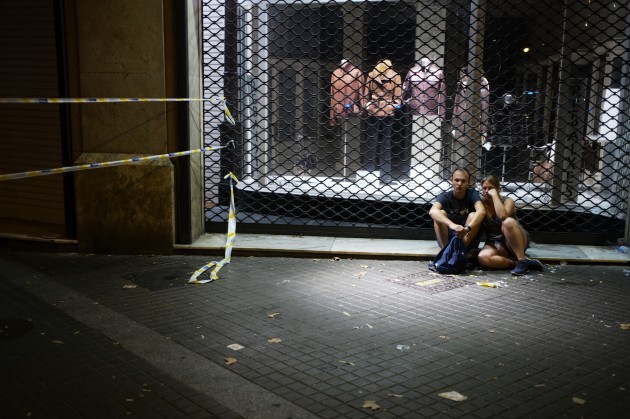 A couple sit on the site of a street following a terrorist attack in central Barcelona.

Irish citizens in the vicinity of the incident are advised to follow the advice of local authorities. Anyone with concerns for the safety of loved ones in Barcelona or Cambrils can contact the consular assistance team in the Department of Foreign Affairs and Trade on 01-4082000 or the Irish Embassy in Madrid on +34 914364093.

The Department of Foreign Affairs has updated its advice on Spain.

Irish citizens are advised to exercise caution and follow all the advice of the local authorities.

Meanwhile Ardmhéara Bhaile Átha Cliath Mícheál Mac Donncha, will open a Book of Condolences in Dublin today. It will be available for the public to sign from 12pm to 4pm today and tomorrow and from 10am to 4pm on Monday.