THE NUMBER OF AIDS-related deaths have been halved in the past 12 years, and more people than ever are receiving treatment for HIV, in a shift that’s seen as a victory against the stigmatised virus for which there’s no known cure.

AIDS claimed a million lives in 2016 – almost half the 2005 toll that marked the peak of the deadly epidemic.

The information was published in a United Nations report today, ahead of an AIDS science conference opening in Paris this Sunday.

“AIDS-related deaths have fallen from 1.9 million in 2005 to one million in 2016,” said the authors, adding that “for the first time the scales have tipped”.

“In 2016, 19.5 million of the 36.7 million people living with HIV had access to treatment,” said the UNAIDS global roundup. That data marks the first time that more than half of infected people were receiving anti-retroviral treatment, which subdues the AIDS virus but does not kill it. 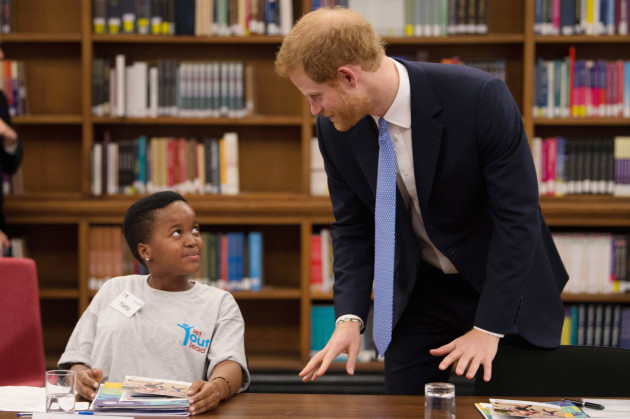 Prince Harry meets Tlotlo Moilwa from Botswana, who is HIV positive, during a visit to the London School of Hygiene and Tropical Medicine.

In total, 76.1 million people have been infected with HIV – the virus that causes AIDS – since the epidemic started in the 1980s. Some 35 million have died.

“Communities and families are thriving as AIDS is being pushed back,” said UNAIDS executive director Michel Sidibe.

As we bring the epidemic under control, health outcomes are improving and nations are becoming stronger.

As yet, there is no HIV vaccine or cure, and infected people rely on lifelong anti-retroviral therapy to stop the virus replicating. 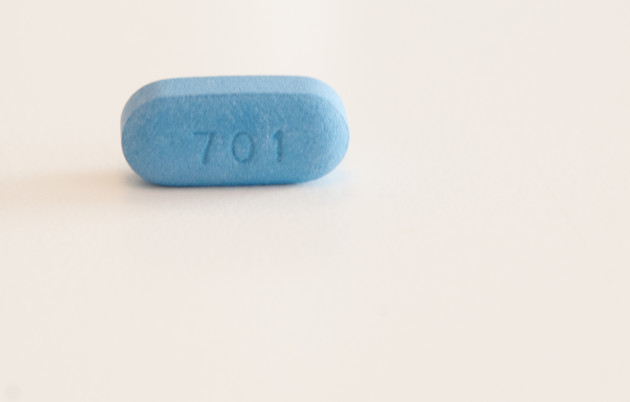 The HIV prevention drug Truvada – pictured in a doctor’s office in Berlin.

Without treatment, HIV-infected people go on to develop AIDS, a syndrome that weakens the immune system and leaves the body exposed to opportunistic infections such as tuberculosis, and some types of cancer.

Treatment carries side effects and is costly, but allows infected people to be healthier for longer.

‘More work to do’

Most progress has been made in east and southern Africa, the region that was hardest hit by the epidemic and where many interventions were focused.

Since 2010, AIDS-related deaths in the region declined by 42%. The region accounts for half the world’s infected population, with women and girls disproportionately affected at 60%.

Sixty percent of all people who receive anti-retroviral therapy live in east and southern Africa which, along with west and central Europe and the Americas, is on target to meet the so-called 90-90-90 targets set by the UN, said the report.

By 2020, states the plan, 90% of infected people must know their status, of whom 90% must be on treatment. In 90% of those, the virus will be “suppressed” by medicine to the extent that it cannot function or replicate.

New HIV infections rose by 60% in eastern Europe and central Asia, and deaths by almost a third from 2010 to 2016.

In the Middle East and North Africa, the number of AIDS deaths increased by a fifth in the last six years.

“Globally, progress has been significant, but there is still more work to do,” the authors said in a statement.

Of the total infected population, over two million were children younger than 15, said UNAIDS. Only 43% of them were on treatment.

This was partly due to more and more HIV-infected pregnant women – 76% in 2016 – having access to drugs blocking virus transmission to their offspring.

Read: Gonorrhoea ‘sometimes impossible’ to treat due to antibiotic-resistance – WHO

Read: Calls for prevention medication to be made available following over 500 HIV diagnoses in 2016