UK ACTOR PAUL Nicholls has been rescued after falling from a waterfall on a Thai island, and spending three days trapped there with a broken leg. 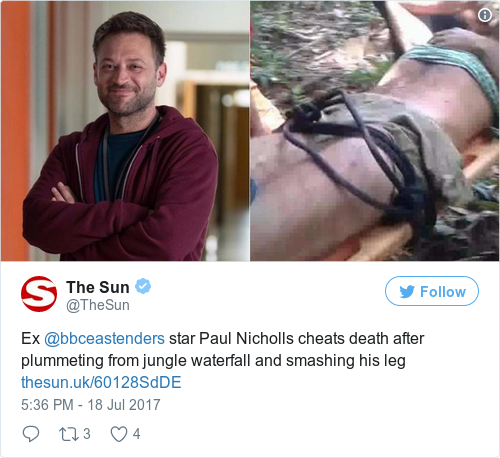 In an exclusive interview with The Sun, 38-year-old Nicholls said that he had a phone with him at the time, but because of the height he fell from it was “unretrievable”.

“I am lucky to be alive,” Nicholls said, according to the Sun. “It took such a long time to find me… I couldn’t move to get out of there.

I’ve got a broken leg and I’m missing a kneecap. It needs complete reconstruction. 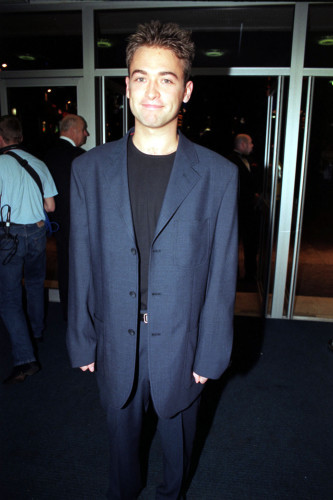 Nicholls, aged 20 at a premiere in London.

The actor, who played heartthrob Joe Wicks in the soap opera Eastenders, was travelling through a jungle on the island of Koh Samui when he stopped at the Khun Si falls.

A local who noticed the bike on the side of the road, called the authorities and a search began.

Nicholls, who was in a pool of water at the base of the falls, was suffering from hypothermia and was transported to hospital.