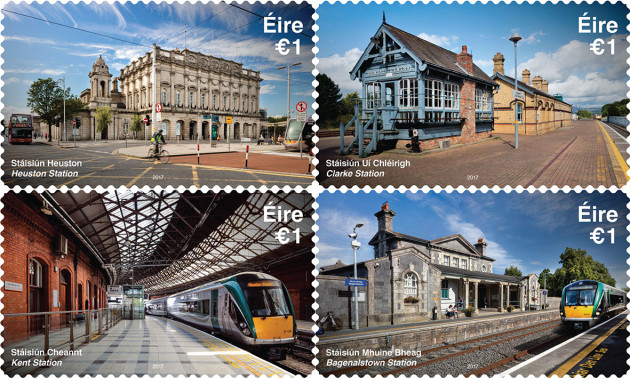 AN POST HAS revealed the design of their new stamps – featuring four train stations from Dublin, Cork, Carlow and Louth.

The stations featured are:

The stamps were designed by Dublin firm WorkGroup and are the work of a multi-award winning photographer Janice O’Connell of f22 Photography.

Read: An Post ‘needs to change direction’ as losses mount at the mail provider