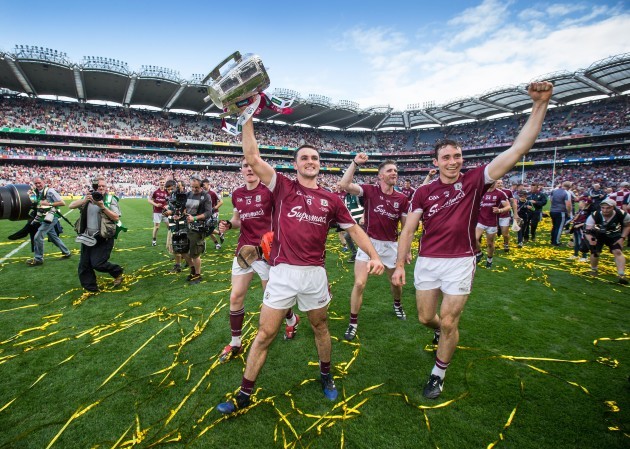 NOT ALONE DID Galway bridge a gap to 1988 by lifting the All-Ireland title, but they completed a clean sweep by adding the MacCarthy cup to the Division 1 league and Leinster crowns they’d already accumulated in 2017.

Galway looked like a team on a mission in Micheál Donoghue’s second season in charge, and they rounded it off in some style.

The victory was made even more poignant by the death of a pair of legends – Joe McDonagh and Tony Keady – in the last 16 months. Both men are undoubtedly looking down with tremendous pride tonight.

Had the early part of Joe Canning’s career not intersected with the Kilkenny team widely accepted as the greatest of all-time, then he might have experienced his feeling far sooner.

Just weeks before he turns 29, Canning has finally led his county to the game’s ultimate honour. It would have been a pity to see a talent like Canning go his entire career without winning a senior All-Ireland with Galway. 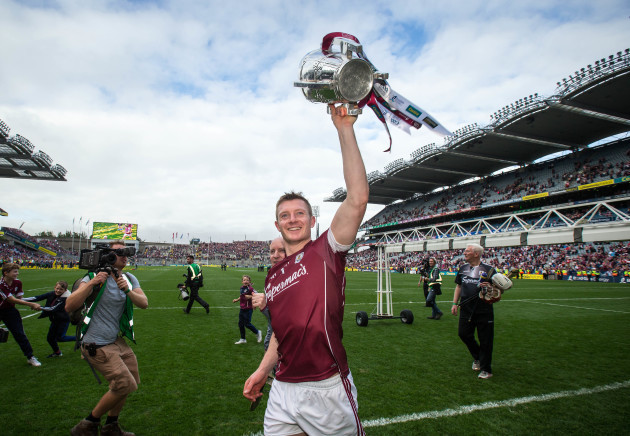 As the Portumna star edged towards his 30s, his window for doing just that appeared to be narrowing. But Galway enjoyed an extraordinary season and put sore final defeats in 2012 and 2015 to bed this time around.

Canning enjoyed one of his most consistent campaigns for the county, thriving in a deeper role on the half-forward line.

3. Derek McGrath may step away as Waterford’s wait goes on

Waterford certainly died with their boots on today, as opposed to 2008 when Kilkenny had the game put to bed inside the opening quarter. But the solid performance will be of little consolation to Derek McGrath, who will possibly step away after he digests this defeat.

Waterford haven’t lifted Liam since 1959 and they must wait until 2018 at the earliest to end the famine.

Noel Connors, Jamie Barron, Kevin Moran, Tadhg de Burca and Pauric Mahony can all be proud of their displays today, but a quiet display from reigning Hurler of the Year Austin Gleeson badly hurt their chances.

They are good enough and young enough to make it back to this stage, but it remains to be seen if McGrath will decide to go again. 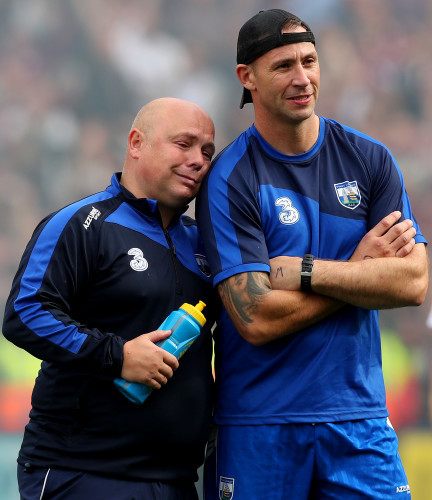 Derek McGrath and Dan Shanahan dejected after the game

Spells at either end of this entertaining clash summed up the difference between the teams. Galway were extremely clinical from the start, scoring eight of their first nine shots at the posts to race into an 0-9 to 1-2 advantage.

Waterford were well in touch at the break and there was just a point between the teams, 0-22 to 2-16, in the 58th minute. But the Deise would score just twice in the final 16 minutes which include stoppage time – both frees from Mahony.

They were wasteful, with a Kevin Moran shot, long-range frees from Mahony and Gleeson and a sideline cut from the latter all missing the target on the home straight. Galway had that extra clinical edge and found scores easier to come by throughout. 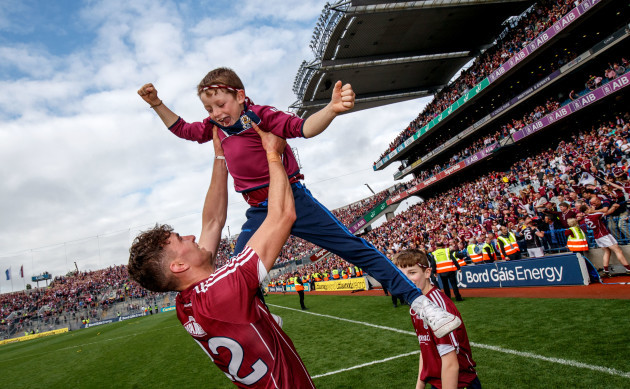 5. Impact of the Galway bench

For all the talk around Waterford’s potent bench of Maurice Shanahan, Brian O’Halloran and Tommy Ryan, it was the Galway substitutes who had the bigger impact.

Shanahan did impress after arriving on for the injured Shane Bennett inside the opening half, but Niall Burke stole the show after replacing the ineffectual Jonny Glynn on 43 minutes.

Burke must have been gutted not to start but he gave his manager the best possible answer, scoring a brace, as did fellow sub Jason Flynn. Their big impacts help Galway over the line in a tense finale.