GARDAÍ HAVE CONCLUDED the searches they were carrying out today in relation to missing woman Tina Satchwell.

She went missing from her home in Youghal, Cork, on 20 March this year.

Members of the garda water unit searched the port in Youghal, and the dog unit was deployed to search urban areas of the town. The searches have now concluded for the day, and it has not been confirmed if they will resume tomorrow.

A garda spokeswoman said earlier today: “An Garda Síochána are conducting two searches in Youghal today, Saturday 19th August 2017 in relation to the missing person Tina Satchwell. The first is a search by Garda Water Unit at locations in Youghal port.

The second is  a search by gardaí of locations in Youghal urban area undertaken by members of the Divisional Search Team and Garda Dog Unit, Cork City, accompanied by members of Irish Search Dogs and Irish Army specialists.

“The patience and co-operation of the public is sought during these searches – there will be minimum disruption to the general public and we ask for your support at this time.”

In June, Tina’s husband Richard made a public appeal to his wife or anyone who knows her whereabouts.

In the programme, Richard described the last time he saw her. 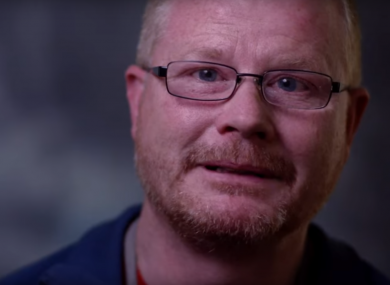 Richard Satchwell making the appeal for his wife.

“She came downstairs. I gave her a cup of tea and a slice of toast. Then she asked if I’d go over to Dungarvan. I gave her a peck, and said I’d see her in a couple of hours.”

When he returned, he found the house empty, except for Tina’s two dogs, Ruby and Heidi. This seemed strange because, according to Richard and the family, Tina went everywhere with the dogs.

Richard also describes noticing two suitcases missing from their house. Four days later, having made enquiries with her family and still with no word from Tina, he contacted gardaí. Five months later there still has been not one recorded sighting of her.

Anyone with any information on her disappearance is being asked to contact Midleton garda station on (021) 4621550.

Related: Tina Satchwell has been missing from her Cork home for over seven weeks>