AN INTOXICATED DRIVER has been arrested after being seen driving with no front wheels.

The man was arrested at around 3am this morning in the Bawnlee area of Tallaght after members of the Dublin Traffic Corps spotted the car.

They found that the driver was disqualified from driving and that the car had no tax, insurance or NCT along with having only half the required number of wheels. 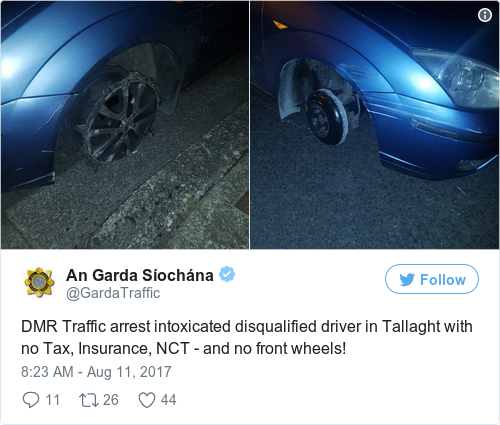 The car had been travelling on its rotors, causing damage to the road before it was pulled in.

The man was taken to Tallaght Garda Station and a prosecution will follow.