A GARDA OPERATION to bring home Gerry ‘The Monk’ Hutch is being planned after a Spanish Court cleared the way for his extradition.

Hutch, 58, had been in Spain and other locations, as he was sought by gardaí in relation to the Regency Hotel shooting and murder of David Byrne.

He was arrested by Spanish Police who were carrying out surveillance on his home in the south of Spain on the Costa del Sol in August.

Court records obtained by The Journal show that a three-judge appeal court in Madrid cleared the way for Hutch to come home to face trial in the Special Criminal Court.

The seven-page document outlines the judges’ ruling in the case and shows that Hutch produced documents to prove that he had been resident in Spain since 2012 and had paid taxes there since 2013.

The records also confirm an order for extradition against Hutch, but note that he will be sent back to Ireland on the provision that he may – if he chooses – serve any potential sentence in Spain.

The provision followed pleas by Hutch’s lawyer Artacho Navarro to ensure his safety from death threats in Ireland.

The court documents also reference a false Croatian identity document, with Hutch’s defence saying he was carrying this to prevent him from being attacked.

Navarro further argued that the Special Criminal Court, where Hutch will stand trial, is not a legitimate court. The Spanish judges did not accept this and said that the SCC was the “competent judicial authority”. 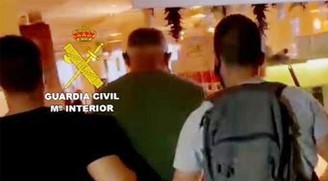 Spain’s Guardia Civil have released this image of the moment they arrested Gerry The Monk Hutch on the Costa Del Sol.

Gardaí alerted police forces across the continent about their intention to detain Hutch after Mr Justice Paul Burns granted a European Arrest Warrant on 24 March for him to be charged in Ireland with murder.

Sources have said that an operation is being planned to send a group of gardaí to accompany Hutch back to Ireland.

It is understood that part of the planning phase of the operation will involve a threat assessment as to the safety of gardaí and Hutch. This will inform whether specialist armed units such as the Emergency Response Unit will be involved.

The gardaí have a detective, understood to be a member of the Garda National Drugs and Organised Crime Bureau, based in Spain who is acting as a liaison officer.

“The Spanish police will decide on how this will go but there will be Garda input. The likelihood is a team will go to Spain and, along with Spanish officers, come back on a flight into Ireland,” a source told The Journal.

“He’ll be met on the tarmac then and formally arrested for the purpose of charge, more than likely by a garda from Ballymun Garda Station in Dublin where the investigation has been taking place.

“He’ll be taken to a garda station, where he will be charged and then straight to court. It could well be that the first thing any of us hear about this operation is when he appears in front of a judge,” a source said.

Hutch has been informed of the court’s decision and is currently detained in a prison in Madrid. 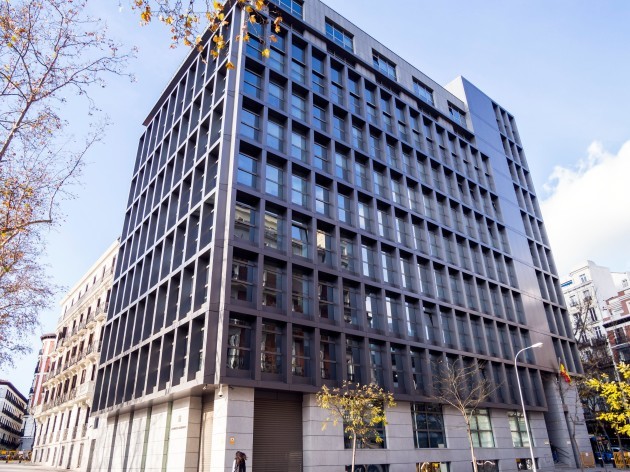 The appeal court sat in the Audiencia Nacional or Spanish High Court in Madrid.

Sources have indicated that his arrival into Ireland could happen at Dublin Airport or the Air Corps base at Casement Aerodrome in County Dublin.

A number of people are before the courts in relation to the Regency Hotel attack. Gardaí had sought the EAW as part of their investigation into those who allegedly organised the incident at the Dublin hotel in which David Byrne was murdered in February, 2016.

Gardaí have alleged that the Regency Attack was carried out by the Hutch Organised Crime Group in response to the murder of Gerry Hutch’s nephew Gary.

Gary was shot dead in Spain in September, 2015, and gardaí suspect that was ordered by people aligned to the Kinahan Organised Crime Group.

Daniel Kinahan was believed to be the intended target but he was able to escape, while David Byrne was shot dead by a man carrying an AK47 style rifle in the foyer of the hotel.

Patrick Hutch Junior, another nephew of The Monk, who was accused of being the gunman photographed in the blonde wig, walked free from the Special Criminal Court two years ago when his trial collapsed.

A garda spokesperson said they are aware of the judgement and are monitoring the situation.

Comments have been closed for legal reasons.