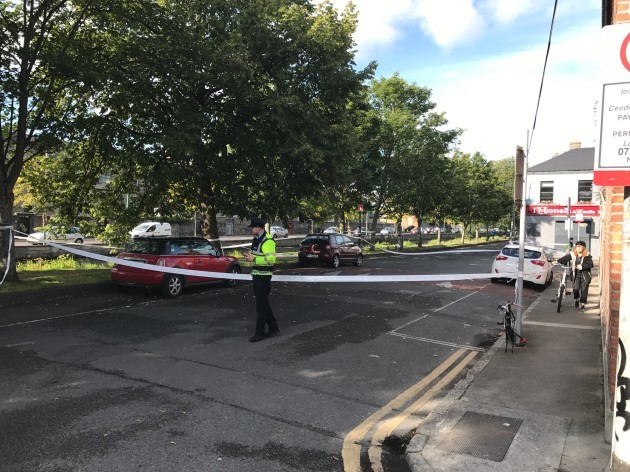 The scene of the shooting in Portobello this morning.

GARDA WATCHDOG BODY Gsoc has launched an investigation after a shooting on the southside of Dublin overnight.

The incident involving the off-duty garda detective and three other people happened on Kingsland Parade in the Portobello area, beside the Grand Canal, shortly before 2am. It is understood there was a struggle between the detective and one of the individuals.

In a statement, the garda ombudsman said an official garda firearm was discharged and a man was injured. He is currently receiving medical attention for the injury which is described as non-life-threatening.

A local told TheJournal.ie that he heard at least one shot fired just before 2am and it was followed by “lots of screaming”.

A large number of gardaí, including members of the Armed Support Unit, attended the scene, as did Dublin Fire Brigade. The area remained cordoned off this morning.

A spokesperson for the Garda Síochána Ombudsman Commission said this morning:

GSOC received a Section 102 referral, for death or serious harm, from the gardaí. A GSOC team has been deployed to the scene.

Under Section 102 of the Garda Siochana Act the gardaí must refer to GSOC “any matter that appears to the Garda Commissioner to indicate that the conduct of a member of the Garda Síochána may have resulted in the death of, or serious harm to, a person”.

With additional reporting from Michelle Hennessy