GUAM RESIDENTS RECEIVED a nasty jolt after two radio stations accidentally issued emergency warnings to indicate an imminent threat or attack, at a time when the US territory is already on edge over North Korean threats to fire missiles into nearby waters.

Guam is a US island territory in the western Pacific Ocean. It’s 5,800 miles west of San Francisco and 1,600 miles east of Manila. The island is a key US military stronghold and is only about 2,100 miles south of North Korea.

Several concerned listeners were reported to have called police after the stations triggered the Emergency Alert Broadcast System, issuing “a civil danger” warning at 12:25 am that was later confirmed to be a mistake.

North Korea had said it would finalise plans by mid-August on whether to fire missiles at Guam in response to “fire and fury” threats from US President Donald Trump.

But Pyongyang’s official Korean Central News Agency (KCNA) reported that Kim had examined the plans but made no move towards an immediate strike. 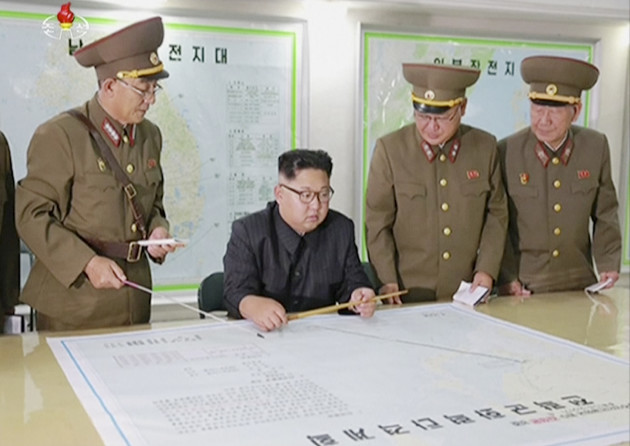 There is no change in threat level, we continue business as usual.

Homeland Security confirmed in a statement that the “unauthorised test was not connected to any emergency, threat or warning” and it was working with the radio stations “to ensure the human error will not occur again”.

Kim hinted he would hold off on the missile strike, saying he would “watch a little more the foolish and stupid conduct of the Yankees spending a hard time of every minute of their miserable lot”.

Read: Stuntwoman killed in motorbike accident on set of Deadpool 2>