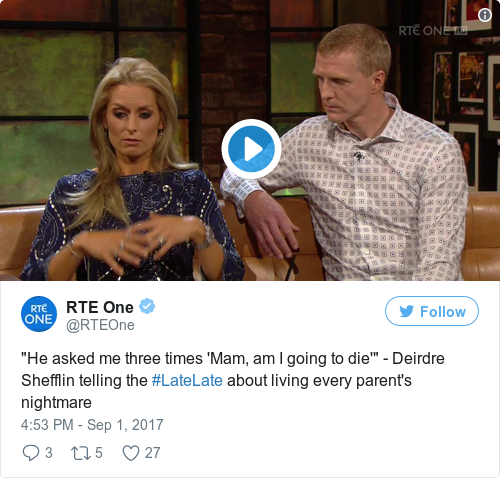 "He asked me three times 'Mam, am I going to die'" – Deirdre Shefflin telling the #LateLate about living every parent's nightmare pic.twitter.com/lWVWWRNGMk

HENRY SHEFFLIN AND his wife Deirdre has spoken about an accident involving a lawnmower and their young son that happened last summer, with the hurling star warning people to be wary of all machinery.

“I knew what had happened straight away,” the former Kilkenny hurler said last night on RTÉ’s Late Late Show.

“I knew by the screams of the girls,” his wife Deirdre said, recalling the incident. “And it wasn’t a scream that they’d fallen and cut their knee – they were terrified.”

Deirdre, who was pregnant at the time with the couple’s fifth child, said that she wasn’t sure who had been hurt, but she knew something was wrong.

“I grabbed the phone and dialled 999, I knew someone had been hurt, I didn’t know if it was Henry, little Henry, Freddie, I didn’t know, but I knew by the wails of the girls.

“And then I could see Henry lifting little Henry up and going to the other side of the house.”

Henry said that he was cutting the grass on a ride-on lawnmower when his son slipped as he was running past him. He said his leg fell under the lawnmower “in the blink of an eye”.

“I had to pick him off the ground,” Henry said. “And I suppose my first thoughts were ‘Please let this little boy walk again’.

He’d lost four of his toes, he’d lost a little bit of his foot, and it was very hard. 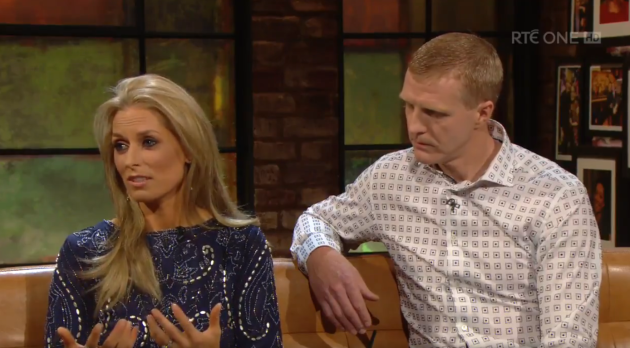 While Deirdre was on the phone to the emergency service unit, Henry came into the kitchen to get tea towels. The phone was passed around and little Henry was brought in.

…he was getting paler and paler, he asked me three times ‘Mam, am I going to die?’

And I kept holding him and I said no, you’re not going to die the ambulance is coming you’re going to be fine.

Little Henry, who’s aged 7, has since recovered from the incident and is able to walk.

Read: ‘The King Henry tag has never sat easy with me’