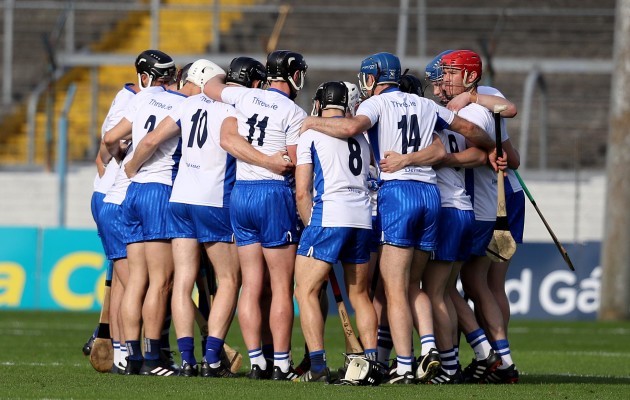 A LITTLE OVER a month ago, hundreds of people gathered on Bailey’s New Street, a side street located smack bang in the heart of Waterford’s Viking Triangle, to watch their beloved Waterford take on Kilkenny in an All Ireland hurling qualifier.

It was a sweltering July evening and The Reg, a local bar and nightclub, had erected a large screen outside to broadcast the match.

Fans in blue and white milled about, sipping pints and appraising the Déise’s chances. An outdoor bar dispensed plastic cups of beer and sausage blaas. A lone table of Kilkenny supporters attracted glares from the home crowd. “They don’t even go here,” the Waterford contingent seemed to say.

For this was no friendly derby – this was a grudge match. Waterford had a 58-year-old championship loss record to Kilkenny to overcome, while Kilkenny had a point to prove and a reputation to salvage following a lacklustre start to the season.

Over the next two hours or so, spectators were treated to a tense affair with both counties putting their fans through the emotional wringer. Waterford dominated the first half and led by five points going into half time. There was a feeling they might actually bloody win this thing, but fans knew better than to jinx it.

Things continued to go their way in the second half and with ten minutes to go, Waterford had a seven point lead. A comfortable, if not enormous, margin. Surely they couldn’t let this one slip through their fingers?

And then the Kilkenny assault began. A TJ Reid goal. Point after point with no reply. A Maurice Shanahan wide. Suddenly it was going to extra time in Semple Stadium. The few Kilkenny fans present were chuffed and bordering on smug, bolstered by the knowledge that history was on their side. Everyone else on Bailey’s New Street was bewildered and deflated.

This can’t be happening again. 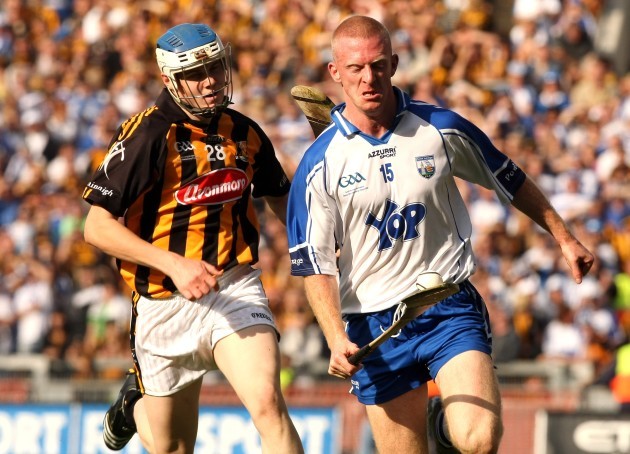 I Love Me County

Waterford perceives itself as a forgotten pocket of the country, one that has been neglected by successive governments and left behind as other cities have flourished.

Over the last decade, it’s been forced to contend with mass unemployment, the closure of Waterford Crystal, an as-yet-unfulfilled promise of a university, and an ongoing dispute regarding cardiac care in Waterford University Hospital.

And that’s before you get to that time TV3 excluded Waterford from its weather map. (It was a big deal, I swear.)

Waterford may be the oldest city in Ireland, but it’s frequently treated like a middle child left to fend for itself and make its own luck, which has understandably bred frustration and resentment among locals.

That’s where hurling comes in. At the best of times, sport serves as an escape from the stresses and mundanities of everyday life. But when you’re down on your luck, sport takes on a whole new significance. The stakes are higher and you’re acutely aware of what a victory would mean to your town, your city, your county. It becomes about more than the day out, we’ll put it that way.

You might forget about us all year round, but by God, you’ll remember us when we beat you.

Hurling has always been Waterford’s sport, but it was only in 2002 that it began to go through a period of resurgence. That year, Waterford won its first Munster Championship in 39 years. There were further provincial wins in 2004 and 2007. In 2008, Davy Fitzgerald guided them to their first All Ireland final in 45 years. (Let’s not talk about the scoreline.)

Nothing illustrates the mutual fondness that existed between Waterford people and their hurlers during that era than this emotional post-match interview from John Mullane in 2004 in which he uttered the now-immortal phrase, “I love me county,” only for a supporter to reply, “And we love John Mullane!” 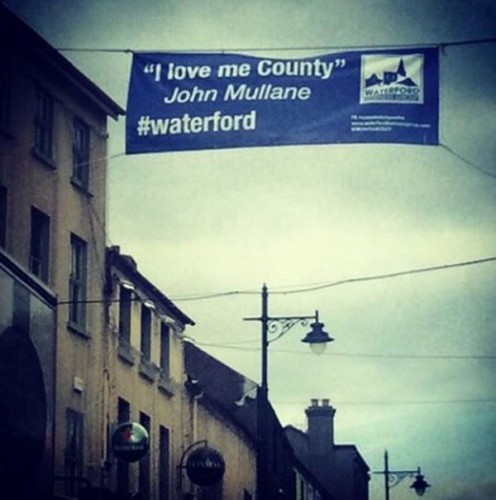 So what about the current squad?

Waterford fans now worship at the altar of Austin Gleeson, Jamie Barron, Tadhg De Búrca, Pauric Mahony and Maurice Shanahan, to name but a few. The team is stacked with talent, but supporting them is sometimes akin to parenting a teenager.

In one moment, you’re exasperated having watched them shoot for and miss a point that was far too ambitious in the first place. So impetuous, you think to yourself. But then Austin Gleeson conjures up some magic that doesn’t so much resemble hurling as it does wizardry, and you catch yourself beaming from ear to ear. That’s our Aussie, you smile. 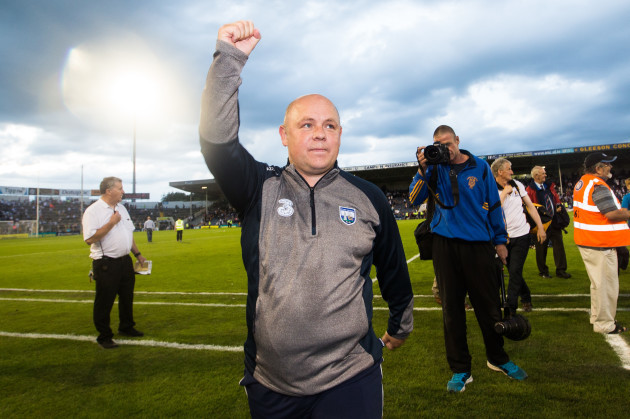 But while they may be beloved in Waterford, Derek McGrath’s side has failed to engender the same goodwill nationally, thanks in part to their reliance on the much maligned sweeper system. Fans and pundits alike have bemoaned the deployment of sweeper tactics with many asserting that it’s ruining the game of hurling as we know it.

As the best known proponents of the system in hurling, Waterford have borne the brunt of the criticism.

Sweepers should be outlawed! Not the game I love. Coach players to tackle & to use their heads instead of using extra backs to compensate!

Who is marking who in this game ? One would hate to be playing in the full forward line – or be a forward full stop ?#WatvWex

On Twitter, they’re labelled as negative and accused of lacking courage on the pitch. More pointedly, they’re reminded that sweepers don’t win All Irelands. But given Waterford haven’t won an All Ireland since 1959, can they really be blamed for trying something new, even if it isn’t always pretty to look at?

On Sunday, they face a young, dynamic Cork side. This is their third semi final in a row and there’s a feeling that while both sides will want to win it, Waterford need to win it. Not just for themselves, but for their county.

Really hope Waterford win next week at the auld hurling, I know Cork really want a win too, but Waterford really NEED it.

This can’t be happening again.

People muddled into The Reg, ordering pints to settle their nerves and trying to process how Waterford had managed to forfeit a comfortable lead and bring it to extra time. Some attempted to offer a clear-eyed analysis of Waterford’s prospects, but most couldn’t manage anything beyond, “My nerves, boi.”

As extra time commenced, the general mood could be described as “expecting the worst, but hoping for the best”. Seasoned Waterford supporters had been here before. They knew better than to hope and dream.

But then something wholly unexpected happened. Waterford came out rearing to go. They went point for point with Kilkenny for a few minutes until Jamie Barron scored a goal to put them four points ahead at extra time.

At this point, the commentary was drowned out by people screaming, “GET IN” and “COME ON, WATERFORD”. Plastic cups of beer were foisted into the air and those unfortunate enough to have the contents of said cups land in their hair didn’t even care. 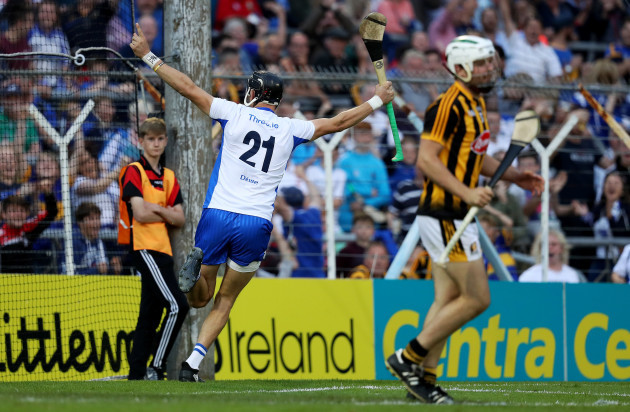 Buoyed by a positive first half performance, Déise fans were cautiously hopeful. Then Maurice Shanahan burst forward to tap the ball into the goal with one hand in a play that wouldn’t have looked out of place on a tennis court.

As soon as the sliotar hit the back of the net, Shanahan was running with his arms outstretched and tugging at his county crest. On Bailey’s New Street, fans were screaming themselves hoarse, bursting with pride and certain they were on the brink of triumph.

When the final whistle blew, there was joy and disbelief. After 58 years, they had finally shaken the monkey off their backs. Sure, Waterford hadn’t made it easy for themselves, but why take the motorway when you can take the scenic route?

And this is what it means ?⚪️ pic.twitter.com/qbQGHAWbbD

And that’s what keeps Waterford fans coming back – the flickers of magic, the passion, the characters, the perennial question of whether this will be our summer.

As Journey once sang, “Don’t stop believin’, hold on to that feelin’.”

‘If Derek McGrath had been in charge, I think we’d have won All Irelands’ >