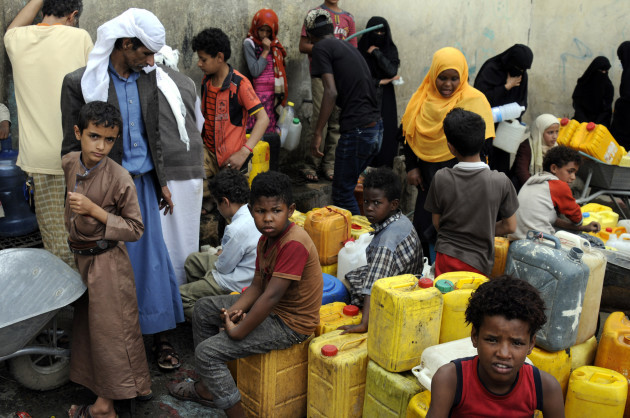 People collect drinking water from a donated water pipe in the Yemeni capital of Sana’a.

THE LARGEST HUMANITARIAN crisis in the world is happening right now in the Middle-East nation of Yemen, according to the UN.

Over two years into a civil war in the country, it’s estimated that 60% of the population is in need of food and 6.8 million people are facing starvation.

Now, exhausted Yemenis are dealing with a cholera outbreak that is the worst ever recorded in a single year. It’s estimated that about 504,000 people have contracted the disease since April, about one in 50 people in the country.

This outbreak alone has caused the deaths of close to 2,000 people, about 60% of them children.

One of the main problems for humanitarian aid groups is getting enough medicine for the huge numbers who need it. Yemen’s main airport in the capital of Sana’a is blockaded, meaning only a select few UN aid flights are allowed in.

Helping to provide supplies for the country’s overstretched hospitals is part of the role of Deborah Gallagher, a trained nurse from Galway who’s been in Yemen since last November and is a health delegate for the Irish Red Cross.

Speaking from Sana’a, Gallagher explains that the cholera outbreak has put huge pressure on an already delicate healthcare system that has seen 55% of its facilities offline due airstrikes or other conflict-related violence.

“Most staff had never really dealt with cholera before so the pressure on the system was not just that Yemen was completely unprepared. This is a disease that has come because of the war, so we had a lot of scared staff who weren’t sure how to treat it,” she says.

So initially we began with training the staff on how the cholera treatment unit should be set up, because there’s quite a particular way to prevent cross-infection. And also the actual treatment of it. Cholera itself is very easy to treat if you get treatment on time. 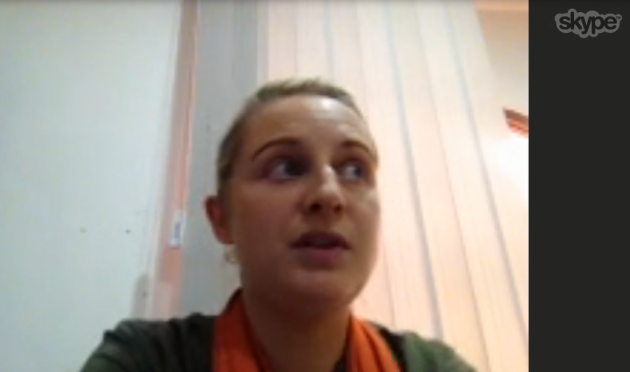 The collapse of Yemen’s infrastructure comes after more than two years of war between the Saudi-backed government and Shiite rebels who control Sana’a.

The has WHO warned that the cholera outbreak has spread rapidly due to deteriorating hygiene and sanitation conditions with millions of people cut off from clean water across the country.

Gallagher says that at its peak in the middle of the summer, about 7,500 cases a day were being diagnosed. This has now slowed somewhat but the upcoming rainy season is expected to lead to another acceleration in infections.

“At the moment we’re average about 5,000, so the trend is declining but now we’re coming into rainy season and they are very heavy rains. So there is a possibility that we will see another spike in cases.”

Because you’ll have another overflow of the sewage system and also, driving through the streets you have these floods and you see children playing in this sewage infested waters.

Aside from the problem of hospitals not having enough medication or clean water, doctors and nurses in Yemen have not been paid in nearly a year.

More than 8,400 people have been killed in the fighting since March 2015 and a UN report released this week showed that the number of airstrikes in the country is intensifying.

In this first half of this year there have already been more airstrikes than the entirety of 2016.

While the report does not specify who is behind the air raids, the Saudi-led Arab military coalition which is allied with the government largely controls Yemen’s airspace.

Read: At least 56 people die after human traffickers force 300 off boats and into the sea >

Read: The world’s largest ever outbreak of cholera looks like it’s about to get even worse >