IRISH PROFESSIONAL CYCLING outfit, Aqua Blue Sport, have had their team bus destroyed in Almeria overnight, in what they describe as a “cowardly arson attack.”

Emergency services were called to the scene at the Tryp Indalo Hotel where the team stayed overnight.

According to a team statement, the bus, which was parked on the adjoining street of Trevesia de San Luis, had a mattress placed underneath it which was set alight.

“A suspect was arrested by local police near the scene and is currently in custody.

“As this is an active investigation we will not be releasing any further information.

We would like to extend our gratitude to the Fire Service and the Police for their help during this difficult time.

“We would also like to thank Unipublic and ASO for their assistance.”

Team owner Rick Delaney tweeted his frustration after the incident: 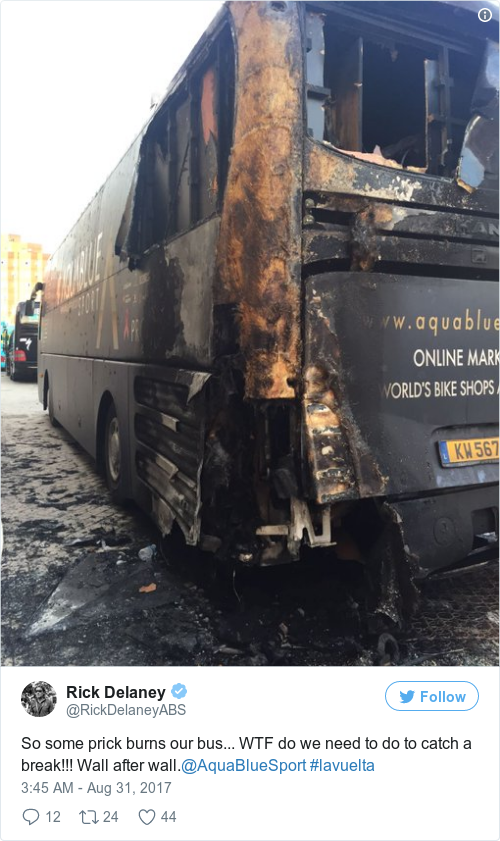 So some prick burns our bus… WTF do we need to do to catch a break!!! Wall after wall.@AquaBlueSport #lavuelta pic.twitter.com/rnIyoW3usu