WE’RE AT THE business end of Wimbledon right now with Roger Federer and Marin Cilic going head to head in the men’s tomorrow.

But none of those massive matches will provide a comic moment like what happened in a match in the Ladies’ Invitation Doubles – the equivalent of the legends tournament – yesterday.

Kim Clijsters asked her teammate Rennae Stubbs whether she should serve wide or down the middle.

“You said body? Why don’t you go there!” 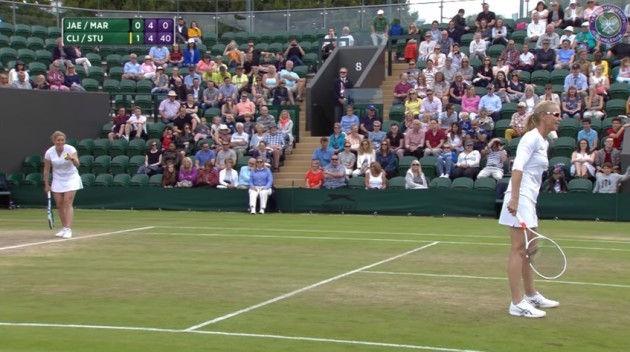 As WicklowNews.net discovered, the man in question is Chris Quinn from Greystones. 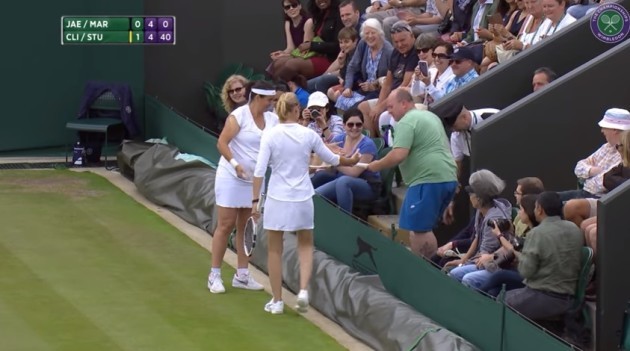 But there was only one problem: Wimbledon has a strict all-white clothing policy, and poor Chris was sporting a jaunty green tshirt with blue shorts.

So Clijsters got him a spare skirt out of her bag 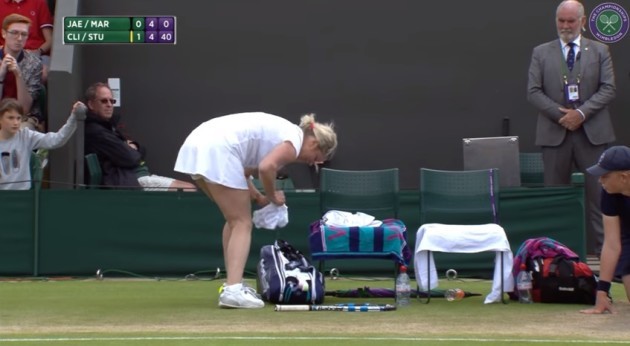 And with a bit of help, he successfully got it on 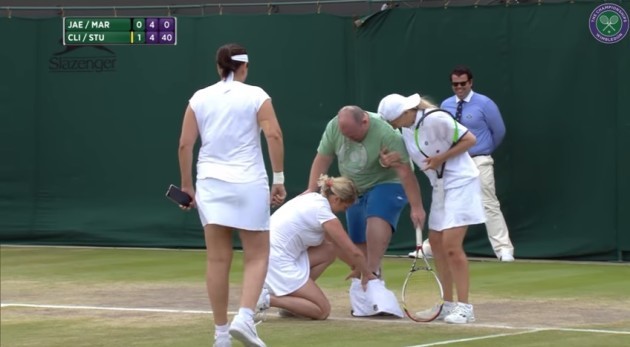 Clijsters was literally falling on the floor laughing throughout 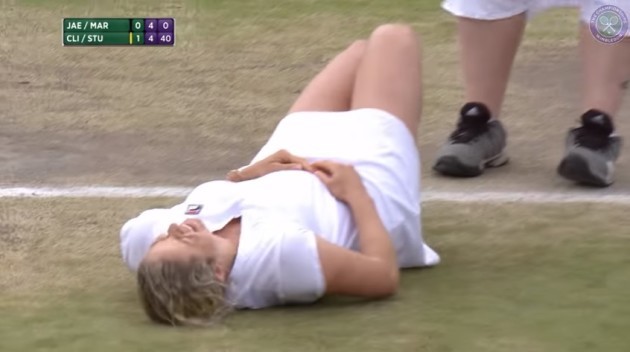 And eventually Chris was ready to go 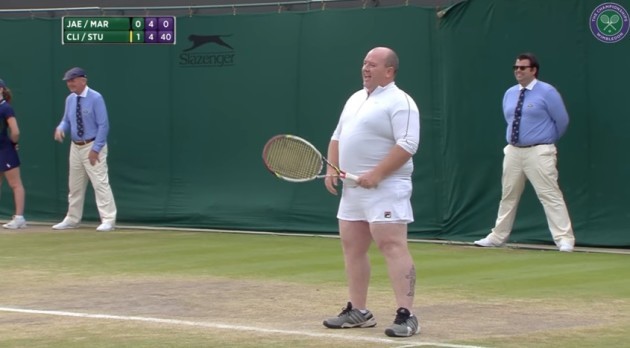 And actually successfully returned the serve! 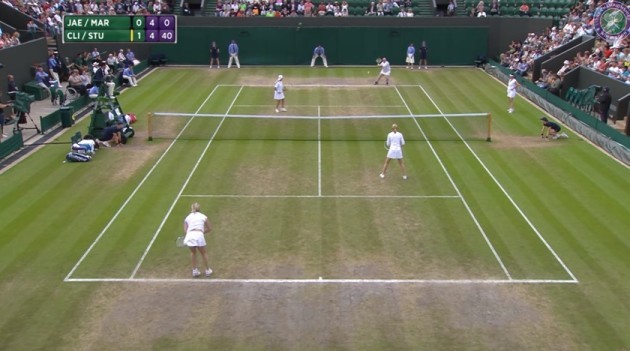 The video has been watched over 300,000 times on YouTube since yesterday.

WicklowNews has a theory that Chris is leaving his mark on Wimbledon in more ways than one:

We are not sure and are open to correction but is Chris the first Wicklow man to play at Wimbledon and if you are wondering, Chris got to keep the skirt.

He got to keep the skirt? That’s good to know.

DailyEdge is on Snapchat! Tap the button below to add!