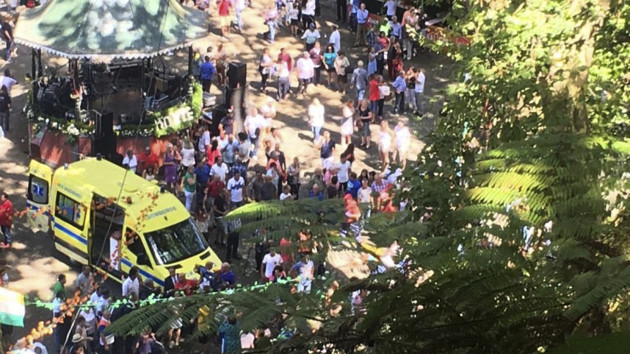 An ambulance at the scene after a tree fell on a large crowd gathered as part of a traditional religious festival.

TWELVE PEOPLE WERE crushed to death and around 50 were injured when a 200-year-old oak tree fell on them at a religious festival on the Portuguese island of Madeira.

Seven of those hurt were seriously injured, regional health chief Pedro Ramos told a press conference. The injured include a French citizen, a German and a Hungarian.

The tragic incident occurred around noon when the massive tree toppled into a crowd gathered near the island’s capital of Funchal to mark the Lady of the Mount festival in honour of Madeira’s patron saint, Mary. 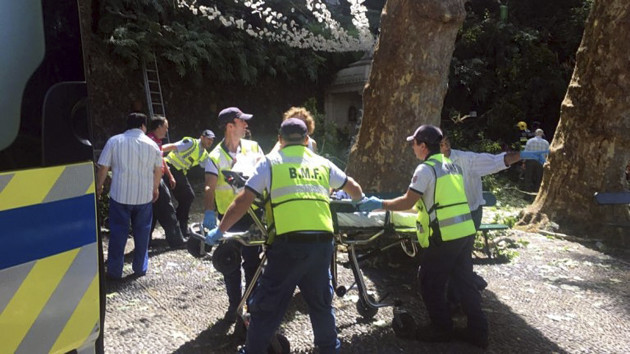 Emergency services move an injured person to an ambulance after a tree fell on a a large crowd gathered as part of a traditional religious festival in the outskirts of Funchal.

Catholics around the world mark Assumption Day on 15 August, which according to Christian tradition marks the Virgin Mary’s ascent into heaven.

The festival in Madeira draws large crowds every year from the island and beyond, and worshippers had gathered to light candles in a botanical garden around five kilometres from central Funchal.

“We heard a cracking sound and then the tree fell where people were lighting candles. People sitting on the benches near the fountain were also hit,” witness Domingos Perestrelo told the SIC Noticias TV station.

There was a big panic – it happened in the middle of mass, around a half-hour before the start of the procession. There were a lot of people there.

The fountain is surrounded by several tall trees aged a hundred years or more. 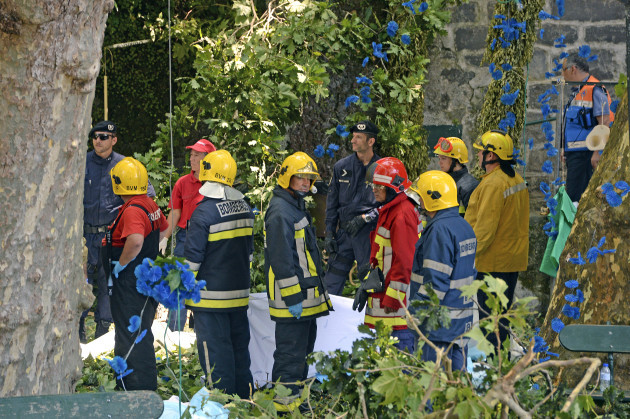 Firefighters hold a blanked as bodies are removed from the scene where a tree fell on a large crowd gathered as part of a traditional religious festival.

A security perimeter was set up around the scene, where worried worshippers were gathered waiting anxiously for news and offering help to rescue teams.

Portuguese Prime Minister Antonio Costa offered his condolences to families and friends of the victims, while President Marcelo Rebelo de Sousa was due to arrive at the scene in the coming hours. 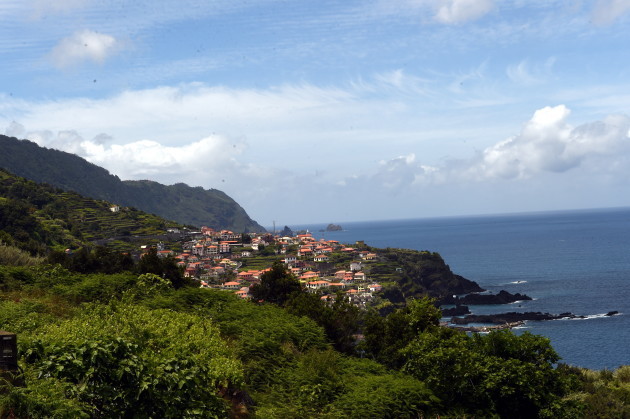 A view of the island of Madeira.

Madeira, a popular tourist destination thanks to its dramatic coastlines and gentle climate, is the largest of several Portuguese islands in the north Atlantic Ocean.

Located in a volcanic archipelago off the coast of Morocco, it is prone to floods as well as landslides – which in February 2010 left more than 50 people dead, with Funchal badly hit.

Last year the Lady of the Mount festival was cancelled due to a forest fire.

Madeira has a population of more than 250,000, the vast majority of them Catholic.

Read: Stuntwoman killed in motorbike accident on set of Deadpool 2