Having made his league debut in the 3-2 win over Bolton Wanderers on the opening day of the season, the 21-year-old, who can play as a defender or a holding midfielder, was named at centre-half due to Liam Cooper’s injury. 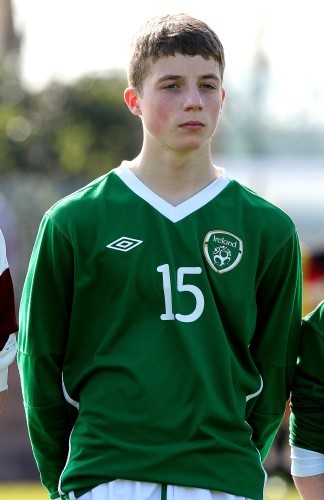 Shaughnessy is an Ireland underage international.

And the former Reading man, who joined Leeds in the summer of 2016 after being released from the Royals, performed well in a 0-0 draw.

Unfortunately, a tackle from Shaughnessy on Lucas Piazon in the first half left the on-loan Chelsea forward with a broken fibula. He won the ball and no free-kick was given.

There was also a vital challenge on Neeskens Kebano in the final minutes.

Speaking after the game, Christiansen praised the former Ireland U18 international but added that there is still room to improve.

I believe he did very well,” the ex-Spanish international said in his post-match press conference.

“I’ve said before that he’s a young player and he doesn’t have so much experience but he did well. Today he was under big pressure against a big team like Fulham and he did okay.”