A STRING OF failures led to the deaths of two young people in a terror attack at London’s Fishmongers’ Hall after authorities were blinded by their killers’ “poster boy image”, an inquest jury has concluded.

Cambridge graduates Jack Merritt, 25, and Saskia Jones, 23, were fatally stabbed by convicted terrorist Usman Khan at an alumni event put on by prisoner education programme Learning Together on November 29, 2019. 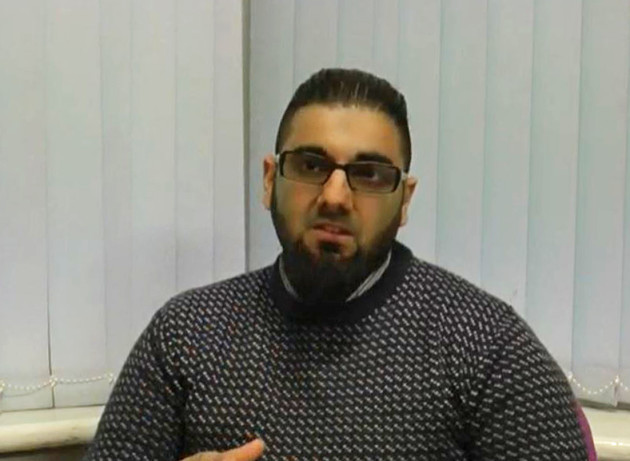 Metropolitan Police handout videograb, which was shown in court at the inquest into the terror attack at the Fishmongers’ Hall in London on November 29 2019, of Usman Khan during a ‘thank-you’ message for a Learning Together event in Cambridge in March 2019.

Khan, 28, who wore a fake bomb vest, was tackled by delegates armed with a narwhal tusk and a fire extinguisher, and driven out on to London Bridge where he was shot dead by police.

An inquest at the Guildhall in London heard that Khan had been released from prison 11 months earlier under strict licence conditions and was under investigation by counter-terrorism police and MI5.

But the “manipulative and duplicitous” terrorist hid his murderous intent from those tasked with keeping the public safe, the hearing was told.

The jury found the victims had been “unlawfully killed” and confirmed basic facts surrounding their deaths.

It concluded failings in Khan’s management in the community and information-sharing and guidance by agencies responsible for monitoring or investigating Khan contributed to the deaths.

Jurors also found omissions or deficiencies in the organisation of the event at Fishmongers’ Hall and its security contributed to the deaths.

In a narrative conclusion, the jury highlighted “unacceptable management and lack of accountability”, “serious deficiencies in the management of Khan” by the multi-agency organisation responsible for public safety and “insufficient experience and training”.

The jury added there was a “blind spot to Khan’s unique risk due to a ‘poster boy’ image.”

On information sharing, the jury identified “missed opportunity for those with expertise and experience to give guidance”.

On the organisation of the event itself, the jury found there was “lack of communication and accountability, and inadequate consideration of key guidance between parties”. 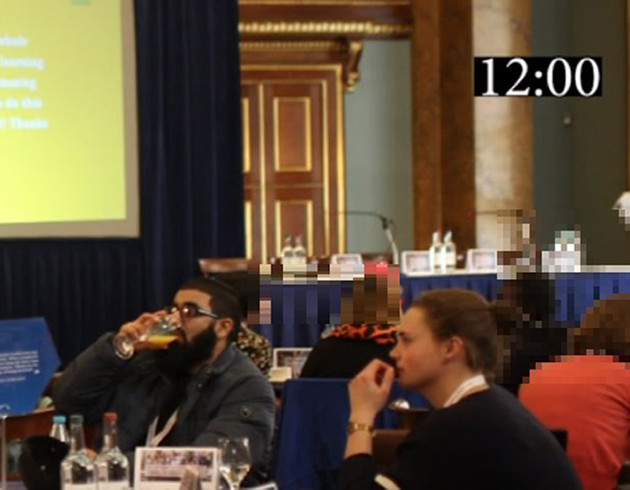 An image taken before the terror attack at the Fishmongers’ Hall in London on November 29 2019, shows terrorist Usman Khan and his victim Saskia Jones sat at a table together at a prisoner rehabilitation event near London Bridge.

The hearing was told that Khan had spent eight years in jail for plotting to set up a terror training camp in Pakistan.

Behind bars, he had become more dangerous amid incidents of violence and extremist bullying, jurors were told.

On his release in December 2018, he was assessed as being a “very high risk of serious harm” to the public.

MI5, which had already launched a covert investigation with West Midlands Police supported by Staffordshire Special Branch, had intelligence that Khan was planning to “return to his old ways” and aspired to carry out an attack.

Yet the attack aspiration information was not passed on by police to others involved in Khan’s management in the community and the “old ways” intelligence was labelled “low grade”.

A proposal to allow Khan to travel unescorted to London for a Learning Together event was mooted at a multi-agency public protection arrangements (Mappa) meeting in August 2019.

Jurors heard there was no record of it being positively approved by the panel, although no-one raised any objections or discussed the risks.

The panel failed to recognise the “trophy” status of Fishmongers’ Hall, near London Bridge, as a potential high-value terrorist target at the time, it was claimed.

Security services later became aware of the plan but did not warn against it, despite remaining “sceptical” about Khan.

The ongoing investigation had not identified suspicious activity and MI5 was considering closing it, the hearing was told.

But jurors heard there were some potential warning signs – flashes of anger from Khan, his failure to find a job, and his increasing isolation as he spent time in his flat playing Xbox.

Officers from the Government’s Prevent anti-radicalisation scheme spent just 18 minutes with him after he moved out of approved premises in September 2019. In the final days, Khan had bought a set of knives and assembled a fake suicide vest at his rented flat in Stafford.

He had travelled on the train to London alone, putting on the dummy device under a bulky jacket en route.

A chilling image showed Khan, still wearing his coat, sitting next to Ms Jones at a table at Fishmongers’ Hall.

He then went into the men’s toilets and strapped two knives into his hands in a cubicle.

It was pure chance that the first person he encountered was Mr Merritt, whom he stabbed repeatedly.

Khan went on to stab Ms Jones once in the neck and injure three other people shouting “Allahu Akbar” before he was shot dead.

Nick Armstrong, for Mr Merritt’s family, said it was “completely crazy” that Khan was allowed to attend Fishmongers’ Hall on his own, given what was known about him.

It was argued that the Fishmongers’ Hall management, who were unaware a convicted terrorist was attending the event, should have been advised to put more security measures in place and Khan could have been met by an officer en route to the venue.

However, a senior MI5 officer told jurors it would have taken an unjustified 24/7 surveillance to have foiled the attack.

Jurors had considered their conclusions after hearing evidence from 84 witnesses over six weeks.

Since the attack, the Ministry of Justice has brought in a raft of new measures to tighten up management of terrorist offenders in the community.

Polygraph testing for adult terror offenders on licence is due to be brought in at the end of June.