WHEN RICHARD SLOAN signed on for the dole for the first time in his life, it came as a shock.

The Dubliner had worked as a sales rep for a family-owned business called Claddagh, which seemed to be doing well as the Celtic Tiger was roaring in 2003.

However, a property deal that the firm was involved in went south, pulling down the company and making all of its staff redundant.

Being unemployed felt strange to Sloan, who had worked since he was 15.

“I had a good relationship with customers, and it wasn’t like sales figures were going down, so it came out of the blue for me. It very much came as a shock ,” he tells Fora.

I was made redundant with a small payment. I found it difficult but you just had to accept that these things will happen.

“I went into the local office and the people were really helpful, but I knew that this wasn’t an environment for me. I wanted to be working again quickly.”

Barely a month later, he secured a job as a sales rep for a bathroom sales firm. However, his experience of signing on stuck with him. It was one he would be reminded of when he had to place some of his colleagues in the same position.

The company that he took a job at was a Dublin-based wholesale business that sold bathroom supplies across Ireland. It was established by John Usher about 40 years ago and mainly focused on selling a brand called Twyford.

When John passed away, his son Dermot took over the business at just 23 years old. Over the years he slowly built up the company, but it was still a fairly small operation by the time Sloan joined, employing about a dozen people.

As so many other businesses did, the firm grew rapidly during the boom. It went from sales of about €3 million when Sloan joined in 2003 to more than €21 million in 2007.

It took on a new name, Sonas, and spent millions building a new state-of-the-art distribution facility in Dublin. However, near the end of 2007 things started to go awry.

“From the day I had joined we had never missed a growth target, but in September 2007 I took a phone call from someone in management who said that we wouldn’t hit our target for the month,” says Sloan, who at this point was the manager for key accounts.

Suddenly you could start to feel it, there was lots of talk of a soft landing.

Sloan was appointed as managing director of Sonas Bathrooms in May 2008, just was the economy started to implode.

“I was made the boss in May 2008 (and) we had just spent €7 million on the building when we realised there would be no soft landing (for the Irish economy). People had to be selected for redundancy,” he says.

“There was a huge amount of pressure, I was saying: ‘Am I responsible for this?’ But I could look in the mirror and say that everyone was treated fairly.” 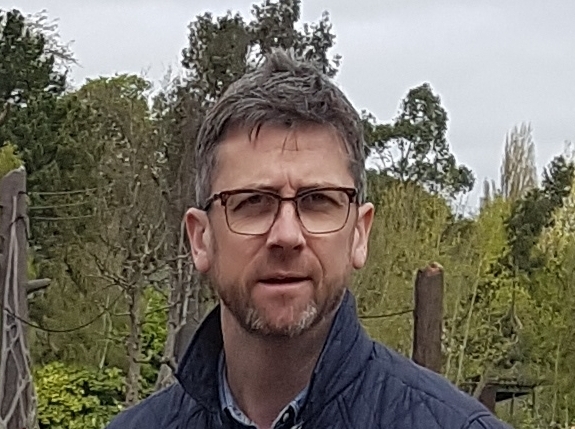 Sonas lost about half of its staff over the next few years as its 50-person workforce was chopped down to 30. Many of the people lost were among those who Sloan had worked with for years from his time as a salesman.

The 42-year-old says that while he can “see the connection” between the workers’ redundancies and his own, he found it harder to let people go.

“In my case the whole company was gone, but here people had to be selected. I found it more difficult making the redundancies than being a victim of redundancies,” Sloan says.

(But) it was for the greater good and the business must come first. Without the company there’s no income or employment for anyone.”

“There were a number of years of flat sales. We used this time to improve our product offering,” Sloan says. “We did lots of work positioning ourselves for the eventual recovery.” 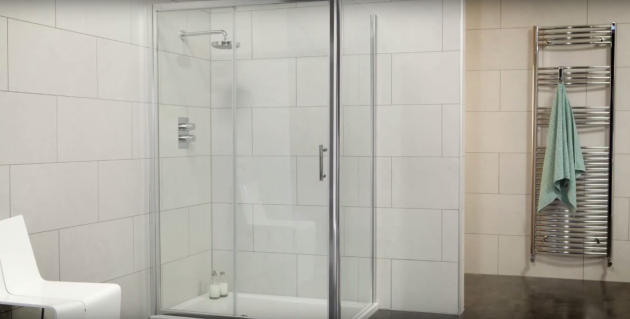 Sonas has performed much better since the economy started to improve. It made a profit of over €2 million in 2015 and is on track to hit €30 million in sales by the end of the year.

The company is a wholesaler, selling products suitable to fit out a range of bathrooms.

“Everything you need for a bathroom, whether it’s a home, school, hospital or prison, you name it, we sell it,” Sloan says.

Republic and the North

Sonas buys in all of its products from abroad, mostly from Europe or China. Once its goods are imported, they are stocked in one of the company’s two distribution centres.

From there the products are delivered to customers. Retailers advertise and sell Sonas’s products, and Sonas then delivers the goods to the customer.

The firm operates across the island of Ireland and claims to be the “market leader” in its field in both the Republic and the North.

The company works with almost 400 retailers across the country, including chains like Chadwicks, as well as smaller independent shops.

“We have nearly every price point that you need, we cater for about 80% of the market besides the top-tier of bathroom brands that are very expensive,” Sloan says. 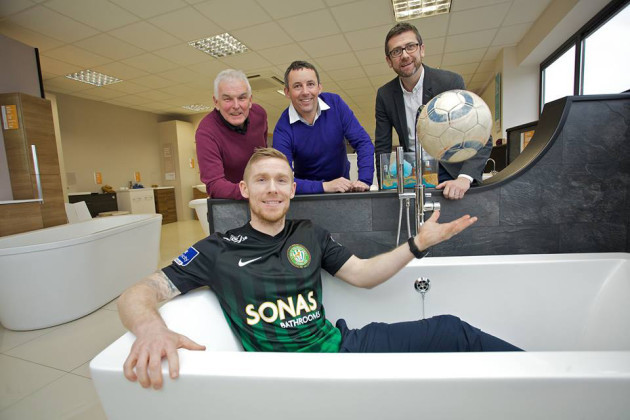 While Sonas doesn’t try to compete with those at the very top end of the market, its products aren’t the cheapest either.

“Service costs money – if you’re going to be the cheapest, you won’t be able to fund it,” Sloan says.

The firm instead looks to compete on service, with Sloan adding:

We have three plumbers working in the business and people who can fix any problems that arise.

“There is a huge amount of trust with retailers, and they know that if there’s an issue after a sale we’re here to support them.”

Sloan wants the company to keep growing, although he would prefer if it could increase its sales without taking on extra bodies.

“We want to become more efficient so that we can continue to expand without recruiting a huge amount of people,” he says.

“We all have the capacity to do more, but it’s about bringing people along so that they have a more productive output without getting burnt out. We want people to be working at 85% most of the time, so that they can step up on days when it’s needed.”

Sloan plans to stay where he is as Sonas continues to swell. He expects another downturn at some point – “these things are cyclical” – so he is now looking to ensure sure that the firm is always on a sound footing in case it needs to weather another storm.

“We’ve taken Sonas from a peripheral player to one that is now considered a market leader, my ambition is to remain in this position and to grow,” he says.

“I have no ambition to move on or move to a different industry right now. I feel very fulfilled in the role that I’m in at the moment.

“The challenge now is to recruit people who are better than me so that the business grows and gets better.”

This article is part of our weekly series examining the nuts and bolts of businesses. If you would like to see your company featured please email news@fora.ie.