A 69-YEAR-OLD wheelchair user and care home resident who pleasured himself in a shower while being washed by two young female care assistants has escaped jail.

Mason pleaded guilty to the sexual assault on 20 October 2015 at the privately-owned Co Clare care home of one of the care home assistants who was aged 20 at the time.

In imposing the suspended jail term, Judge Keys told Mason that “a custodial sentence in light of your current medical condition would make it hard for you to serve and I am very conscious of that”.

Mason is in a wheelchair today because of a stroke and damage caused to his central nervous system due to excessive drinking.

I believe that society has nothing to gain by the imposition of a custodial sentence on you.

Giving the facts in the case, counsel for the State, Lorcan Connolly BL told the court on the date that as the female care assistant dried Mason’s feet and put on his socks, he started to stroke the care assistant’s hair and asked her to perform a sex act on him.

Connolly said that Mason told the assistant “what he would do to her”.

Connolly said: “Mr Mason told her, ‘you are a nice young girl, you should have loads of energy in the bedroom’.

Connolly said that the victim told gardai that while in the shower, Mr Mason said: ‘I was nearly there and ye ruined it’.

Connolly said that the victim said that what Mason was saying,

was sickening but the fact that he was stroking her hair and talking dirty to her really got to her and that he didn’t let go until they were putting on his jumper.

Connolly said that the care assistant felt “traumatised and sick” over what occurred.

He said: “The consequences of your offending cannot ignored and seriousness of your actions cannot be ignored”.

Judge Keys stated that the offences comes “within the lower level of offending for these type of cases”.

Outlining the aggravating factors in the case, Judge Keys said Mason was told to stop “but continued to pleasure himself and made inappropriate remarks to staff assisting him in the shower”.

You abused your victim in spite of her requests for you to refrain.

Judge Keys said that Mason had pleaded guilty, his risk of re-offending was low; that he accepts what he did was wrong and has no previous convictions.

He said: “It has been submitted with some merit that the nature of the assault and your conduct were more acts of indecency than assault, which was of a minor level, but falling within the legal definition of sex assault.” 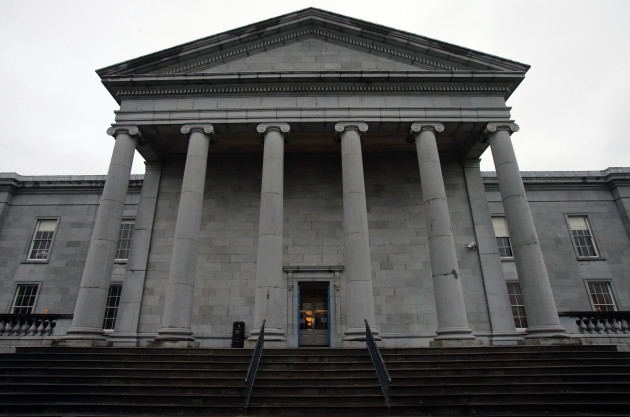 Mason left the nursing home as a result of the incident to be cared for at a Co Limerick home. Now, Mason is being cared for at his Clare home through a HSE care home package.

In her victim impact statement, the woman said that what occurred “affected my life in a way no one else should go through. Michael Mason sexually assaulted me. I was just trying to make a living for myself and do the best I could in the job

I never thought things like this could happen to you in the workplace. When he started touching himself and saying rude things to me, it made me feel dirty and intimidated.

“He thought it was funny when I told him to stop multiple times and he continued to do it, I felt humiliated. It made me freeze because if I had stood up for myself physically, it would have been elder abuse on my part.”

She said: “I had terrible nightmares after it – they were more or less every night and I can’t sleep in the dark with these dreams. Michael Mason not only ruined my life – what he did also ruined the relationship I had with my boyfriend of two years. I pushed him away and I couldn’t have a sexual relationship with him because I felt dirty

“I loved my job at the nursing home but after what he did to me I had to leave. He has ruined my trust in people and changed the person I used to be. I will never forgive him for what he has – and continues – to put me through,” she added.

Read: Man (69) pleasured himself in shower while being washed by care assistants, court hears >

Read: ‘We wanted to be loved’: Institutional abuse survivors take their fight for justice to the UN >