MINISTER FOR HOUSING Darragh O’Brien this evening met with Mica affected homeowners to update them on Government proposals.

The homeowners are seeking 100% redress for damage to their homes which was caused by the use of mineral mica in concrete building blocks.

Previously Minister O’Brien and the wider Government gave a commitment that it will enhance an existing redress scheme for residents in Mayo and Donegal.

The Minister this evening thanked the working group for their engagement and involvement in the process over the past number of months.

O’Brien acknowledged that the current scheme is not working as originally intended.

In a statement this evening, the Department of Housing said the Minister understands the stress and the hardship which affected homeowners are facing and assured them that enhancements would be made to the current scheme.

“The homeowner representatives have submitted a very detailed proposal as to what they wish to see in an enhanced scheme and I would like to thank them for their engagement and proposals,” O’Brien said.

The Minister said he expects to have receipt of the report of the working group tomorrow, which he will consider.

“As for the next steps, I will, along with the Taoiseach, Tánaiste, Minister Ryan, Minister Donohoe and Minister McGrath, and with input from the Attorney General, consider proposals which can then be presented to Cabinet in a memo,” O’Brien said, adding that he intends to bring it to Cabinet in the coming weeks.

“I agree wholeheartedly with the homeowner representatives that what has happened to them is through absolutely no fault of their own. Let me be very clear that there will be no delaying this process,” he said.

“I absolutely understand the urgency associated with this matter and I want a scheme which works for people,” the Minister said.

“As I have said from the start, enhancements to the scheme will be required and will be made with whole of Government approval. I will be meeting with and briefing colleagues in Government on this matter in the coming days.” 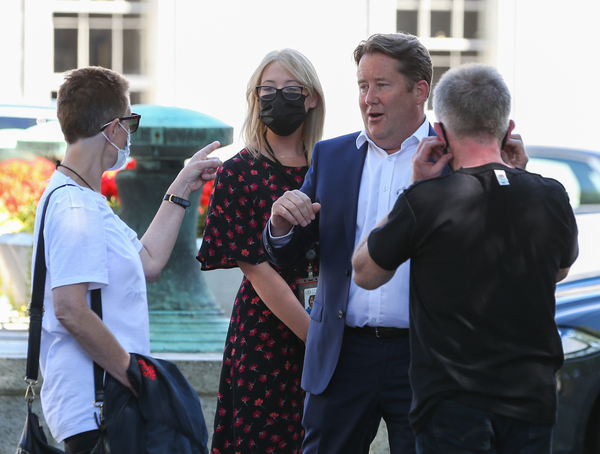 ‘Nothing is off the table’

In a radio interview on RTÉ’s Morning Ireland earlier today, O’Brien reiterated his comment that “nothing is off the table” in regard to what any potential plan contains.

“It is really it’s not about pressure to be honest, it’s a very serious situation for homeowners, they’re the people I’m concerned about, and concerned that we can bring a scheme that’s enhanced for them, that means that they can get on with their lives and at least have real hope that their homes can be remediated,” the Minister said.

O’Brien said that there have been difficult meetings between house holders and department officials previously.

“In fairness, not every meeting has been easy either.

“And it is a quite a fraught situation, and understandably, you know, from time to time. Emotions can run high on this but I’ve said very clearly publicly both in the Dáil, and outside of the Dáil, that nothing is off the table here,” he added.

The Minister said there had already been a commitment of €1.5 billion and that he was aware of the cost to the exchequer of any potential scheme.

“I’m absolutely convinced that the scheme can be improved with those improvements will come, enhanced cost, absolutely, but we need to be able to consider the working group report, in a way that allows us to lay out what changes that we can make.”

O’Brien said that Government will look at finding a way to make those responsible for the sub standard Mica bricks pay for the redress scheme.

“We’re doing a lot of work in this space in relation to what legal recourse we’d have against those responsible. I don’t have that detail yet.

“The focus has been in getting the scheme, right, but what I have said publicly is that I believe that those responsible and those who have a stake in this, that we would look at in the future of how they may contribute towards the scheme but no decisions have been taken in that space at all.

“The focus has been on getting the scheme right for people, and that’s something that we will come back to in relation to Mica,” he added.

With reporting by Hayley Halpin