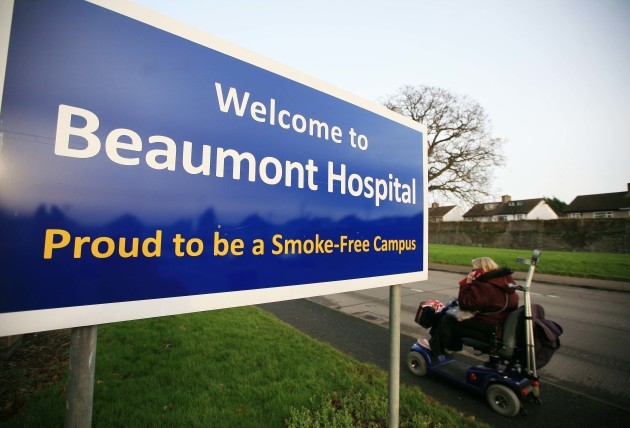 A WOMAN WHO has been waiting for an operation to heal a chronic back problem for more than two years has been told that there are no guarantees when she will get her surgery.

Westmeath woman Catherina Tobin (54) has been in need of surgery for a chronic spinal complaint since at least June of 2015.

At that time she was diagnosed as needing decompression and fusion surgery of the L4 and L5 vertebrae in her back at north Dublin’s Beaumont Hospital. She was put on a waiting list for that surgery at the same time.

As things stand, she cannot move her left leg or toe. Her bottom is numb. She cannot sleep.

Catherina was told that she would have surgery within two months on 15 May this year. Now staff at the north Dublin hospital have informed her that they have no idea when a slot for her surgery will become available.

“I was back in Beaumont on the 17 July and I thought that was finally going to be it,” she tells TheJournal.ie.

Instead they checked my bladder and bowels for cauda equina (a condition caused by compression of the nerves in the lower spine), which I don’t have thanks be to goodness.

But that doesn’t change the fact I’m in chronic pain, and I have been for years, and we’ve known I need this operation for two years.

“Anyone can see the way I am, it’s excruciating and it’s constant. I know I may sound aggressive but the pain is constant, it’s just so unfair.” 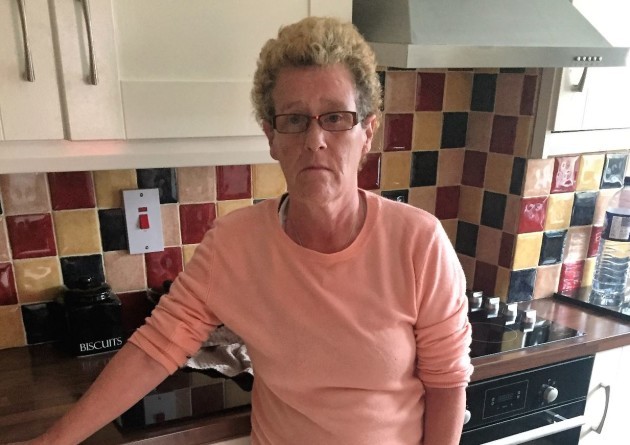 Catherina has been told that there are no beds available to her consultant in the hospital due to them being occupied by tumour patients and also because of bed shortages at Beaumont as a result of privately insured patients taking public beds.

“How can I mind a tumour patient taking precedence, all I can do is feel so sorry for those people,” she says. “But I don’t see why the government has the right to discriminate against me for being a public patient, for not having insurance. I can’t get insurance because my condition is pre-existing.”

As at end July, Beaumont had 25,742 outpatients on waiting lists, 2,847 (11%) of whom had been waiting for longer than 18 months, according to the National Treatment Purchase Fund’s (NTPF) official figures, representing a 3% increase in just one month.

“Now, when I ask they tell me the operation could be two months, six, a year,” says Catherina.

The last time I was up my son came with me. He was going to defer his college course to look after me until we talked him out of it. They asked him how my sleep was. He just laughed and said ‘my mother doesn’t sleep’. 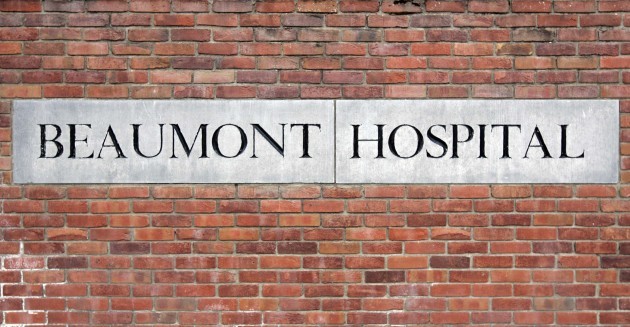 “There are two types of patients in this government’s health system – those with money and those without,” says Sinn Féin TD Peadar Tóibín, who first brought Catherina’s case to light.

Both get treated very differently. The former get treatment, the latter don’t. This has a radical effect on their life outcomes. The withholding of treatment on income grounds as is the case with Catherina means extended periods of pain and discomfort are endured. It also removes low-income patients from the workforce which obviously has a knock on effect on income, accommodation and ability to provide for family.

Catherina first had a disc removed from her back when she was 19, followed by another when her son Alfie was born. She has struggled with her back complaint her entire adult life.

Now she has been told that she doesn’t qualify for immediate surgery under the NTPF as she has been waiting less than 18 months for surgery (with that date seemingly running from when her condition was deemed to be ‘chronic’ following a series of nerve tests in Beaumont in April 2016). This is an assertion she disputes.

“I was put down for this surgery in 2015, they say that’s not the case but they can’t tell me why. So they talk about me going back to the pain clinic. I already spent nine years there, we left there because there was literally nothing more they could do for me. We exhausted every option there. You needn’t think I’m doing that again. Yet if I had €17,000 I could have the operation tomorrow.”

“This is not an accidental crisis, it is the outcome of policy choice,” say Tóibín.

It’s nothing short of health care apartheid We need to treat all patients equally on the basis of need.

Catherina believes that under the HSE’s healthcare charter she should be entitled to have the surgery in another hospital which is capable of performing it, such as the Mater or Cappagh. This is an assertion that Beaumont declined to comment upon.

This isn’t what I want, I want to be back working, I’ve worked my whole life.

“Now I’ve no appetite, I can hardly walk, I’m sweating constantly, I can’t sleep. They’re giving me the kind of drugs you have to take in front of people because they’re so strong.

I have to do something, I can’t just allow myself to be discriminated against. I have to take a stand because people need to know what the real situation is. I can’t keep allowing this to happen.

Read: Man in his 50s arrested after suspected bomb discovered at Tallaght home