A DUBLIN SPOKEN word poet says that being added to the recommended poets list for the Junior Cert is “amazing”.

Poet Hazel Hogan’s poem Grangegorman has been added to the recommended list sent to Junior Cert teachers this week alongside other young poets Kerrie O’Brien and Colm Keegan.

The poem had been chosen as one of 12 poems to represent the Dublin Unesco City of Literature.

The achievements are not lost on Hazel, who was told that an A in Junior Cert English was not within her grasp.

However, she tells TheJournal.ie that the widely-spread tweet was more a personal reflection than an indictment of the education system.

“Well, it was realistic for the teacher to tell me that. It’s quite hard to get an A but I was eager and English was my favourite subject and I really liked that teacher, so I wanted to do well so I suppose it’s quite disappointing all the same. I think I got a B in
the end.

But I remembered it because of the Leaving Cert. I was just thinking about how things have changed. It’s funny looking back on that and seeing how different things are. The fact I didn’t get an A doesn’t matter now. Exam results don’t define you.

Hazel says that getting on the recommended list was a shock, but an honour. 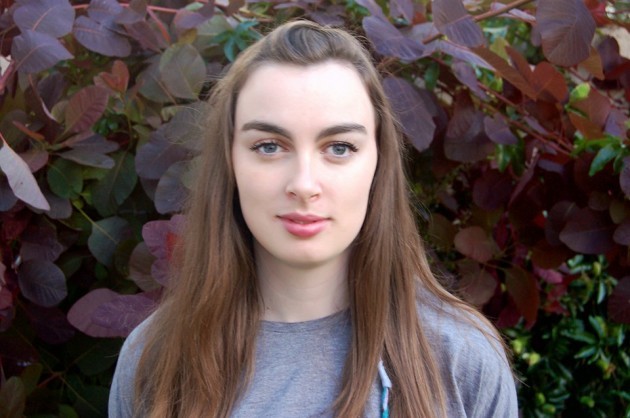 She says she awoke to a text message saying the poem had been picked.

“I was in shock. I’m on the list beside the likes of Sylvia Plath and other poets that I’ve looked up to.

“I feel very lucky. Dublin has a lovely thing going on with poetry at the moment and the fact that they picked us is amazing.”

The selection comes as Hazel prepares to release a book of poetry and street art with the collective OutStraight. That book will launch with a block party event on 9 September in A4 Sounds, St Joseph’s Parade, Dublin 1.

Read: A Maze in Cork, a Firestorm in Clare and a VR party in Offaly: Culture Night is back