The GAA made it clear at the start of the season that, in order to facilitate a two-week gap for all teams from the end of the league to start of the championship, divisional finals might not take place.

In the case where a county was due to open their championship season on the weekend of 26/27 June, the league title would be shared.

So given the involvement of almost half the football teams in the country, the prospect of shared league titles was already a likely one. However, it didn’t really become clear to the wider public until after the conclusion of the round robin games.

It’s already certain that finals won’t be taking place in Divisions 2 and 4.

A win for Donegal or Kerry in the Division 1 semi-finals would rule out the possibility of a Division 1 champion being named. Likewise, an Offaly victory over Fermanagh would do the same in Division 3.

Even in 2020, the worst disrupted GAA season since the Second World War, Kerry, Roscommon, Cork and Limerick were crowned National League champions.

Starting a competition and not finishing it properly isn’t an ideal scenario. Yes, the truncated season meant the GAA had to fit the league and championship into a tight schedule.

But there’s a good argument to be made that the All-Ireland final could have been pushed back a week in order to accommodate a fitting conclusion of the league. It also brings into focus the GAA’s decision to not to lobby for the inter-county game to retain its elite status earlier this year.

Starting the league even a week earlier would have given Croke Park the breathing room to fit in finals and showed the competition the respect it deserves. Two or three weeks would have made a world of difference.

Unlike in hurling, the All-Ireland SFC will give teams only one bite at the cherry before they’re eliminated from the running. 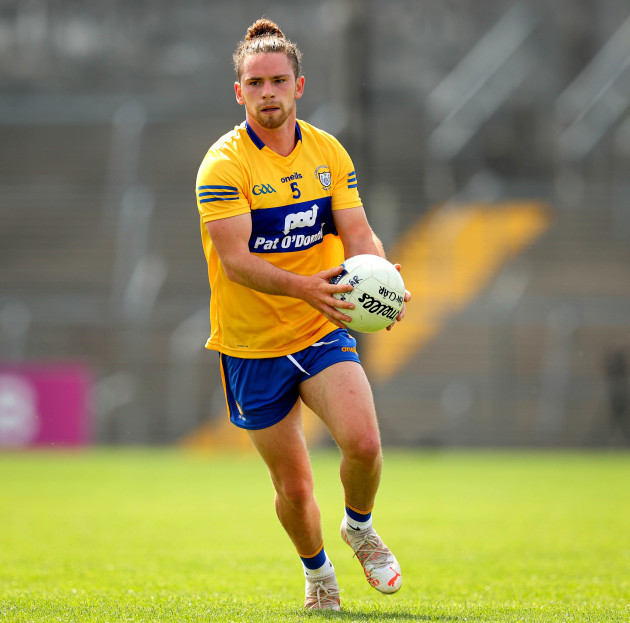 Cian O’Dea and Clare are on the verge of promotion to Division 1.

So for Clare, Kerry’s semi-final opponents in Munster, the league was always going to define their season. Similarly for Meath and Kildare, who’ll meet in the Division 2 semi-final, their championship ambitions are highly unlikely to go beyond Dublin in Leinster.

The Banner’s 35-year-old star David Tubridy, who became the top scorer across all four divisions of the league, he has been denied the opportunity to compete for national silverware with his county in Croke Park.

Offaly veteran Niall McNamee, also 35, made his 100th league appearance for the county at the weekend and likewise doesn’t have the prospect of a Division 3 final at HQ to look forward to if they overcome Fermanagh in the semi-final.

There will be no final in Division 1 of the hurling either, unless the sides that finish top of 1A and 1B meet in the championship.

With five guaranteed league games and a backdoor in the championship, the hurling system seems fairer on the players. At least beaten teams will have a second chance this summer in the small ball code.

After the work all players in both codes evidently put in during the lockdown to return in such impressive physical shape, footballers deserve the same opportunity.

The GAA’s Feargal McGill said an extra three weeks would have been required to fit in qualifiers for the All-Ireland SFC, due to the restraints of the lob-sided provincial systems.

It’s obvious that major changes are coming for the structure of the All-Ireland SFC in the years ahead, which made 2021 the perfect opportunity to test out a new format.

The traditional format still favours the might of Kerry and Dublin, and makes winning an All-Ireland much more difficult for Ulster counties.

Scrapping the provincials and running a Champions League-style competition, with a side from each division spread evenly across eight groups, would have guaranteed each county three championship games. (London’s absence would mean just three teams would compete in one group).

Or an open knock-out draw with a qualifier system would provide each county with at least two games of championship fare.

An opportunity was missed to try out a different formula, provide a more fulfilling league programme and have champions ordained at the end.

It’s true that having the league so close to championship means some managers may view the games as glorified challenge matches.

But taking part in a competition with no eventual winners…what kind of sport is that?