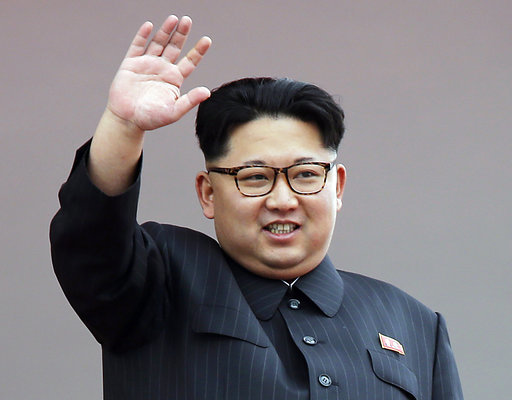 WHEN KIM JONG-un took the helm of North Korea in late 2011, speculation swirled around the young, Swiss-educated leader.

What would he do for an economically backward authoritarian nation that had been in a high-stakes nuclear standoff with its neighbors and Washington for years?

Almost six years later, there are still unanswered questions, but some things about Kim have come into focus. His rule has actually seen the economy improve and, when it comes to the nuclear drive, it’s obvious Kim has a more uncompromising stance than his late father, Kim Jong-il, who occasionally sat down for talks with Washington in a bid to gain concessions.

Kim Jong-un seems uninterested in negotiations until he perfects a nuclear missile capable of striking anywhere in the United States.

The stance has so far worked and he’ll likely achieve this nuclear deterrence against the United States fairly soon if he’s not stopped. Here’s a look at Kim’s nuclear gamble and what the future might hold.

His father, who ruled North Korea from 1994 to 2011, also ordered a string of weapons tests, but he let diplomats pursue now-dormant international disarmament-for-aid deals.

No such talks have happened under Kim Jong-un. He has overseen three of the North’s five atomic test explosions and both of its successful satellite launches, which are seen by the United Nations as a disguised test of long-range missile technology. 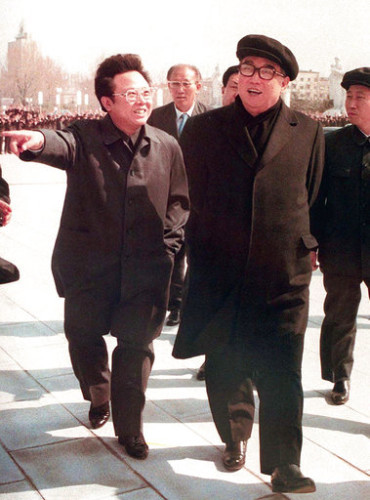 And then there’s the 4 July ICBM launch, the North’s most successful missile test to date. Afterwards, Kim said he will never put his nuclear and missile programmes on the negotiating table as long as US hostility and nuclear threats persist.

What accounts for Kim’s boldness? It might just be his nature. Kim, believed to be around 33, may have strategically chosen to push the nuclear programme after determining that the United States won’t attack because of fears that a North Korean retaliation would cause enormous casualties in South Korea.

Kim may also have determined that China, North Korea’s main ally and aid benefactor, might agree to tougher international sanctions against North Korea but would stop short of doing anything to bring down Kim’s government, which could trigger a flood of refugees over their shared border and potentially a unified Korea with US-allied Seoul in charge.

North Korea’s small yet gradual economic growth in recent years has also allowed Kim to focus on furthering his nuclear ambitions. His father, by comparison, resorted to outside handouts to feed many of his 24 million people after a devastating famine in the mid-1990s killed tens of thousands.

What does he want?

Kim’s propaganda machine argues that the nuclear deterrence is a “treasured sword” meant to cope with US aggression.

Since his inauguration, Kim has not met any foreign leaders or travelled abroad. The most high-profile foreigner he has met is former NBA star Dennis Rodman, who regaled him with a rendition of Happy Birthday at an exhibition game during one of several trips to Pyongyang.

Kim has repeatedly promised to achieve Korean unification, and he likely thinks his nuclear bombs will deter US involvement in the event of another war on the Korean Peninsula. “If North Korea demonstrates its ability to strike Washington and New York … and threatens to turn them into a sea of fire, the US couldn’t easily enter a war,” Cheong said. 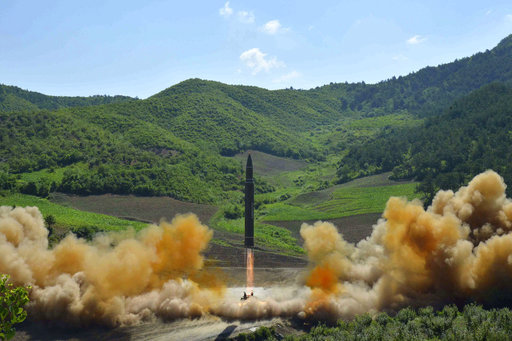 This 4 July photo was distributed by the North Korean government. It shows what was said to be the launch of a Hwasong-14 intercontinental ballistic missile.

After perfecting a functioning ICBM, which could take a couple of years, Kim could push for talks to win big outside concessions in return for imposing a moratorium on nuclear and missile activities. Even so, he won’t likely give up his already-developed weapons.

In the event of such talks, Kim would likely want big aid packages, the suspension of annual US-South Korean military drills that North Korea views as an invasion rehearsal, and the signing a peace treaty officially ending the 1950-53 Korean War, which would allow him to push for the withdrawal of the 28,500 American troops stationed in South Korea.

What stands in his way

Kim’s dogged quest for nuclear weapons may also relate to his hunger to be seen by his people as a strong leader and to establish the same absolute power held by his father and his grandfather, national founder Kim Il-sung.

This would make it hard for him to back off.

“He cannot give up nukes because they are the core of his power,” Cho Han Bum, an analyst at South Korea’s Korea Institute for National Unification, said.

The North Korean ICBM could be capable of reaching Alaska, but weapons experts say the North still needs to master several more technologies before the missile will work perfectly.

When that happens, the US might reconsider military strikes so as not to let other rogue states think they could get their own nuclear programmes if they simply hold out, Cho said.

Aside from a US attack, the most painful measure against North Korea could be a Chinese suspension or drastic scaling back of its oil shipments to the North.

China sends about 500,000 tons of crude oil to North Korea, mostly for free, every year. That accounts for 80-90% of the North’s domestic consumption, according to Cho Bong-hyun of Seoul’s IBK Economic Research Institute.

It’s not clear if China would suspend the shipments even if North Korea’s nuclear threat becomes more dangerous. But if a suspension happened, the North’s military, the backbone of Kim’s rule, would suffer because it cannot effectively fly warplanes and operate tanks without oil.

That will lead to Kim’s grip on power loosening, Cheong predicts.

“We can see he’s so far run North Korea in a smarter way than his father because the economic conditions have improved and the military power has been bolstered,” Cheong said. “But there is a high possibility that his adventurous, uncompromising attitude will eventually make things turn out badly.”

Read: North Korea has ‘built an intercontinental ballistic missile’, so what now?

Read: United States warns North Korea it has ‘considerable military forces’ and is ready to use them