ALONG WITH THE empty stadia, the injuries, the bad luck and the bad results, another recurring theme of Stephen Kenny’s Irish reign thus far has been his deep and abiding aversion to a single question.

Is this game must-win?

Kenny bristled when the question was asked prior to the World Cup qualifier against Luxembourg, and given how that went, it was asked again today ahead of next week’s friendly game against Andorra.

“How would you define must win?”, came the manager’s response.

“Do you feel you have to get a win to get off the mark?”, was the clarification.

“Of course I’m disappointed we haven’t won matches before now”, replied Kenny. “I’m not going to try and paint another picture. We want to get a win, that’s certainly the ambition.”

And is there added pressure to get a win?

Kenny’s Ireland remain winless in 11 games, and are heading to Girona for a post-season training camp along with a double-header of friendly games against Andorra and Hungary.

The camp finally gives Kenny a chunk of time on the training ground with his players, a luxury denied him by a succession of three-game windows. ”

“We have training time on the pitches which is critical. It gives us a lot of time on the grass, but also it’s probably more a relaxed environment. We’d been sort of living in a Covid-induced window.

“It has to be fun when you’re training and you’re playing. You want an element of fun so people can enjoy themselves, Sometimes in a Covid environment that’s difficult for people. I’m not saying we’re out of the woods with regards to the Covid situation, far from it, but it should be a more relaxed environment in the training ground in Girona.

“We’ve a good lead-in time from the Friday to the following Thursday against Andorra. It’s an opportunity to get some good work done.”

That meeting with the 158th-ranked side in the world will surely lead to the end of the winless run, too.

“We’re just looking to go and have a good week and obviously integrate a lot of players into the group”, said Kenny when asked what constituted success across the camp.

“We’ve radically changed things, obviously. Before this camp even we’ve brought 15 new players into the international team in a six-month period, and we’ve capped 13 – not including Aaron Connolly, who was capped once already – which is quite radical.

“Some might feel it’s too much change too quickly and I understand that viewpoint, but I my opinion, that is necessary because we’ve had absolutely no development for about eight or nine years. We’ve had one player through in nine years and nobody really looking at that, and then a huge demographic between players 29 and 30 and 20 and very little in between.

Youth is certainly the theme of the 27-man squad named for the friendly games, with 16 of the squad aged 25 or under. That includes the four new faces called up for selection: Shamrock Rovers’ Daniel Mandroiu, Norwich’s teenage defender Andrew Omobamidele, St Mirren’s 17-goal midfielder Jamie McGrath, and Rotherham winger Chiedozie Ogbene. 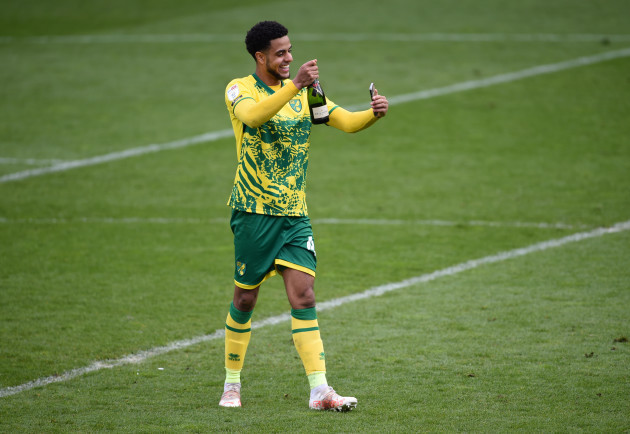 Kenny praised McGrath and Mandroiu’s technical abilities, citing both players’ goalscoring potential and the latter’s growing maturity following his return to the League of Ireland from Brighton.

Ogbene, he says, is the kind of out-and-out winger his squad lacks, while he said Omobamidele’s acceleration to the senior squad has been quicker than expected, having broken into the Norwich first team in the final weeks of the Championship season.

Several established players are missing, however, through a combination of injuries and chronic niggles withstood across a long, arduous season. Among the more experienced players to miss out are Alan Browne, Robbie Brady, Kevin Long, Enda Stevens, Ciaran Clark, Jeff Hendrick,  and Callum O’Dowda. 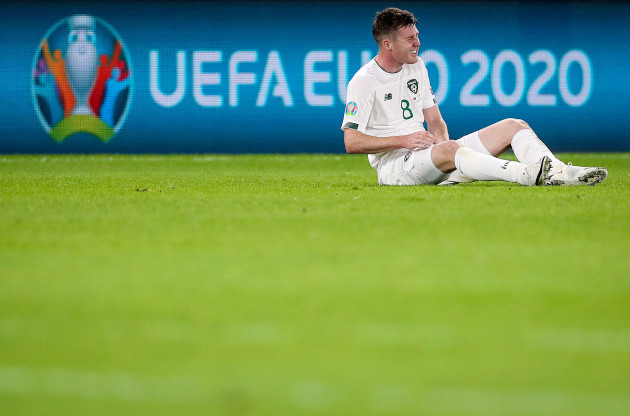 James McCarthy is missing too, in spite of the fact he played in all of Crystal Palace’s final three games of the season, including almost all of the final-day defeat at Liverpool.

“James has had a really tough season overall going back to last October, when he got injured against Slovakia – he tweaked his hamstring after an hour of that game”, explained Kenny.

“He’s had a very, very tough season since and only recently, he’s got back into the team and he’s played 70 minutes and nearly 80, and yesterday he played 88 actually, and now he’s out of contract. James is just trying to get himself right physically. He’s a terrifically talented player and he’s just managing himself at the moment and making sure he’s right.

“It would be tough for him to come straight off that, having not really played matches in the season, into an international camp and play international games up a level. It’s asking a lot. We need him to get himself right and whatever club he’s with next season, have a good pre-season and try to start the season and put himself in contention for September. That’s the best option on that one.”