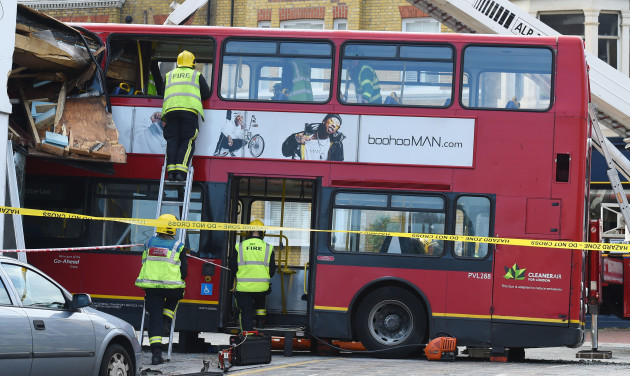 Emergency services at the scene in Lavender Hill

A LONDON BUS ploughed into a shop on a busy street in the British capital this morning, leaving two people trapped and others hurt after the driver blacked out, witnesses said.

Pictures on social media showed shattered glass and paramedics tending to passengers on the upper deck of the red double-decker bus. 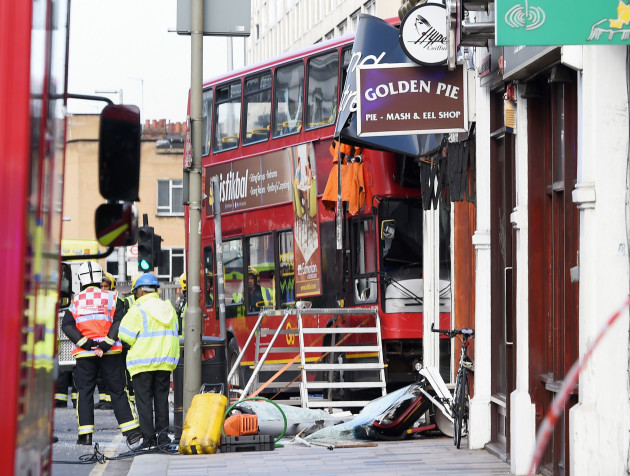 Passenger Amy Mullineux, a nurse, said the driver told her he had lost consciousness.

“He said he blacked out before the bus hit the shop,” the 40-year-old said. “He doesn’t remember hitting anything.” 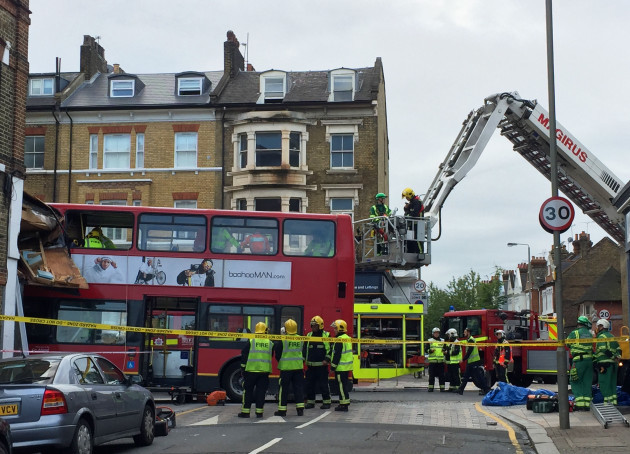 Another passenger, Andrew Matthews, 34, said around a dozen people were on board when the bus began to drift off the road.

“As soon as the bus came to a stop there was yelling, screaming,” he said. “I noticed a lady wedged in the front right-hand side. She was screaming for help. There was a lot of blood.” 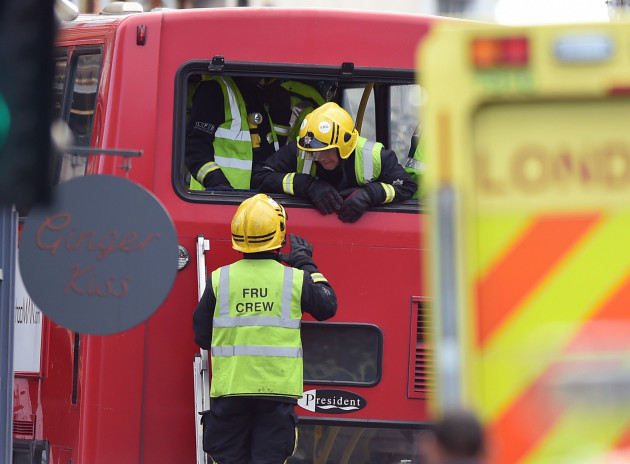 The two passengers initially trapped were freed by firefighters and the bus driver was taken to hospital. London Ambulance Service said they had treated 10 patients.

We have now treated 10 patients following incident in #LavenderHill. Three patients have been taken to hospital for further treatment. https://t.co/yCGkMbZA9T

The accident happened on Lavender Hill, in southwest London, known for the 1951 British comedy film The Lavender Hill Mob, starring Alec Guinness, Sid James and a young Audrey Hepburn, which won an Oscar for best screenplay. 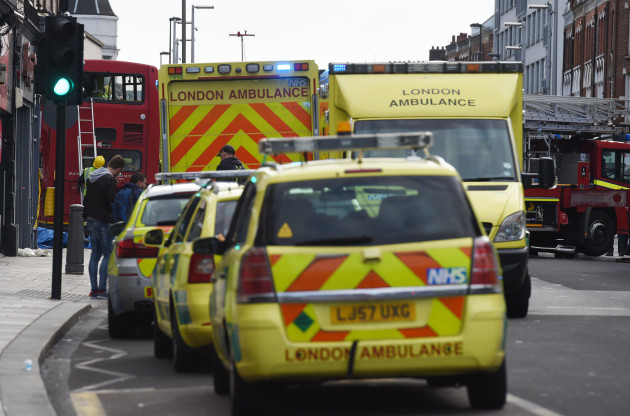 Read: ‘It’s been two years of a nightmare. My brother is still gone. It won’t bring my brother back’

Read: Residents at disability centre spat at and under constant threat of aggression