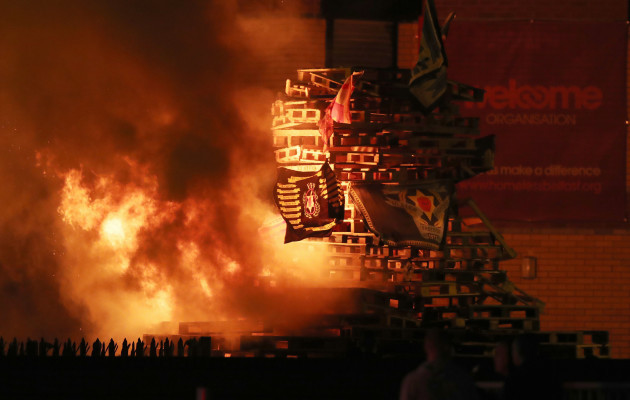 Bonfire on the Falls Road in Belfast

BONFIRES WERE LIT in the North last night as republicans began to mark the anniversary of the introduction of internment during the Troubles, leading to a second night of clashes between young people and police.

On Monday night, police in Belfast were attacked and cars were torched by youths after the removal of wood from a nationalist bonfire site.

Police Service of Northern Ireland (PSNI) Superintendent Andrea McMullan said officers were dealing with “localised disorder in the Friendly Street area of the Markets”, which she said was caused by a small group of youths. 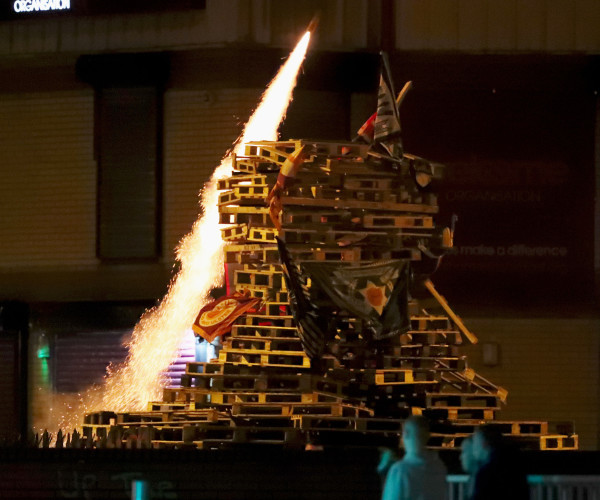 A firework is launched as the Falls Road bonfire is lit.

She said that children as young as 12 were attacking police and parked cars in the area. “Police will not tolerate such wanton violence,” she said yesterday.

Despite this, however, further fires were lit last night as youths clashed with police again. 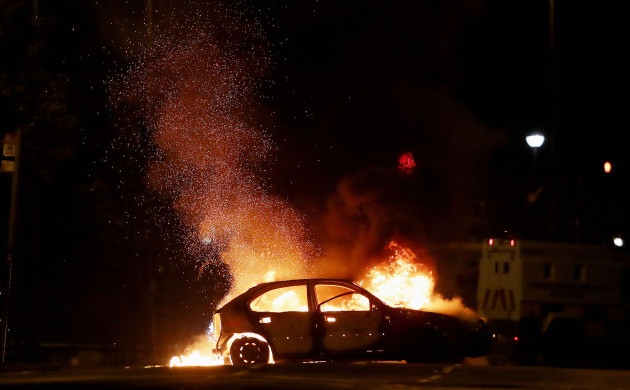 Sinn Féin has condemned the behaviour of those attacking police. Local councillor Deirdre Hargey described the disorder as “unacceptable”.

She said: “There is no defending this behaviour at all and it needs to stop now.”

The party’s north Belfast councillor, JJ Magee, told BBC News he understood that two cars were set alight in the New Lodge area and one petrol bomb was thrown at police last night.

Police at the scene where a car was set alight on Belfast's North Queen Street. @pa pic.twitter.com/2R5UQMuUQE

Internment was a policy introduced by the Northern Irish government in 1971 which saw Irish republicans arrested and imprisoned without trial. No loyalists were arrested during this time, despite the violent acts from both sides.

Read: Police attacked in Belfast after removal of wood from nationalist bonfire site

Read: ‘Brexit seriously risks driving a wedge between the North and Ireland’