MANCHESTER UNITED LAID down yet another marker on Saturday afternoon as they defeated Swansea City 4-0, meaning Jose Mourinho’s side have scored eight and conceded none in the opening fortnight of the new Premier League season. 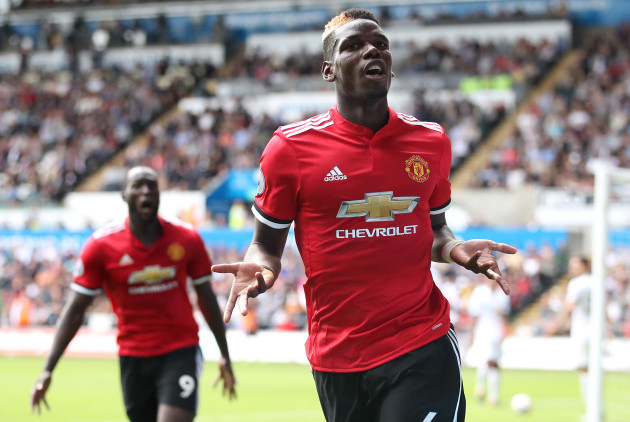 Paul Pogba scored and assisted in his side’s impressive 4-0 victory on Saturday afternoon.

Despite the scoreline Paul Clement’s side more than held their own until the final seconds of the first half, as Eric Bailly prodded home from close range to give his side the lead moments before half-time — the defender’s first goal following a £30 million move from Villareal last summer.

Swansea created a number of close chances for Tammy Abraham after the break, the 19-year-old striker dangerous throughout for the hosts, however they failed to take any of them as Clement’s side lacked a killer touch in front of goal to truly test David de Gea.

Romelu Lukaku doubled his side’s lead with a deft left-footed finish inside the penalty area — the striker’s third goal in two games following a brace against West Ham last weekend.

While in a stunning blitz which saw United score three goals in four minutes Paul Pogba added a third on 82 minutes, as Swansea looked more and more desperate for the sound of referee Jon Moss’s final whistle. 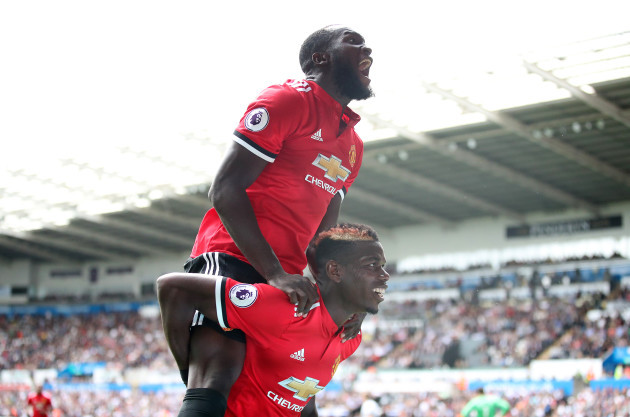 Both Romelu Lukaku and Paul Pogba got on the scoresheet on Saturday afternoon.

However second-half substitute Anthony Martial heaped further woe on the hosts late on with a fourth and final goal for Mourinho’s side just two minutes later,.

With oceans of space ahead of him the forward cut inside before curling the ball into Lukasz Fabianski’s bottom corner to wrap up a resounding 4-0 victory at the Liberty Stadium.

The win reaffirms the view that the Red Devils will push hard for a first Premier League title in four years this season, while also emphasising the strength in depth which manager Mourinho has at his disposal.

Man of the match Pogba may have been lucky to avoid a sending off following two rash challenges in quick succession in the first half.

However the midfielder provided a second-half masterclass to score and assist, while 28-year-old Henrikh Mkhitaryan also impressed with two assists of his own in a win which maintains United’s lead at the top of the table.