COUNTRIES ACROSS THE world are cracking down on plastic bag use by charging a levy for each one used in shops.

Ireland introduced its own levy back in March 2002 meaning that each bag would cost customers 15 cent. This was then increased to 22 cent in 2007.

However, there have been attempts in recent months to curb all usage of plastic bags because of their environmental impact.

A complete ban on the bags came into force on Monday in Kenya and those found violating the new regulation could receive maximum fines of $38,000 (€31,720) or a four-year jail term.

So today we want to know: Should the plastic bag levy be increased? 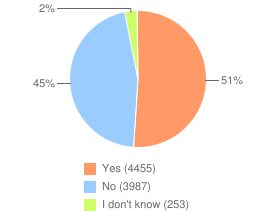