REMEMBER THE DEBACLE about the BBC losing the Great British Bake Off?

Last September, Channel 4 revealed it had bought the TV show – but presenters Mel Giedroyc and Sue Perkins, along with veteran baker and judge Mary Berry, said they wouldn’t be moving with the format.

So, tonight, when it airs for the first time in its new home, viewers will see Noel Fielding, Sandi Toksvig and Prue Leith in their place alongside original judge Paul Hollywood (who has made the switch after signing a three-year deal).

To put it mildly, lots of people were unhappy about the change and the critics who have been given a sneak-peek of the first offering are underwhelmed.

But after spending a reported £75 million, Channel 4 bosses are hoping to win fans over. But will you tune in?

Today we want to know: Will you watch the Great British Bake Off tonight? 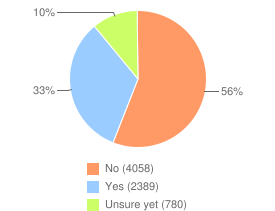